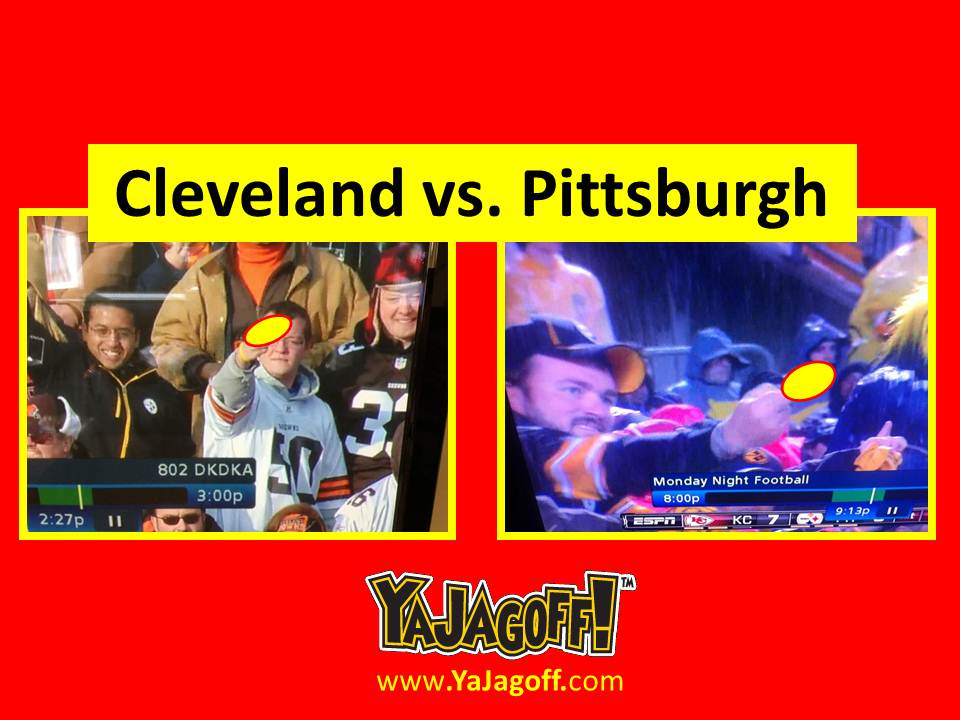 Well, things were set for today.  We had ourselves a nice blog post about Black Friday Jags cuz, whodda thunk that we would have needed to write a blog post about ….(can’t even write that)… NOT WINNING to the Cleveland Browns.  And then it REALLY happened……

It was sooooooooooooooooo bad that, on the police scanner, we heard the City of Pittsburgh Police securing the bases of all of the bridges.  Even THEY knew this was bad and could cuz Steeler fans to take to the bridge…given the phone calls to the post-game TV and Radio talk shows, it seemed like someone could have sold 3-foot personalized jumping plots all along each one of the County’s 446 bridges!!!

So we decided to let fans vent so that they wouldn’t go into work today in nasty moods.  We couldn’t post them all but, here’s a few:

Tom Howie I really feel sorry for the defense, 2 weeks in a row they played great football. only to go home with a loss. The offense had 7 turnovers, most of them on the Cleveland end and still the defense only gave up 20 points. That’s damn good defense.

Ed Kmetz How fitting that the game ended on a fumble?

Tiffany Woelfel Kovalcin What in the HELL was THAT?

Edward Roth Memo to Big Ben – don’t EVER hand Li’l Ben to any of your running backs to hold.

Colleen Kane Pauley They should have put Ben Jr in!

Mary McAnallen I’ve noticed Todd Haley is never mentioned in any of this stuff, so I’m doing it. I think Todd Haley is a lousy Offensive Coordinator. I think he’s offensive, arrogant, and a poor stratigist. I think Coach Tomlin is letting him swing so he can watch the fall. I think the play calling and game planning is stupid,poor,ridiculous, embarrassing and not as good as most people can do in their backyards! And that’s all I’ve got to say about that.

Dave Kulwicki How about we look for hungry running backs on the open market looking to redeem themselves, these guys we got don’t seem to appreciate what they have….

Thomas Hinkelman Can’t wait!!! GOODBYE charlie, byronrashard , woodley and polamalu, have a nice retirement but these guys are just stealing money! loved you as players not into paying you all to WATCH!!!!!!!!!

Teri Gardner Please get a real back up quaterback that is young!!

Chris Twitch Brant …… But there is no excuse for not holding onto the ball. I love the steelers but today was an overall disappointment. It’s time to get a good quality back up for Ben that can shadow and learn from him and take over when Ben is done….

David Fero Charlie did his best. He had very little help.

Bill Harvanek The defense has been LIGHTS OUT the last 2 weeks. Only 9 points given up by them in the past 2weeks that weren’t put on them by the offense

Jen Val-Bls Lüc If you can’t back your team up when they’re down & out…You shouldn’t be a fan. PERIOD! Ya Jagoffs!!

Lori Drost Alesson Hold onto the ball for crying out loud….

Shannon Barth Roberts Too many turnovers. Ugh, what’s up with that??

David Fero Cleveland sucks? Yeah but they aren’t the only ones.

Devin Gallagher When the hell are we going to spend some money on a quality back up for Ben??? Love Batch but its time to hang em up dude! Leftwich just plain SUUUUUCKS!! Hell we let him go once and brought him back….WTF???!! And you dumbass running backs, what the hell was up with you today?? No excuse, you get paid a ton of money to do one thing…FIGURE IT OUT JAGOFF’s!!!

Jarid Keith Goodwin Can they just hold on to the ball. Please.

So here’s our two-cents worth….sure, we all knew that Charlie was the 3rd string QB… including Mike Wallace….do ya think he might have worked a little harder to get back and catch a ball or two on Charlie’s behalf?  And, given how much we fumbled the ball, did the Steelers hang out at The Winking Lizard eating sloppy BBQ (something good about Cleveland) before the game and forget to WORSH their slippery hands?????????????

Well, hopefully this has helped with everyone’s blood pressure. In the meantime, referring to the photo above, the only thing it looks like Cleveland DID NOT beat us in is throwing hand signals on national TV.  You see, OUR GUY, on the right… did his on a bigger stage…Monday Night Football!  And as we tweeted yesterday, here’s hoping that NEITHER of these guys are pastors, school teachers, school district superintendents or politicians cuz, those pics could game back to hit you in your wallets, in a Mike Wallace dropped balls, kind of way, YA JAGOFFS!

Photo Credit to Megan Wolfley for the Cleveland Dude Pic on Twitter.