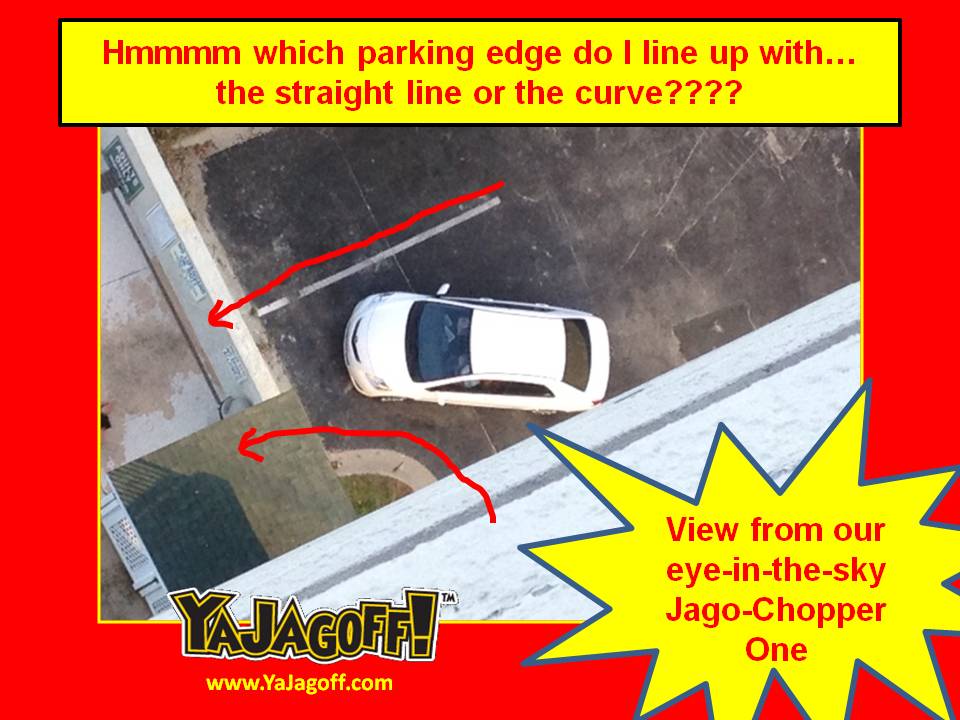 If you’re new to this blog, WELCOME.. we love Pittsburgh and we post things and people that make a point of trying to embarrass the rest of us.  And of course, every Pittsburgher/ex-Pittsburgher/Wanna-be Pittsburgher is officially deputized as an “Honorary Jagoff Catcher.”

The pic above comes from our Myrtle Beach Bureau news chopper, Jago-One, as the pilot was hovering over the Myrtle Beach area.  The chopper just happend to be on an emergency run for discounted gross-quantities of golf balls because we have a charity outing coming up and, we typically go through 2-3 dozen golf balls at any one particular shot-gun-start scramble… PER PLAYER!

So about the photo above, forget about the Pittsburgh Parking Chair……you could put 4 rows of those old Three Rivers Stadium memorabalia seats between this car and the white line.  We usually try and give everyone a chance to explain themselves for their Jagoffery cuz, could someone REALLY be this horrible at parking???

For example, did the driver have to run into the condo to pee after a long ride?  Did their vehicle just happen to run out of gas as they were in the middle of parking?

Or… was it that this was their arrival day, and they had a car load of boogie-boards, coolers, corn-hole games, 2 crock pots and 3 screaming kids to unload and, when the driver pulled in, they spied an unused self-service luggage cart sitting in the corner which, at beach-condo check-in time, is about as rare as the number of people in Pittsburgh that like NFL Commissioner Roger Go-ta-hell?

Another valid excuse we have proposed as a potential alibi in the past is:

I thought I was parking my car on the new Facebook Timeline and eventually had NO idea what I was looking at and got disoriented to the point I had vertigo.

In previous “Parking Jagoff” posts, we have offered NUMEROUS solutions to helping people be less IG’nernt with their parking.  Our favorite solution is, hire some of the guys, that manage those North Side parking lots during Steelers games, to work at this condo lot. Ya know, those guys that charge $45 CASH for every spot you take whether it has a 4-foot hole full of broken glass or not?

At $45 per spot, we guarantee that will teach “Peter Parkers” how to take up ONLY one spot because, at THAT rate, EVERYONE figures out how to squeeze their Winnebago-with-an-attached-fresh-pig-on-a-spit-trailer into a spot the size of a Smart Car, Ya Jagoffs!

Here’s one of our chairs hanging out at Myrtle Beach!

Thanks to the Laurie Herendeen for the photo. 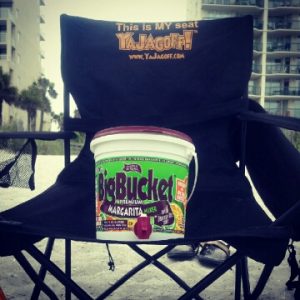 Second, thanks to EVERYONE who has followed this blog for the year-and-a-half we’ve been up.  Yesterday, because of all of you, our blog was announced as Pittsburgh Magazine’s “Best Local Blog.” 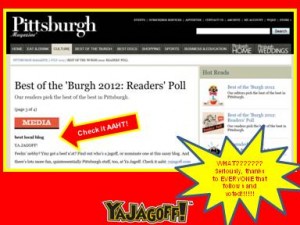