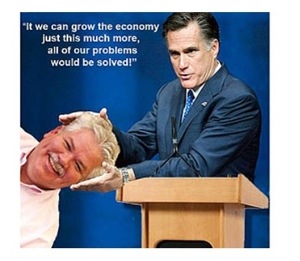 As a matter of note, today’s post is being written under EXTREME pressure. For the second time in three weeks, the laptop has crashed!

(Any day now we expect to get an email from one of our neighbors with a pic of our untouched yard asking for a Neighbor Jagoff posting!)

Most of you know that, back in July, the Pittsburgh newspaper that has the initials of “P” and “G” banned the word “jagoff.” Because of that, we banned that printed news entity’s name from our blog and now refer to that entity as the “News Paper Whose Name Is Now Banned By Us.”

Yesterday, Mackenzie Carpenter, of the “News Paper Whose Name Is Now Banned By Us,” wrote a very cool article about the new photo app yinztagram.com.

In the article there’s a quote from, Drew Von Arx, the inventor of the app, that says:

“If you come into the coffee shop on any day, chances are you’ll hear me being a [Pittsburghese word for annoying wiseguy that begins with a ‘j’],” said Mr. Von Arx. “I like to think of ways to make people’s eyes roll.”

Did ya see what happened right there?? The reporter had to write around OUR favorite word because of Dave Shribman’s ban on the word JAGOFF!!

First, make sure you check out YINZSTAGRAM cuz we can use it to catch, well….um… jagoffs!

Second, we believe this reporter from “News Paper Whose Name Is Now Banned By Us,” did a wonderful job dipping into their creative bucket to write around our fav word (which is NOT a swear word.)

Third, hey Dave Schribman The-Jagoff-Banner, we are still working on trying to get this word in that paper somehow.

We suggested a company that sells mirrors write this into their ad, FFOGAJ so that, when a reader holds it to a mirror, they see JAGOFF. But one of our followers, Rosanne suggested this:

Well, you can put an add in paper that reads. Jaguar for sale, low mileage, great condition. Got the Jag off from my dad he hardly road it! Please call if interested to etc.etc.

In the meantime, you’re a lucky guy, Davey, cuz our laptop and lawn mowers are the priority recipients of our frustrations. As soon as one if those lawn mowers is running, we’re gonna run it over our laptop and THEN we’ll be back to somehow getting this word back in the “News Paper Whose Name Is Now Banned By Us,” Ya JAGOFF!!!

Thanks to Facebook Follower Dan Casciato and Twitter follower @SixDegreesPGH for dropping the dime on this story.

SPECIAL thanks the the iPhone and WordPress App on which we created today’s blog!!! Awesome in a panic.  (Now that our eyeballs are hanging down to our knees from that small font!)