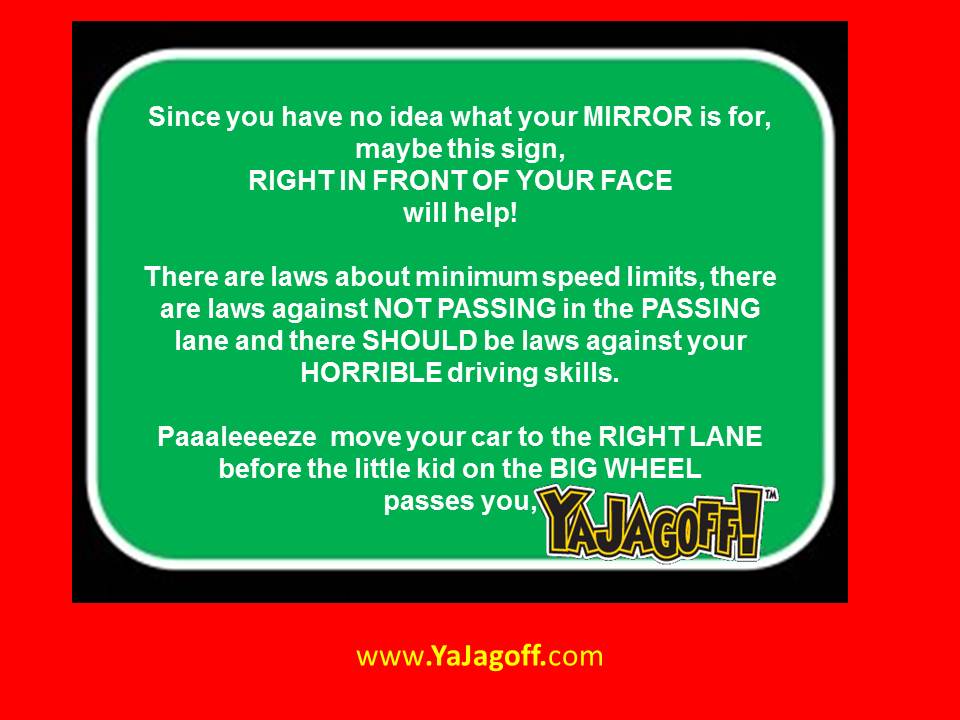 Sometimes we have guest blogs.  And sometimes we have followers submit us ideas to post.  BUT…… don’t think we’ve EVER had a someone submit us an idea for posting that was a perfectly written blog post!!!!!  Check this out:

This morning on my way to work, as I drove out 79 North, I encountered one of my favorite things, the left lane driver who is no hurry to be anywhere. Apparently, this person hasn’t heard of the law the tells us not to drive in the left lane unless we are passing another vehicle, and obviously has never been running late for work after a morning of dealing with her demon spawn to get out the door on time.

She’s also never heard of a rear view mirror that would show her the line of 20+ cars behind her all trying to make it to work before Christmas.

Perhaps the dump truck hauling a load up hill AND passing her in the middle lane should have been a clue, but nope, that didn’t register. Maybe the fact that there were cars flying around from behind her into the other two lanes just trying to break the bottle neck could have given her a clue? Perhaps not!

The best part of the commute was when the above mentioned left lane traveler threw her hands about in a fit of rage because a vehicle was driving closely behind her (actually lots of vehicles).

To you, dear woman who shouldn’t be allowed out of your house during lunch hour, or rush hour, the next time you feel the need to wave your hands around, try using them on the turn signal and get out of the left lane, YAJAGOFF!

Thanks to Facebook follower Michelle Marra for being our Honorary Jagoff Catcher (and writer) today!!

We need photos of your living, deceased, active, reserve, retired VETERANS for a  special post on Monday.

Click the graphic below to submit a photo, name, relationship and branch of service. 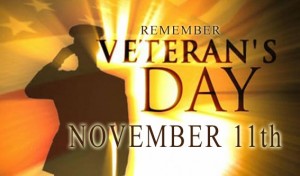