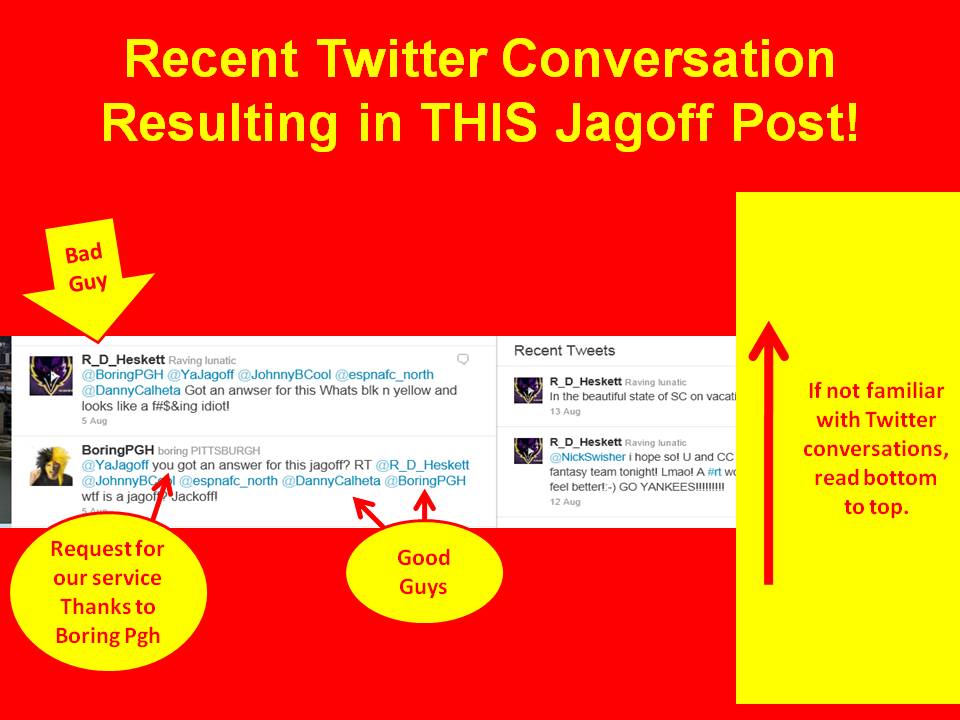 So we get called into this Twitter conversation by @BoringPgh where a Ravens fan is showing his true Baltimore class.  Here’s the set-up:

Our man Danny tries to have an intelligent conversation about the Cleveland history of the Ravens. 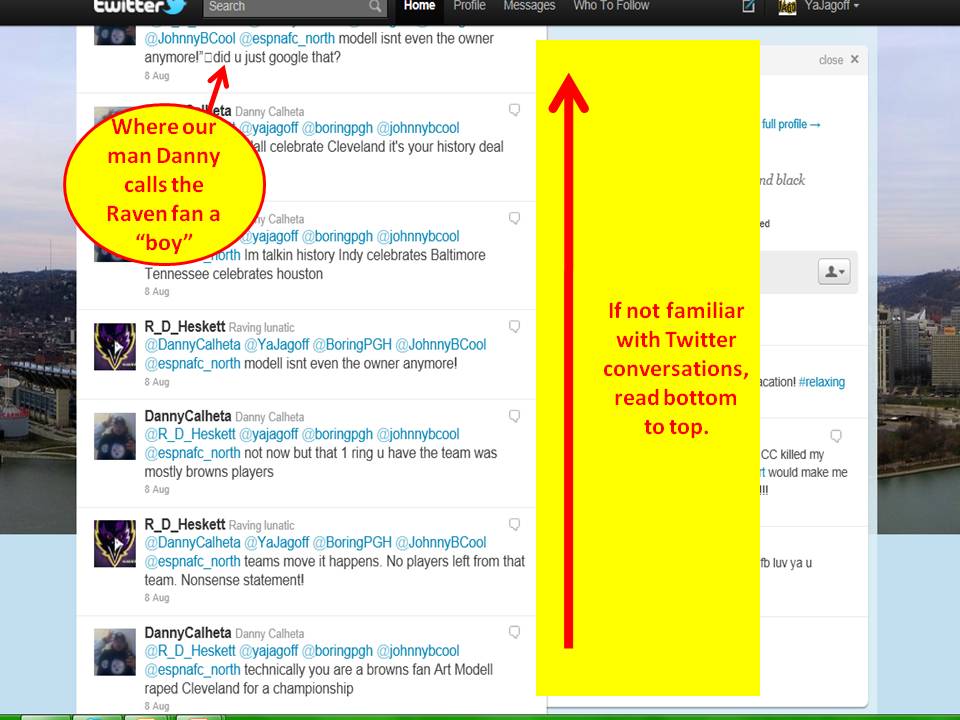 But the Ravens’ “raving lunatic” shows his “Baltimore Crab”  attitude for no good reason. 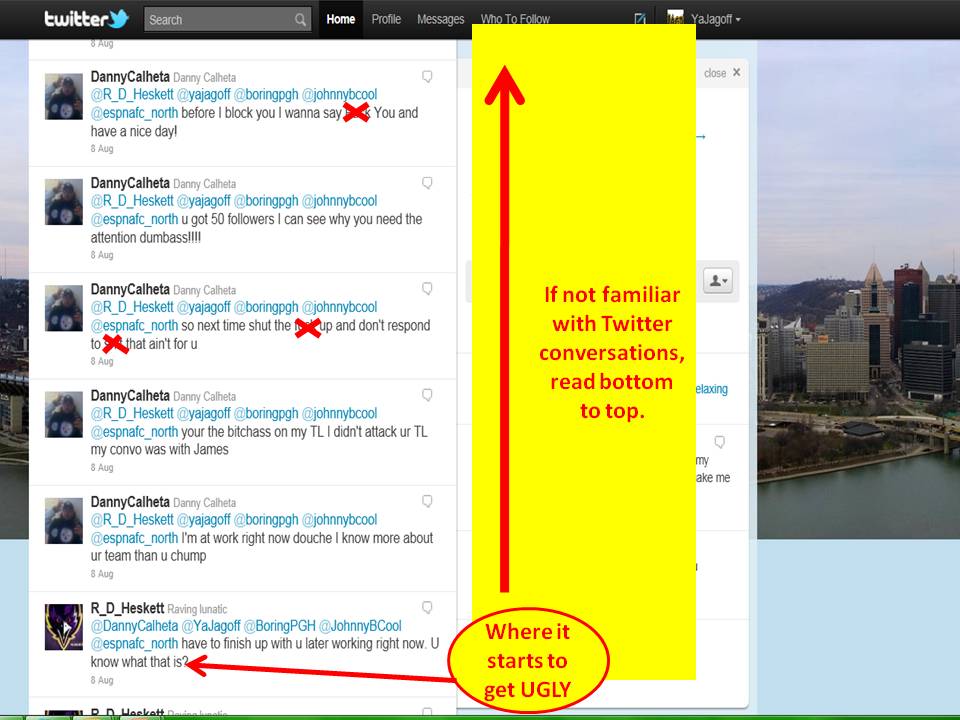 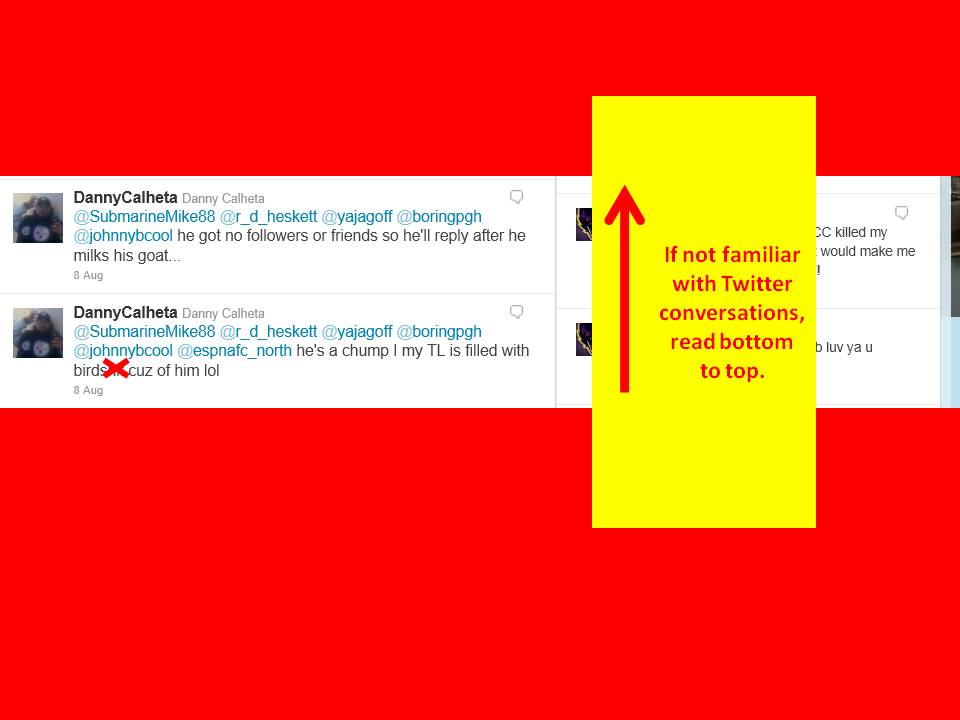 The remaining Twitter conversation won’t be published but the Ravens Tweeter heads into some dark, idiotic place of slinging profanity about goats and submarines that makes about as much sense as admitting you can kick some body’s ass because you were the tuba player in the high school band!

Hey R_D_Heskett of Baltimore, sorry that your knowledge of football stops at what you read on the internet and that your indepth knowledge of profane slurs will not help you on your upcoming MENSA test.  We WOULD throw an insult your way like, “You’re an idiot” but you’d only come back with, “No! You’re a @#$ @#$@ idiot.”  Or we’d say, “Your mum texts Brett Favre” but all you would be able to come back with would be, “No, YOUR @%@* texts @%# Brett Favre!”

The GOOD NEWS is, we tweeted an insult about you that said, “@R_D_Heskett isn’t fit to live with pigs” and most of your HUGE following of 50 people stuck up for you by responding with, “YES HE IS”, Ya Jagoff!

Thanks to the following Honoray Jagoff Catchers for this post @BoringPgh and @DannyCalheta. Also check out the Boring Pittsburgh Website HERE!