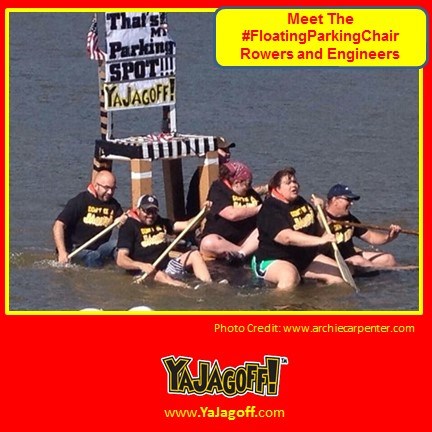 On July 4th, the “Floating Parking Chair” (#FloatingParkingChair on Twitter) embarked on it’s journey to win the Pittsburgh 3 Rivers Regatta “Anything That Floats Race.”  But before that voyage, which, some folks had reported that we had come in 7th out of 20-plus boats (unverified by Dewey, Cheatem, and How CPAs), there was lots of work and calisthenics.

When I put out a call for team members on the website, people responded quickly.

Vinny Ryan, a rookie out of Fresno State, came up with the Floating Parking Chair concept.  Unfortunately, “The Vin Man” never made it to the race because he had picket line duty.  But we made his dream and vision come true. 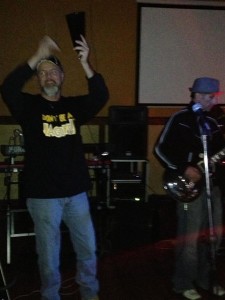 Michael Pellas, downtown-dweller blogger (MichaelPellas.com) and Jason Davidson, both rookies out of Fresno State, were in as rowing power. 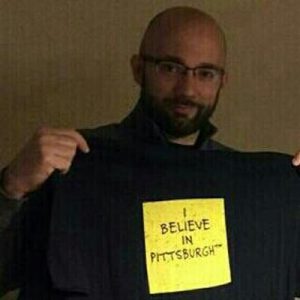 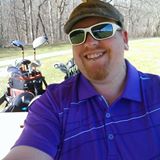 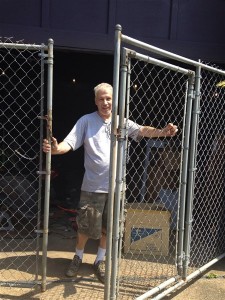 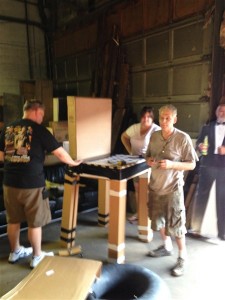 Scott, Beth, Dave and the Most Interesting Man working on the chair

Michael V, a rookie out of Fresno State, was Dave’s only REAL helper on the REAL construction activities since I barely know what end of the hammer is the hammer-er-er.  I was scolded by Dave numerous times for my lack of “shop etiquette.” 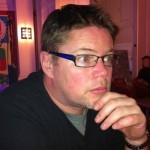 We were confident the vessel was going to float since Dave levitated on it the one night.  Thanks to Alberto for capturing it with his iPhone specter detector app. 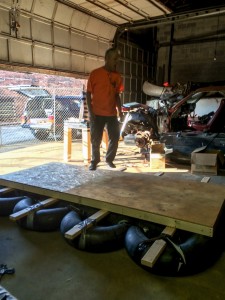 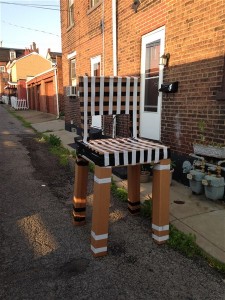 Beth Wolfe, the Executive Director of the Pittsburgh Emergency Medicine Foundation, also out of Fresno State, posing with the chair since her and her man Scott (from Fresno State) did “the weave” of duct tape. 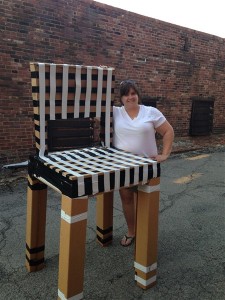 George Dudash, Chief of Northwest EMS, a rookie out of Fresno State, decided to go all “Corporal Klinger” kind of crazy in order to get out of being on the boat the day of the race but he did supply us with those sexy life jackets that we aptly placed under our Jagoff t-shirts. 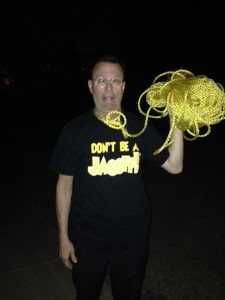 Amanda Narcisi, a rookie out of Fresno State, put the make-up on the pig by designing the chair signage.  You should follow Amanda’s online Pittsburgh publication, Bold Pittsburgh.

The vessel was finally complete after 3,201 rolls of duct tape and Alberto Benzaquen… a Twitter Celebrity from IBelieveInPittsburgh.org … took a quick photo with it and then headed straight to a local chapel to light votive candles and pray to guardian of boats, St. Please Dont-LetMeSink, until 3am. 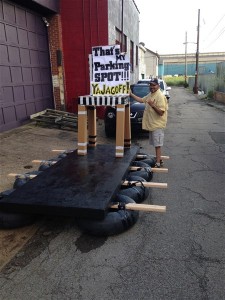 Eventually it was Game Day.  Time to show up to the river’s edge.  Attach the chair to the vessel and then work out.. I mean… eat donuts! 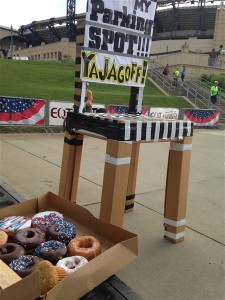 After some parking confusion thanks to none of the parking lots being open, our man Scott (blue hat) missed the boat… LITERALLY!  He got back from moving his truck just in time to see us launch but met us at the end. Not sure who got the hardest work-out, him running around the North Side or us rowing for what seemed to be 1,281 miles up hill  both ways! 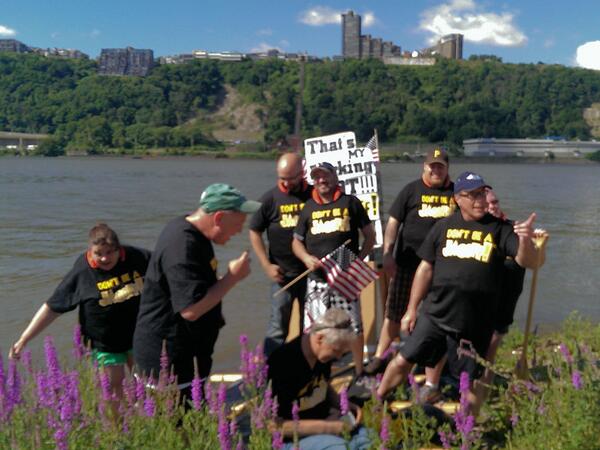 So we didn’t win but we didn’t sink or drown!  The photo above is very Lewis-and-Clark-ish.  It’s perfect.

No prize money for the  Pittsburgh Emergency Medicine Foundation on this outing but you can feel free to find out more about the organization or donate by going here.