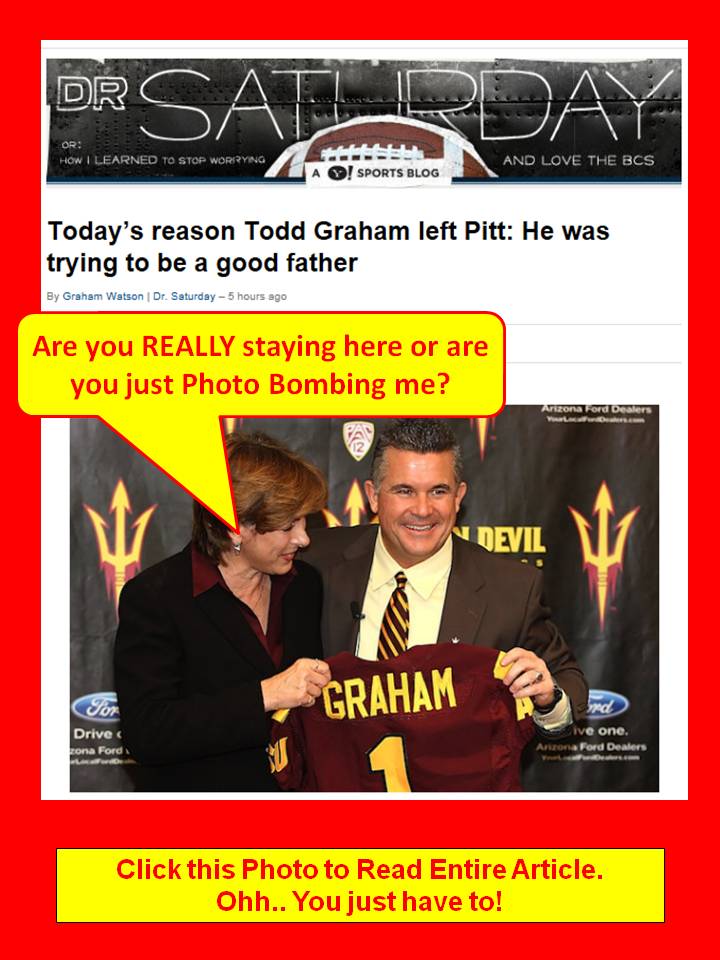 WOW! The above photo is a link to an article posted about Former-Pitt-Football-Coach-and-Part-time-cha-cha-cha-Chia-Pet-Soon-to-be-Head-Football-Coach-at-God-Knows-Where-State, Todd Graham. The guy, Dr. Saturday did a synopsis (nice word huh?) of an interview that Todd “Slicky” Graham did with Fox Sports Arizona.

As you read it, you just continue to get increasingly ticked off at that guy.. a slooooooooow burn, just like when you’re at the grocery store in line behind that person that has 14 items in the 12 item lane and then waits until they get their total to start counting out their cash INCLUDING counting out the exact change!

Hot Toddy (we REFUSE to refer to him as Coach) goes on and on explaining (interpret as BS-ing) how/why he did what he did. Entire Conversation HERE .

The best part is, he says his kids didn’t like Pittsburgh:

“It was not a good fit for my family. They were not happy there…..All three of my kids went to Pittsburgh and said, ‘I don’t want to live here, dad.”

Well…at least we NOW know that you’ll throw YOUR OWN kids under the bus the same way you threw the Pitt Players under a few of those buses decorated with “Hi Octane!” Toddy, maybe you’re kids are just GENERALLY tired of you MOVING since you’ve had four job changes in 6 years!!!!!

Toddy, we’re pretty sure that you better make this job work because, with the way YOU jump around in jobs, if this one doesn’t work out, the next “High Octane” you promote is gonna be about $3.60 a gallon as you work the overnight shift for Sheetz! Unless you have some secret pics of some athlethic director with a GOAT! But if you DO need to move along, make sure you look up some internet tips on how to explain frequent job hopping on your resume. We looked up one website that said,

The BAD news for you is, we doubt that there’s ANYONE looking for someone with your job skill summary…. MEDIOCRE, HIGH-PRICED, FAST TALKING, SLICKY FOOTBALL COACH, Ya Jagoff!!!

Thanks to Twitter follower Project-P-Pittsburgh for being our Honorary Jagoff Catcher and sending us a link to this article!!

See our other Todd Graham by clicking the pic below. 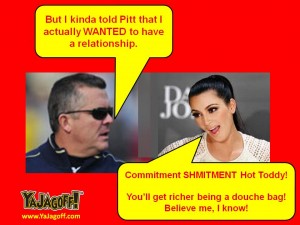