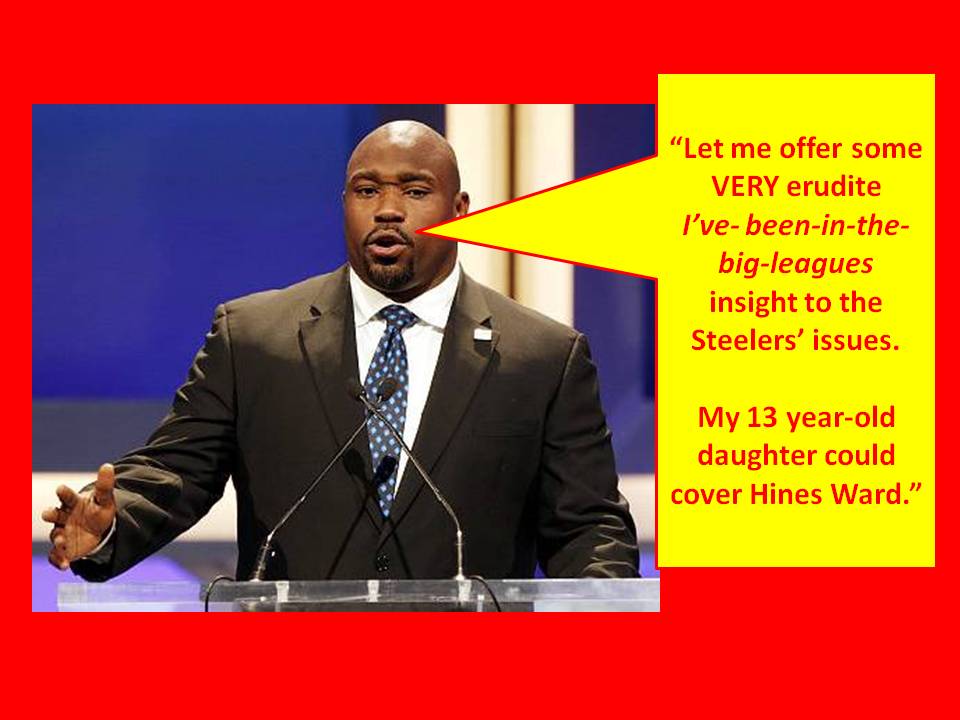 Last week, retired NFL defensive tackle and now NFL Insider knuckle-head said the Steelers defense was to old and slow and were DONE. This was after the more-frustrating-than-an-Amish-boxing-match football game last week against the Ravens  (Week 1 of the season).

“James Harrison told us that he was 70-to-75 percent, it looked more like 40 percent to me if you are looking at the ballgame I was looking at.  And Hines Ward, Mercedes Sapp can cover Hines Ward right now… Mercedes is my 13-year-old daughter.  She will cover Hines Ward in a heartbeat.  And Troy Polamalu, Ed Dickson runs this crossing route.  Troy Polamalu is trying to grab him to have a pass interference and he can’t even get close enough to grab him.  [It] looked like he was dragging a wagon behind him.  Touchdown Baltimore.  Pittsburgh Steelers done.”

Haaaaaa…. wait, Warren Sapp, retired from the NFL at age 34.  James Harrison is still in the NFL  at 33 1/2 and was part of yesterday’s Steelers defense that didn’t let the Seattle Sea-pigeons score OR get past the 50-yard line until the 4th quarter. 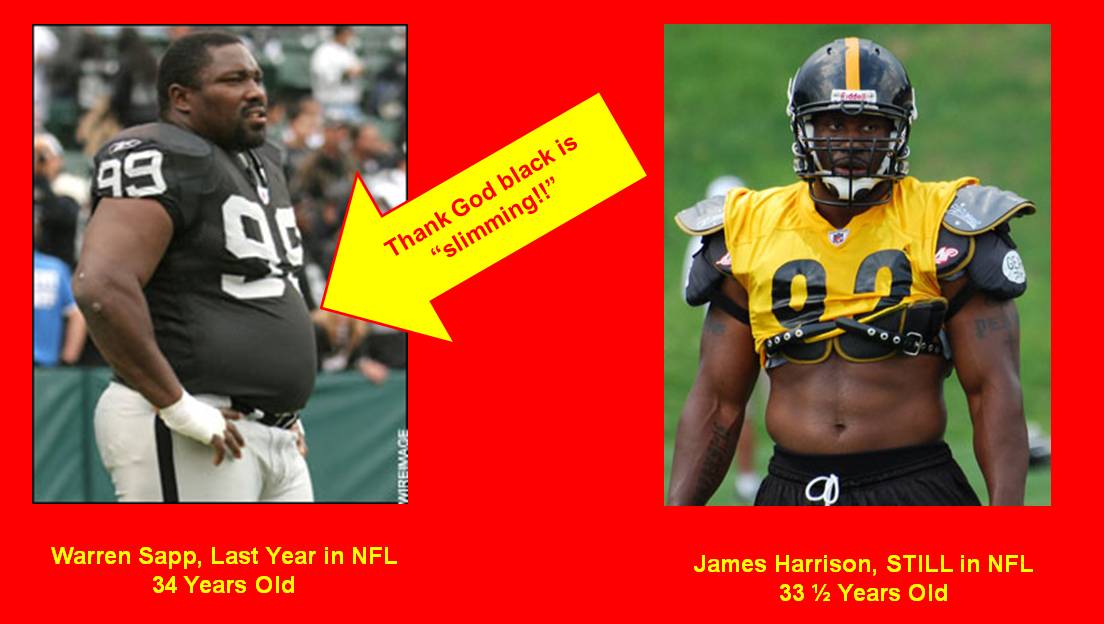 So how do we respond?  Do we say, “Warren, you’ve made a WONDERFUL transition from NFL player to INSIGHTFUL NFL INSIDER ANALYST.  Not many could have such expert insight as to compare their 13 year-old daughter to Hines Ward.  Thank you for not using statistics or that electronic chalk board thingy.” (By the way, pretty sure after seeing yesterday’s game that your daughter COULDN’T cover Hines Ward but making that comment could lead to reeeeeeeeeeaaaaaaal CREEPY inuendos! So we won’t say it.)

So Warren, (or WAR’n as we would call ya here in Pittsburgh), we’re just gonna say the SAME THING to you as we said to some of the other Pittsburghers who where prepared to commit Fort-Pitt-Bridge-Hari-Kari after week one’s loss:  IT WAS ONE GAME!!!!   And we will,  more than likely, have forgotten about the Ravens game when James Harrison is posing for another muscle magazine and answering questions at media day in Indy at Super Bowl 2012, while you’re sneaking Kit Kat bars, roasted turkey legs and whole rump roasts from under the news desk during commercial breaks, Ya Jagoff!!!

Remember to check out Nana’s Cat Soy Candles who has offered 10% of sales toward our Breast Cancer Donation if you mention, Ya Jagoff.

So WRITE HER and say,

“Sell me a candle, Ya Jagoff!!”  She’ll understand.

Photos of Warren Sapp from ESPN.Com and NFL.COM

Photos of James Harrison from MuscleProdigy.com

In this article: Jagoff, Steelers Too Old, Warren Sapp