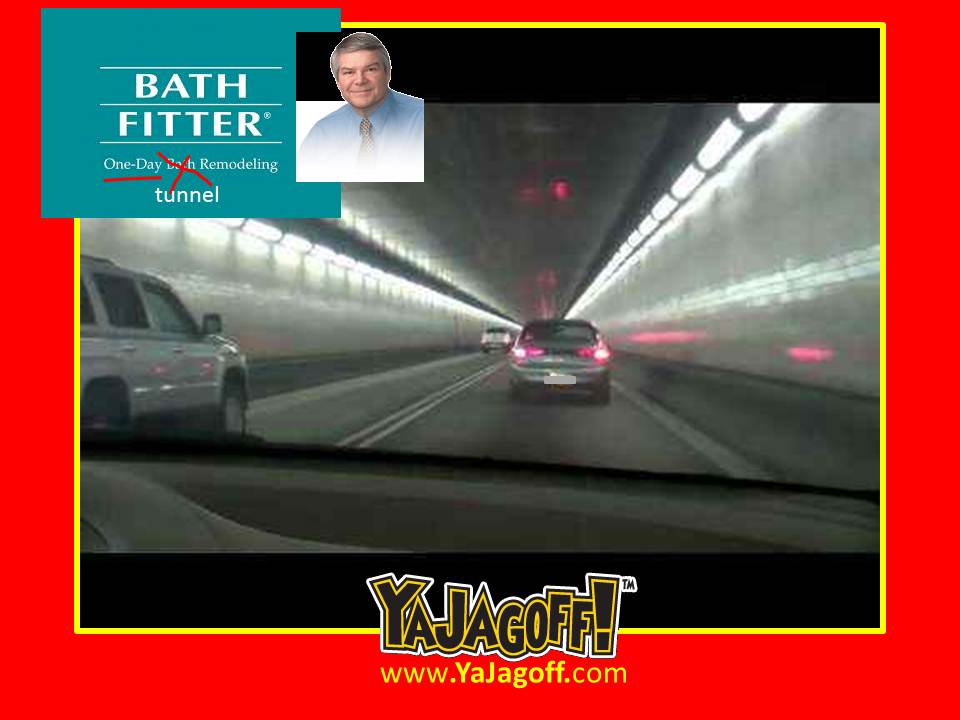 As you already know, probably at NAUSEUM, we are in Hawaii to be part of a social media conference.  That was yesterday.  More beach today!! 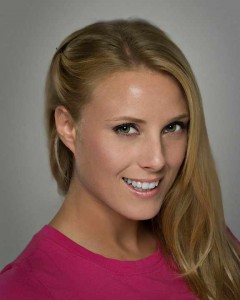 This Yajagoff post is dedicated to the one, the only, Squirrel Hill Tunnel who some jagoff decided to use bathroom tile to line the walls. This tunnel ruined 2 hours of my life this Saturday that could have been spent with zombies at the Zombie Fest, but nooooooo.  The tunnel was closed and the detour backed up traffic at least to the Atlantic Ocean, maybe further.

Did you know that one of the reasons for the construction and closure is because they are RE-Tiling the interior of the tunnel? RE-tiling. Yes. Not only did some jagoff decide that 3inch tiles were the only reflective source that they could put on the inside of the tunnel, but some OTHER jagoff decided they should DO IT AGAIN.

Is there some deal at Molyneaux that I’m not aware of? Am I the only one who can think of other reflective materials, oh I don’t know, PAINT maybe? Am I taking crazy pills? I feel like I should be with this entire situation. Every time I drive through the Squirrel Hill Tunnel or the Fort Pitt Tunnel or a few of the others, this conundrum drives me nutty.

I’m also pretty sure that tile makers sell LARGER tiles. So, if you were going to tile something almost a mile long (4225ft to be exact), would you not want to choose the largest possible tiles you could find and buy less of them/spend less time adhering them to the concrete walls?

How about that faux tile, that is basically like shiny wallpaper? If that is good enough for Pittsburgh bathrooms then it should inspire the same subconscious message that you should rush into the tunnels like to a bathroom in a bladder emergency. Oh look at me solving that tunnel-slowdown problem too!

Not to mention that Carnegie Mellon students have probably not even been consulted in what glowing amoeba could be painted on the walls as a substitute.

I mean, I’ve been through tunnels in other states and there was a complete lack of tile. If PennDOT has a secret trade agreement with Molyneaux, I think it needs to be exposed to allow other flooring (wall-ing?) makers to compete for the government contract.

In conclusion, I’d like to add a disclaimer that I did almost 0 research into this tiling situation. If you know why this was originally done, please post below. Also, if you would like to hypothesize why the new jagoffs decided not to bring this tunnel into the 21st century with a more scientific reflective material, make something up below too. I could really use a laugh to prepare for another commute through the tunnels, Ya Jagoffs!

You can find Damaris blogging over at FadedIndustry.com and tweeting as @CliqueAsaurus!

Get this AWESOME phone wall paper for free! 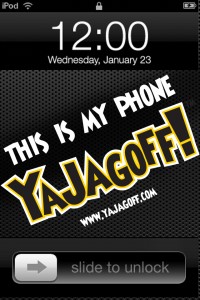