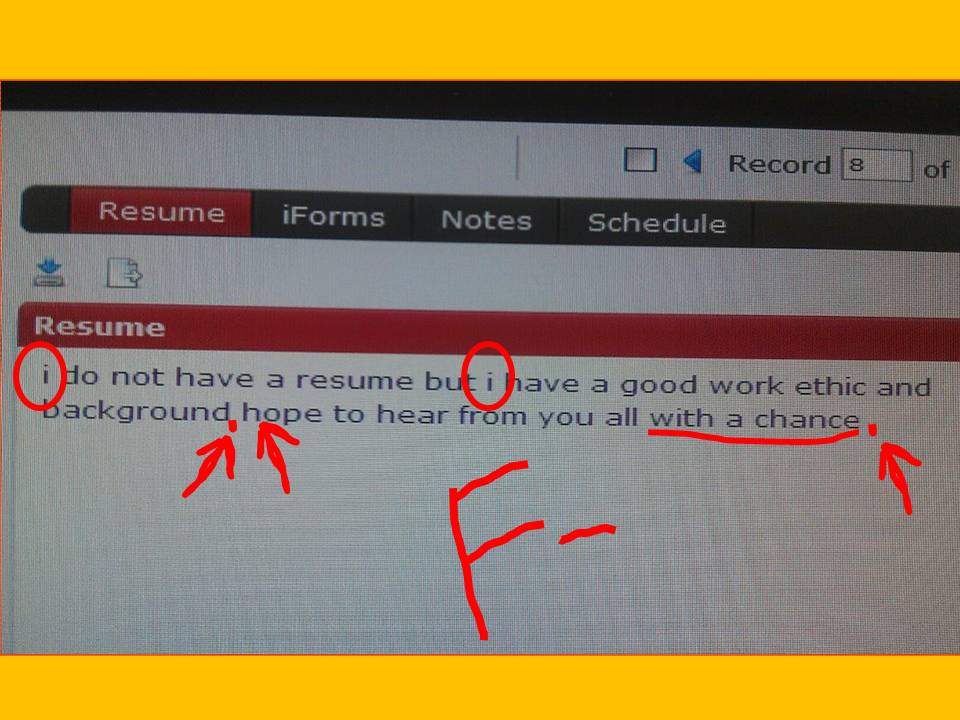 We keep hearing that the Pittsburgh unemployment rate is not as bad as it is in other parts of the country.

The jobless rate fell fourth-tenths of a percentage point to 7.4 percent, the Pennsylvania Department of Labor & Industry said Tuesday. That’s almost a full point below Pennsylvania’s 8.3 percent and well below the national rate of 9.1 percent in September. It’s also the fifth-lowest in the state.

It does seem that most people around here want to work.  Pretty sure that even the Occupy Pittsburgh people want jobs but they DO have some limitations for interview follow-ups.  It’s hard to put the following address on a resume:

Near The Side Entrance To What Used To Be Known As The U.S. Steel Building But Now Has The UPMC Letters On It

But you have to wonder how passionate someone is about the job application above (Yep! Part of a REAL submission from this area) submitted to us via Facebook.  As you can see, we have taken our Sister-Aniceta-Get-This-Write-Or-I’ll-Kill-You-Then-Pray-For-YOUR-Soul-And-My-Forgiveness red-ink CORRECTION PEN to it.  Unless this is a 12-year old applying for a spot as a Santa’s Helper at the Westmoreland Mall, it’s a sad commentary.

So looky here, we’re no job recruiter specialists but, unless you’re applying to be a writer for www.YaJagoff.com, don’t submit this for ANY job.  For crisssakes, you’re already on the computer, go plagiarize a resume from some recruiter website.  As an FYI, if you ARE submitting a resume to us, please know that we prefer pictures in the sentences, such as substituting a picture of an EYE for the letter i.

We say, bring this person in, put them through an interview, then give them a math test, a #2 pencil and a box of crayons.  If they use the crayons and stick their tongue out the side of their mouth while they’re writing and ask for a “Good Boy/Girl” Sticker and a chance to take the test home to put on their refrigerator, well… you know.

If this thing was submitted as a joke, we want to hire you!

If this is a serious submission, we would suggest that a proper formal written response would be, “Thank you very much for your submission.  While we recieve submissions from many qualified applicants, we recieved very few from dum @#$’s like you.  We do not believe that you’re ready for human interaction just yet so please take 3 steps straight back into the pond and come back out in about 50 years once you’re brain is better developed and the majority of your body hair is gone, Ya Jagoff! 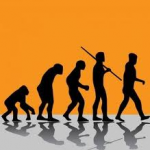