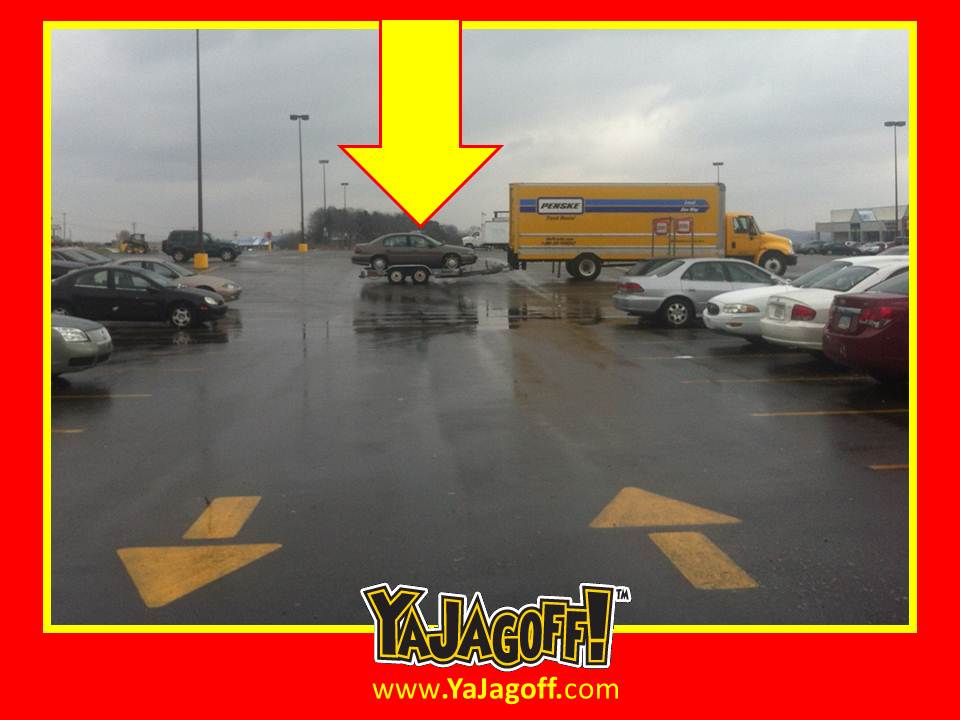 It seems that we have a bunch of Honorary Jagoff Catchers out there checking for “Peter Parkers.”  The inbox, Twitter feed, Facebook and Instagram feeds are full of  ’em!  So let’s get through a few of some classic catches.

The top pic might be one of the craziest Peter Parkers EVER caught on camera.  Basically what ya see is that some Renta-trucker decided to stop at a plaza.  And he/she parked RIGHT IN BETWEEN the parallel lines.  The bad news… um.. well.. they seemed to forget that there was a driving lane behind them.  At press time, we were still unsure if this Renta-trucker was making air-horn and CB noises as they drove off. 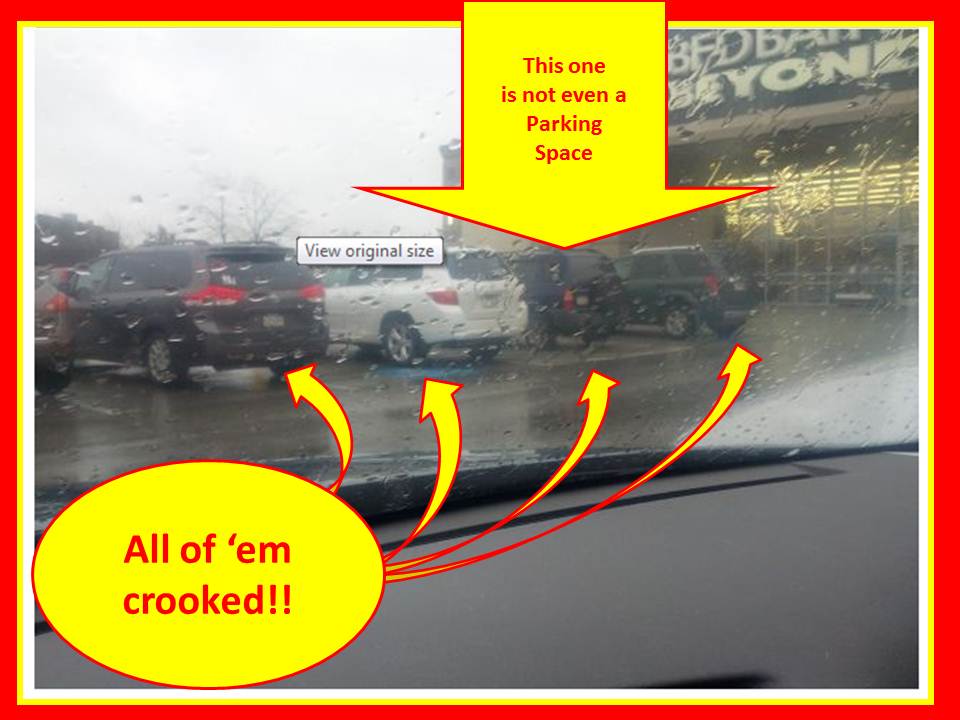 Ya know what came to mind when we saw that pic where one car followed the other in parking crooked?  Our mother yelling, “If your friend Mike jumped off a bridge, would you jump too?”

Then look at the H3 that, well, take a look first… 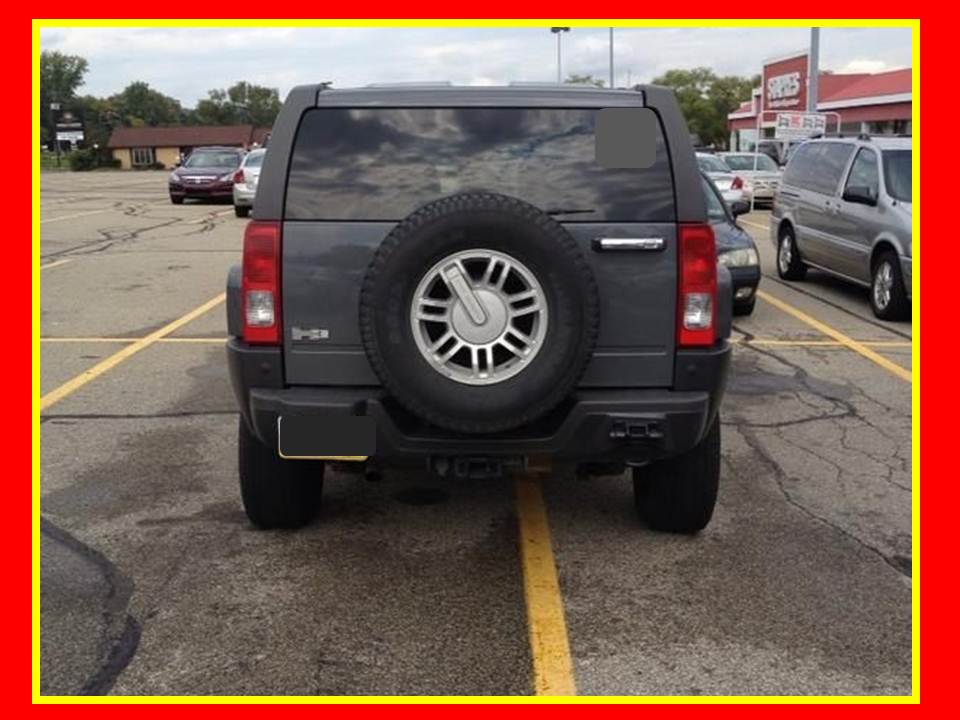 If this H3 had Truck Nutz on it’s bumper and yellow lines could swift-kick, well <<< GULP>>> the guys understand the potential pain. The only REAL explanation for this is that, due to the price of gas, this driver did his best to pull into a spot for an emergency landing as he was running out of gas and used the yellow line as the runway strip!!!!  He is now waiting for a 3rd mortgage to get another fill-up. 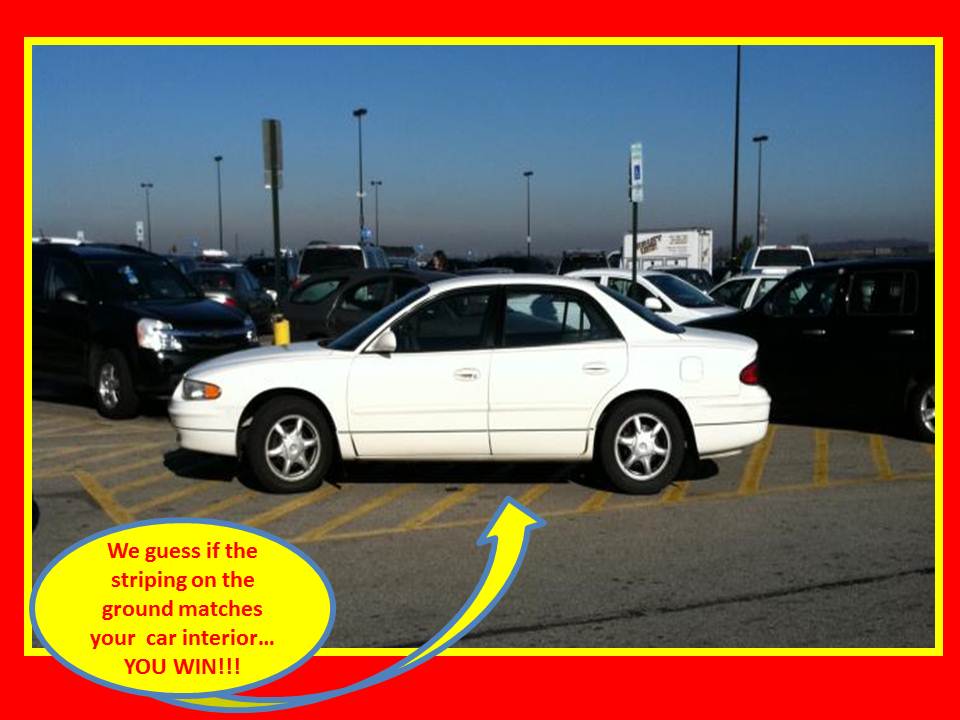 Maybe this was “Daniel Tiger” from Mr. Rogers Neighborhood parking here and the stripes indicate HIS (meeow) very own parking spot (meeow-meeow).  Either that, or this was one of those self empowering   “I only have 1 item to return so I’ll park here for 10 minutes, oh wait I need lunch in the food court too” situations. 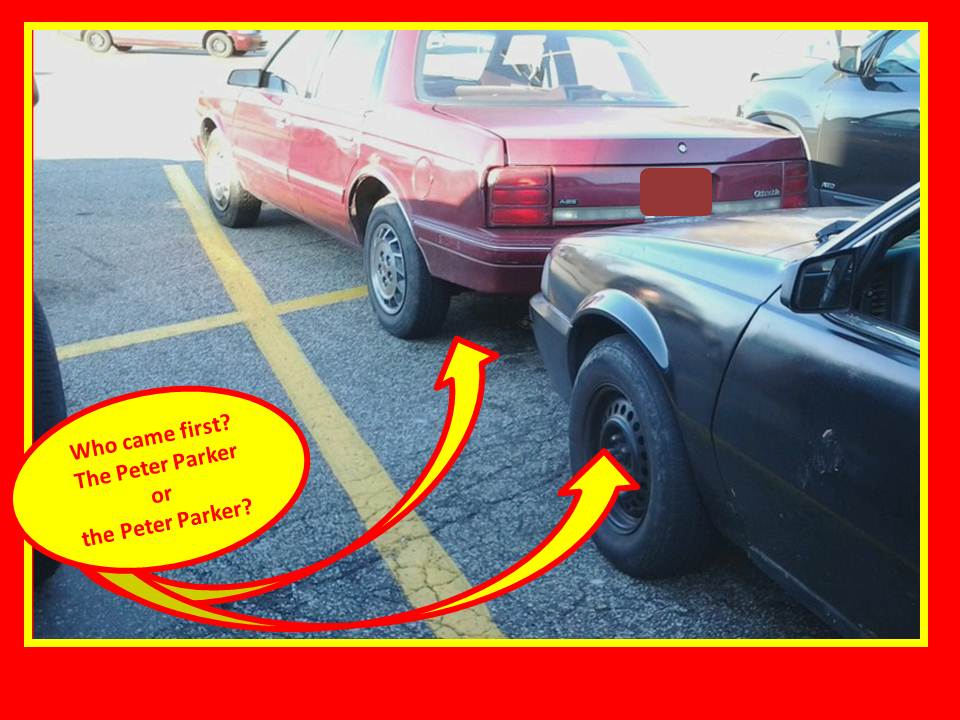 Haaaaa… we HOPE this was out in front of a NAPA Auto Parts store… looks like both could use a few parts.  Maybe they were actually hoping to wish upon a star and touch bumpers at sundown (like those pee-in-a-fountain-at-the-same-time-and-change-lives-movies) and merge the two cars into ONE GOOD ONE!!!

And finally, all the way from Hawaii…. 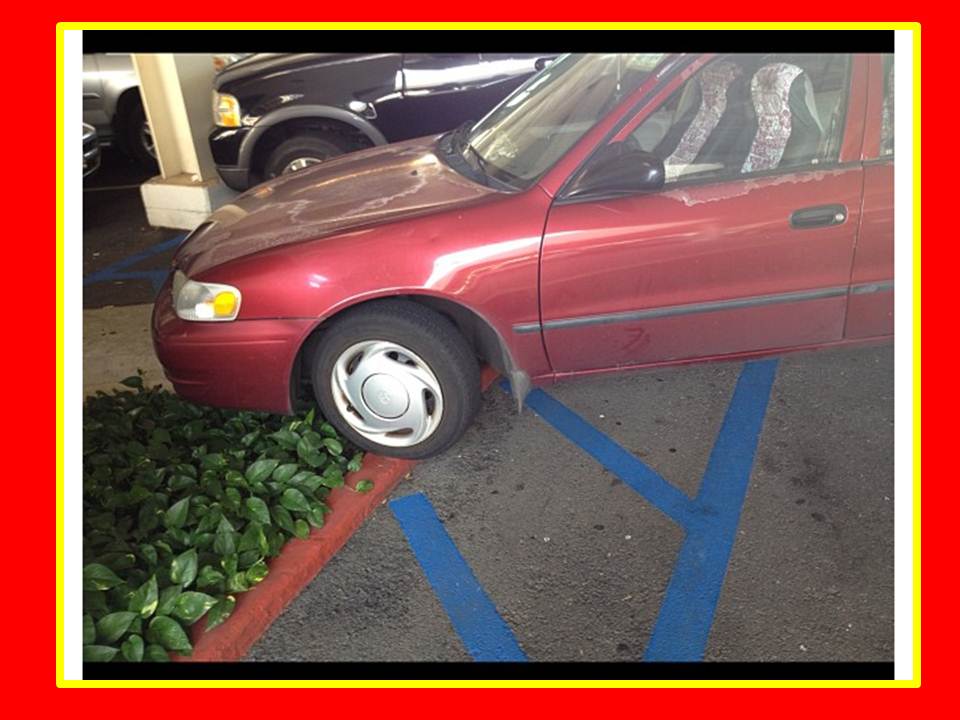 At first maybe you think it’s one of those sidewalk murals made with chalk… the ones that make you think you’re looking down in a whole or something.  This is a complete MISS!!!   Surely this driver, even if it’s a female,with this kind of AIMING DISABILITY has dried urine all over the base of their toilet at home.

The question is….. are these circumstances of poor driving or inconsiderate humans?  The SJU (Special Jagoff Unit) is still investigating.

Meantime, we STILL propose the same fix to Peter Parkers, hire some of the guys that manage those parking lots around pro football stadiums to work THESE lots during the week.  Ya know, those guys that charge $45 CASH for every spot you take?  We guarantee that will teach these drivers how to park in ONLY one spot because, at THAT rate, EVERYONE figures out how to squeeze their Winnebago-and-trailer-tailgate-wagon into a spot the size of a Smart Car, Ya Jagoffs!