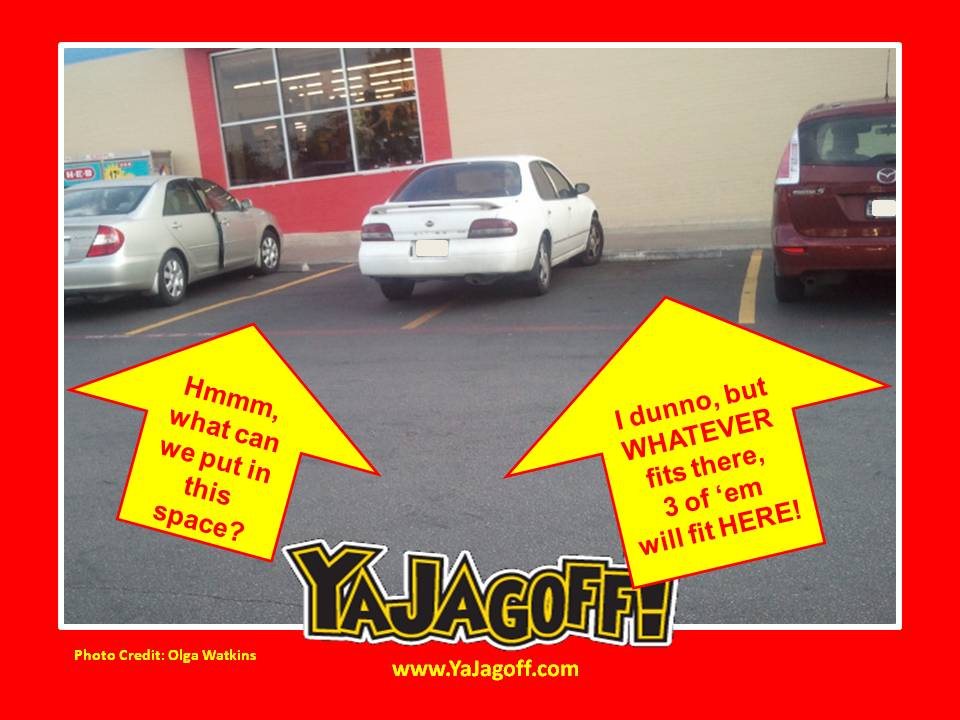 We have a lot of new followers so let’s explain….it seems almost WEEKLY that people submit us photos, like the one above, of Pittsburgher’s poor parking talents.  We call them “Peter Parkers.”  Why “Peter Parkers?  Well, this is a family show, there’s a nickname for “Richard” that we could use to describe how these people park BUT Peter seems like  better word since it goes with Parker so you get,  “Peter Parker.” It just seems to settle much better with us in case someone turns us in to our mom!

But this photo was NOT taken in Pittsburgh… it’s Austin, Texas.  But the pic was taken by Pittsburgh’s very own, Olga Watkins (of the Olga Watkins Band.)

Any thoughts on why this person parked like this?  Well, we have it…. it’s in that famous song:The CARS at night, are big and bright!  (clap, clap, clap) Deep in the heart of Texas!!

So the cars in Texas are soooooo big that they need double spaces, maybe?  Then maybe this car WAS bigger and someone washed it, right there in that spot, AND IT SHRUNK (therefore its not the driver’s fault that they look like they can’t park.)

Seriously, Peter Parker-Texas-Ranger, what in theeeeee hell were you looking at when you pulled in that spot.  It’s not like your car’s a prized trophy and you don’t want that guy on the left opening that door and putting a Montgomery DENT-try in your door.  (How about THAT country music reference?)

In the picture above, we think you can fit Dallas on ONE side of the white car and Fort Worth on the OTHER SIDE!!

Yes, we KNOW everything is “bigger” in Texas but, for parking spots, we think you better go a little more like a CHINA-Bigger for this parker, Ya Jagoffs!

Thanks to Olga Watkins for the pic and for being our Honorary Jagoff Catcher!!!