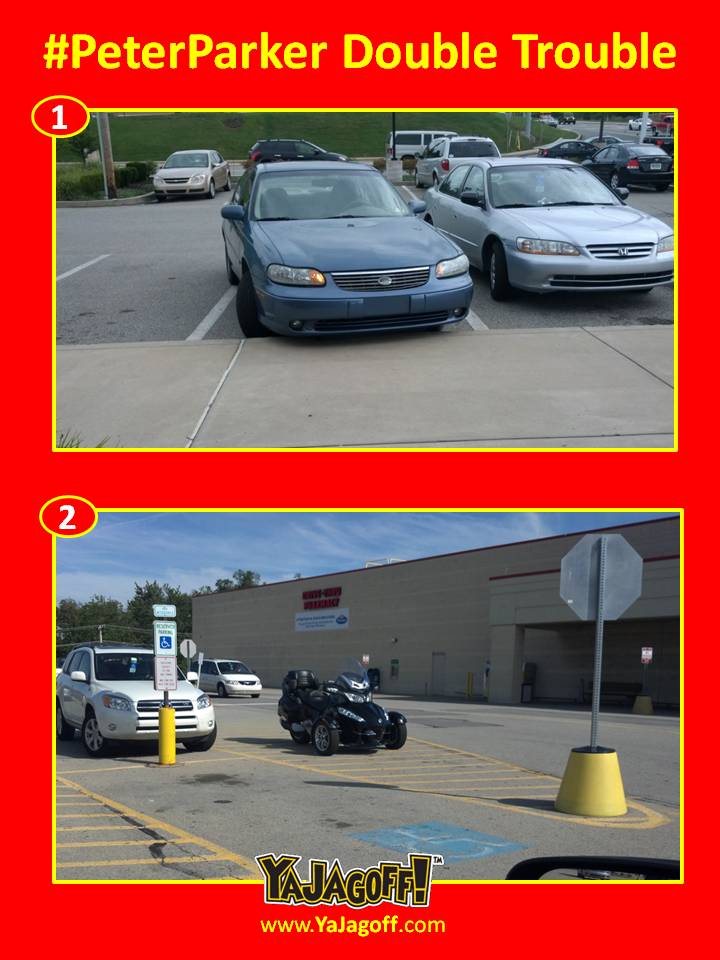 We are stacked and backed-up on “Peter Parkers.” These are two unique ones submitted recently. The story continues to be, Pittsburgh people don’t care, WHATSOVER, about parking.

If you look at this pic closely, it is hard to blame the driver of the blue car completely due to the silver car’s SLIGHT misallignment. Cuz there are a lot of people that don’t follow standard parking lines. Instead, they line up with the car next to them. But wait!! This accompanied the pic, “After he got out he looked at his park job then kept walking.”

So not only did the driver park that way, he gave it thumbs up!

No idea what this TRIKE person at the Hempfield Giant Eagle was doing. They just parked right on the yellow lines DESPITE that there were other spots available.

So what is happening we wondered. Well, we used our SJU (Special Jagoff Unit) super-paralysis-analysis-High-Def photo scanner (which is high tech but STILL smells like the old Catholic School mimeograph machine).

Our machine zoomed in on both of their windshields and found the following tags hanging from their respective mirrors: 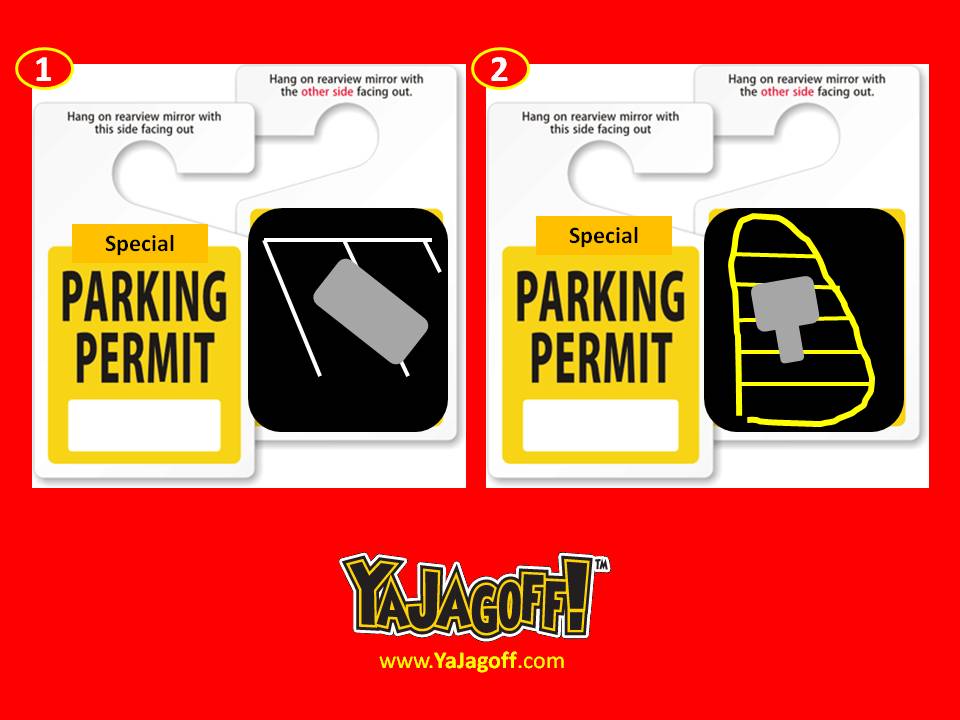 We’re not sure who issued the above permits but clearly, from the tags, these two Peter Parkers were within their rights to park the way that they did!

As an aside, in Pic #1, if there was actually a third and fourth car that would have followed the parking pattern of the first two cars of fanning around to the left, the fourth car would eventually be a perfect parallel parker!!!

To the driver of #Pic #1 that can’t hit a target, we’re thinking the floor around your toilet at home is pretty full of dried urine!!!! We also think your eyes need re-aligned like the heads on our color printer.

And to Magic-Mike-On-The-Trike… clearly you believe that your leg pain, back pain, breathing problem, heart problem is far worse than the “standard” handicapped person since you felt the need to park 6 feet closer than any of the “H” spots. Or, with that cycle, did you just want everyone to think that Batman shops at Giant Eagle for “gotham fuel perks?”

However, the path to the store front will consist of a gauntlet of ladders, slides, and bouncy and punchy things that knock the SNOT out of you like the TV show,”Wipe-Out.”

We guarantee that, after no more than two times through course—your head snapping back and your limbs flailing as you fall into dirty water, you will have figured out how to park your vehicles appropriately, Ya Jagoffs!

Thanks to Twitter Follower Evil Dan Bylsma and Facebook Follower Robert G for being our Honorary Jagoff Catchers for today!