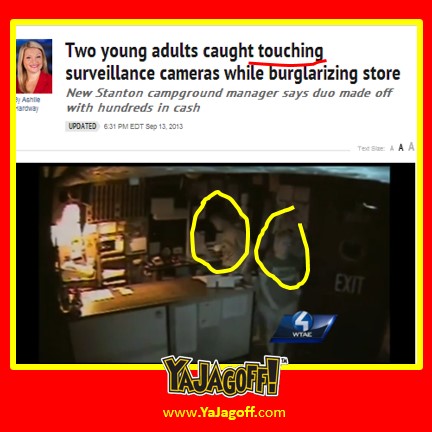 What’s that Don Henley song?  The End of an Innocence!!

Whatever happened to 20-ish year old couples running through the woods naked when they get lose, in a campground, late at night?  The end of their innocence!  Well, betting more money than I lost at the Rivers Casino over the past month, that once someone identifies them from their late night raid of the Fox Den Campground cash register for $300, that this dynamic late-night duo will WISH they would have gotten caught by her shot-gun-wielding dad half-naked under a pine tree .

How could they possibly get caught you wonder?

Let me apply my SJU (Special Jagoffs Unit) ultimate crime-solving skills on this.

1) This was at a rural campground.  Chances that this was someone that works there or who was camping there? 99.231445%

2) They sneak in through the front door as casually as if they are raiding the band camp fridge for leftover pizza so have ZERO camouflage. Chances that someone recognizes them now that this has been all over the news? 99.2331144%

3) They touch. yes TOUCH..the surveillance camera and cover it.  Of course, this is only AFTER it has taped them in the room for over a minute with their non-burglar-like attire.  Chances that left a finger print? 99.64421% according to my scientific calculator from college.

Soooooooooooooo Bonnie and Clutz… (yes, I came up with that myself), hope the night out at the campground was worth it.  The folks at the local juvenile detention center are standing there with their door open just waiting for you, just like the Penalty Box Official at a Pens game when our man Matt Cooke would step on to the ice OR just like the Dunkin Donuts worker at THEIR front door when I’m within 30 feet of the place!!

You had ONE night out… and you chose to be BURGLARS instead of sneak-away-BUNK-BUDDIES under a pine tree in the weeds!!!  You shoulda chose the latter cuz, once you’re caught, life’s gonna get a little more complicated than simply trying to explain to your parents how you got poison ivy in sensitive body areas, Ya Jagoffs!!!

Don’t forget to order your very own “Don’t Be A Jagoff” T-shirt. 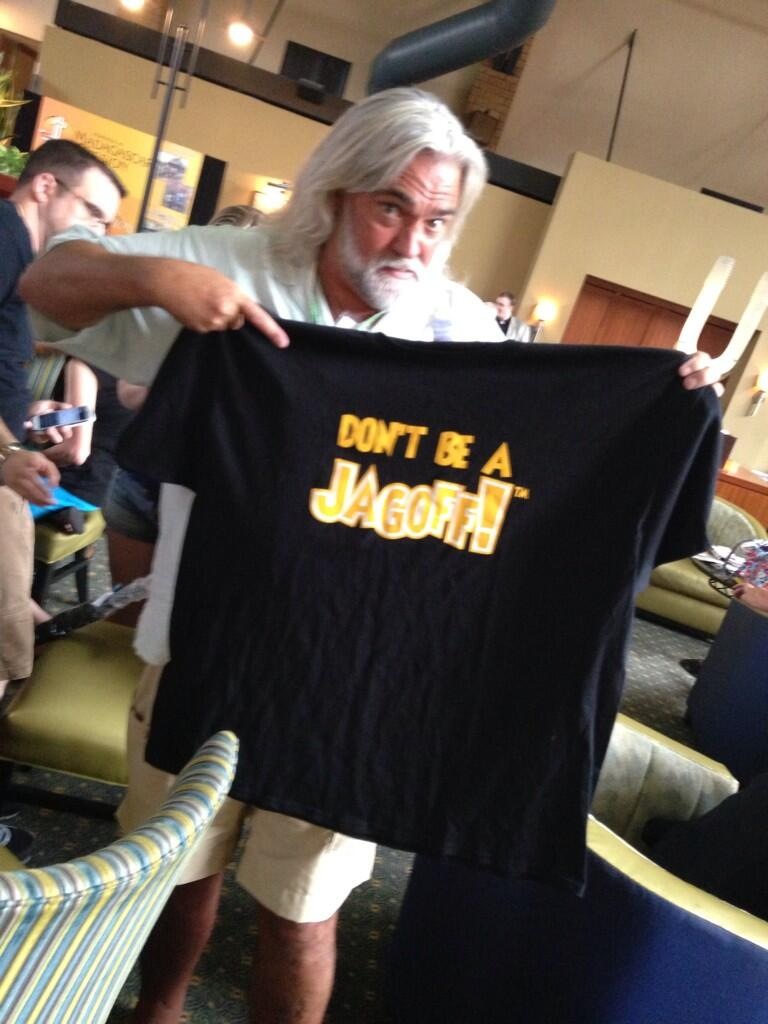