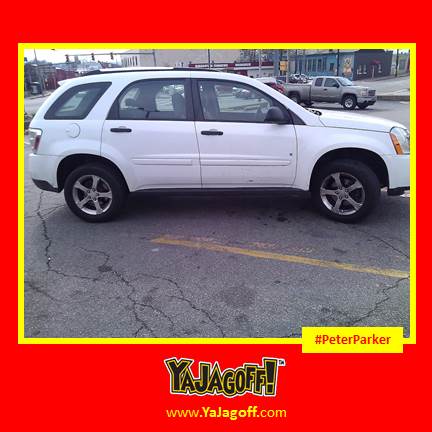 Peter Piper Picked ANOTHER Peck of “Peter Parkers” for today.   As has been said before,  the inbox, Twitter feed, Facebook and feeds have been full of  ’em!  And for the explanation of why we call them what we call them, click here “Peter Parkers.”

This parking situation is basically getting no better…. none.. zero..zip.  Do we think people are parking like this on purpose and then taking a picture of their own car and sending them in??  Well, we MIGHT believe that if the cars in the photos had FOR SALE signs on them.

Saw me taking the pic as she walked away and just didn’t give a s%)t. 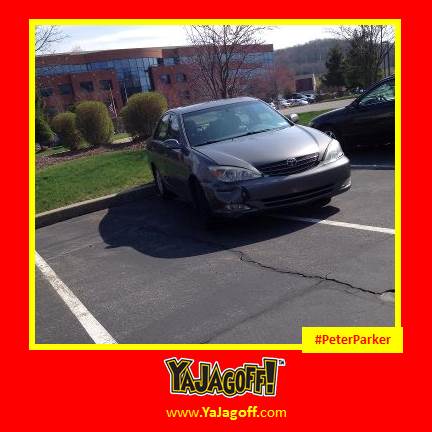 What?  Do you really… really…really… nick-nack-patty-wack, Ocka bocka soda crocker, ocka bocka boo … think that this person DIDN’T do this on purpose??  Wait.. maybe someone painted the lines AFTER this driver parked!!!

And then this West Virginia-plated car was found by the Clemente  Bridge… where they leaving room on each side just in case they had a hankerin’ to burn a couple of COUCHES??? 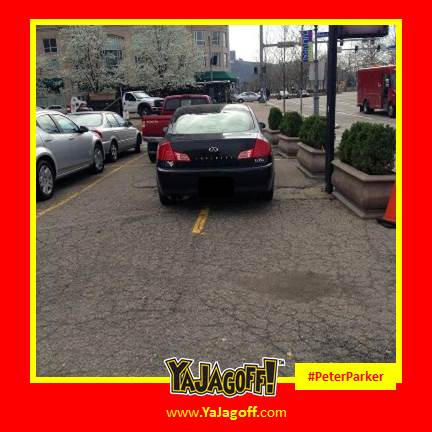 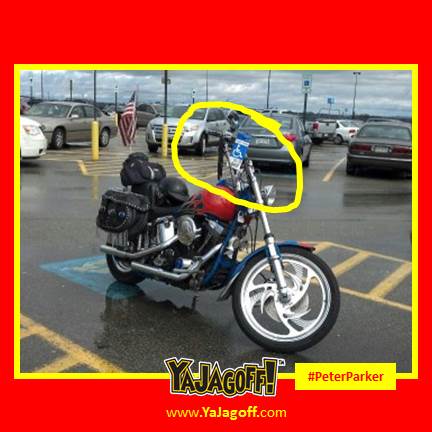 Hmmmmmm… guessing it is possible to be handicapped and ride a motorcycle but…. is that really practicle ?  Sure, maybe a bad leg, bad heart… but.. with a bad lag or bad heart… bad enough to have an H card, should you be wearing a motorcycle between your legs, trying to hold it up at red lights??

But this next one is a FAV.. because, a few weeks ago, we posted a similar photo from the old Civic Arena lot with people being jammed in and unable to get out in the event of some type of leave-work-early situation.. (Like March Madness tickets).  This photo below is a REPEAT of the same stuff!!  Did these people learn NOTHING from the previous weeks.  This situation is going to get volatile soon… be prepared! 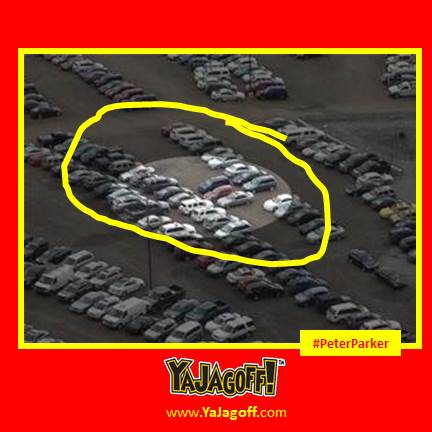 And then we go to the next photo that came with a tweet, 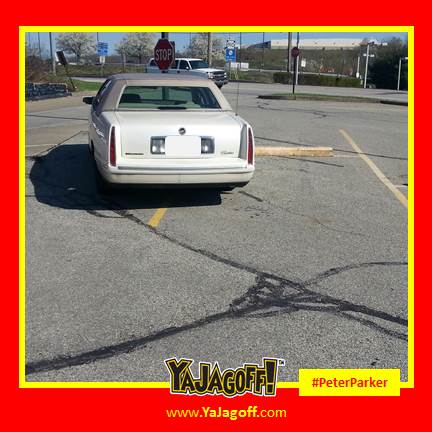 Seems that we are all lucky that those concrete bumper-thingies was there to catch it as the older lady, who probably shouldn’t even be driving, or should be at least driving a Chevy Volt… and NOT driving something the size of an aircraft carrier!!!

At this point, it’s hard to offer any more solutions get this this issue fixed!  We’ve been posting thes for over 2 years.  We’re outta solutions!  Except for this one:

Tow all of these vehicles to Philadelphia.  Put them in a downtown Philly lots and, as the tow truck driver leaves the car behind, they place a sticker on the car that says, “I hate everything about Philthadelpha!   But here’s my cell number anyways, maybe we can chit chat  xxx-xxx-xxxx!”  And then put the drivers on a Megabus on a trip to Philly to reunite with their car…. but only give them half of the cash that it will take to get their car out of the Philly bound and make them work for the rest!!!

Now THAT is something my 8th grade Catholic School home room nun, Sister Anecita, would be proud of.  Someone learn how to park, Ya Jagoffs!!