PROGRAMMING NOTE:  If you were looking for a Yakkin’ With YaJagoff Episode today, don’t panic.  We’ve moved the videos to Thursdays!  You’ll see one tomorrow!

The dirty red car (so dirty that, if they washed it, they’d probably get better gas mileage) parked and then, just like in grade school when you cheated on a test but copied off of the dumb kid who failed the test, the other drives chose to follow copy the poor parking instead of taking some initiative and correcting the situation.

God bless our Honorary Jagoff Catcher for the #PeterParkers stakeout mission and keeping tabs on this!  We appreciate his hard work in documenting the jagoffery. Not sure if he did this alone OR if he had a stakeout partner that we can eventually make a “cop buddy” movie out of the intense mission.

SCENE OPENS: Two SJU (Special Jagoff Unit) officers sitting in a car eating Primanti Sandwiches, doing research on unsolved Jagoff violations, when they get a tip from their snitch, “Dawny,” about the red car that didn’t know how to park.  They give “Dawny” a 5-spot then slide into action with smartphones and snapchat apps drawn and holding steady…”

O.K… one more music reference before ya go…of course it has to be Mr. Rogers.

Don’t forget, you can download FREE parking notes to your own printer. 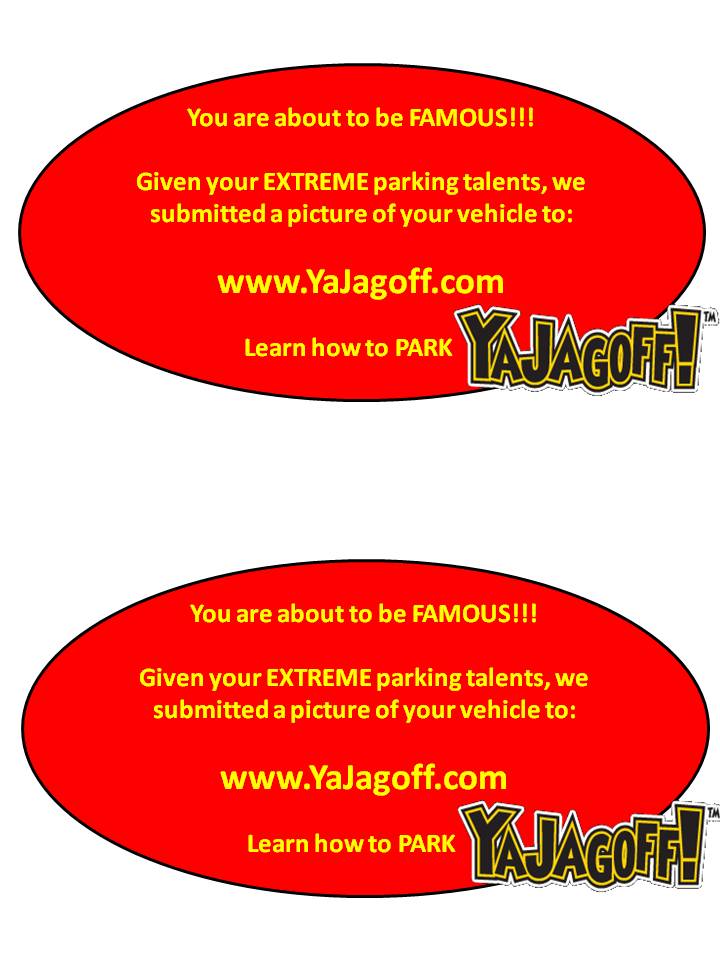