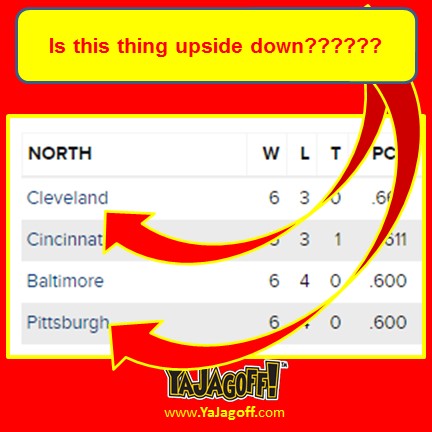 But…….a fate worse than being sentenced to cleaning up the dog poop from the back yard at the end of the winter….Pittsburgh is in last place and the Cleveland Browns are in …..(hold on… there’s puke in my throat and probably yours too… to the same level of you being in bare feet and the one cleaning up the back yard and accidentally stepping in a dog poop pile and it squishing between your toes)… the Browns are in first place.

As at least 4,582 people said yesterday when Big Ben threw the interception, “For CRISSSSSAKES!!  How does this happen?”

On top of all of this, Ravens Coach John (Should-take-some-class-classes-from-Scott) Harbaugh (see what I did there?), called out the Steelers.  Not that he shouldn’t have but ya have to just HATE the fact that we made him and Rex Ryan smile and spread their peacock feather in the same day.

“The team that beat us last week, just go their @#@$ kicked while we got the job done.”

Finally, Just Bieber hung out with the Steelers for prayer time while in New York. 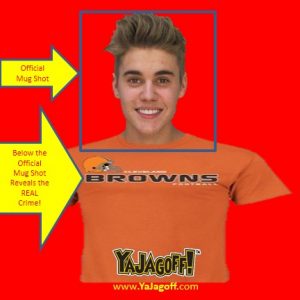 So there ya have it, let’s just call this one of those really bad Mondays.. get through it and try not to hurt anyone or ourselves and not get fired at work.

Back at it tomorrow, Ya Jags!