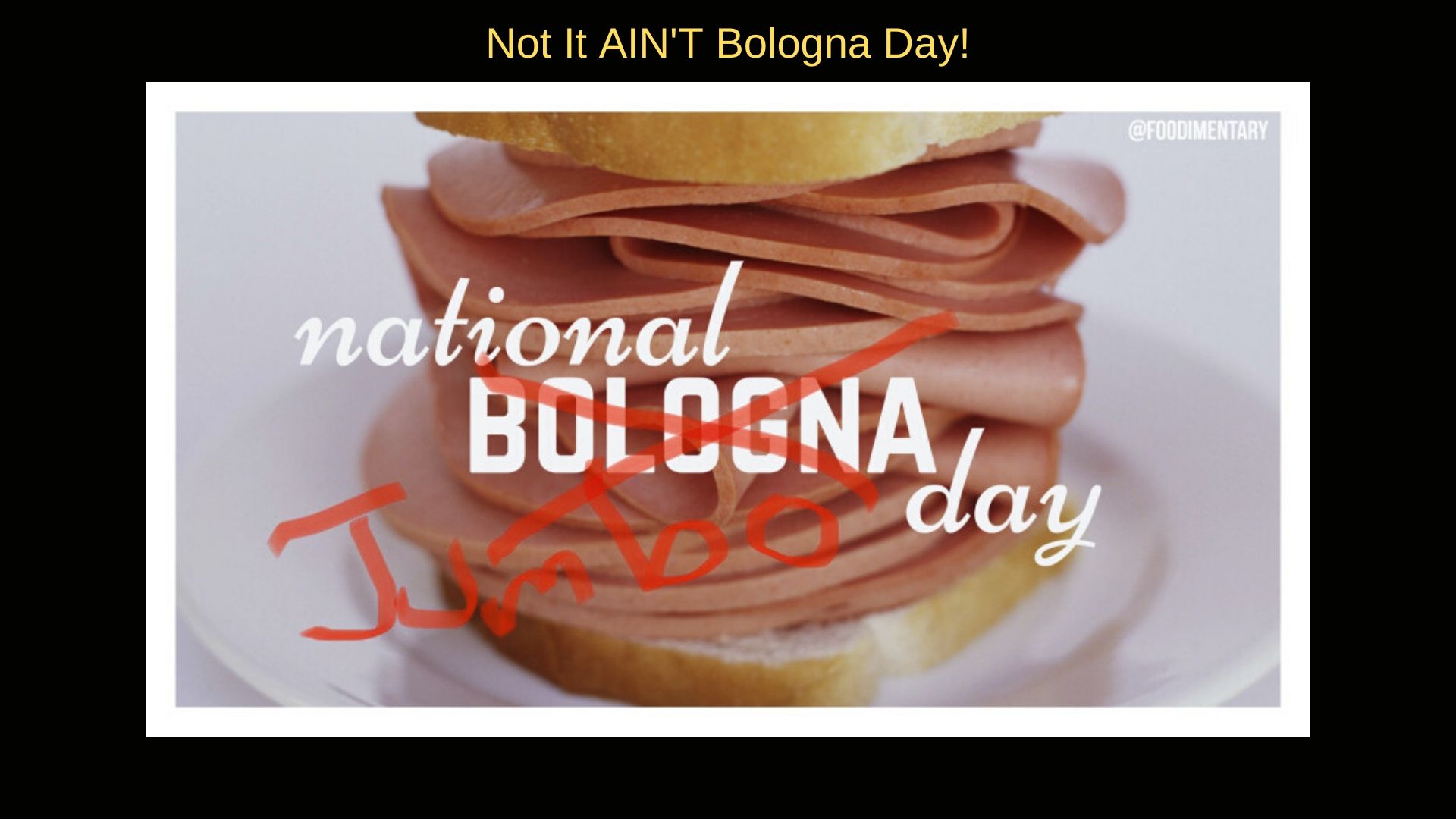 They say that today is National Bologna Day. But it AIN’T!  In Pittsburgh, we have always referred to baloney/bologna as jumbo.  Fried or not.. it was jumbo!

So why do Pittsburghers call it jumbo?  Word has it that the Pittsburghese version isa  derivative of ‘jumbo bologna,’ which was originally a trade name of the product sold by Isaly’s (also famous for it’s chipped ham..NOT chip CHOPPED ham!).