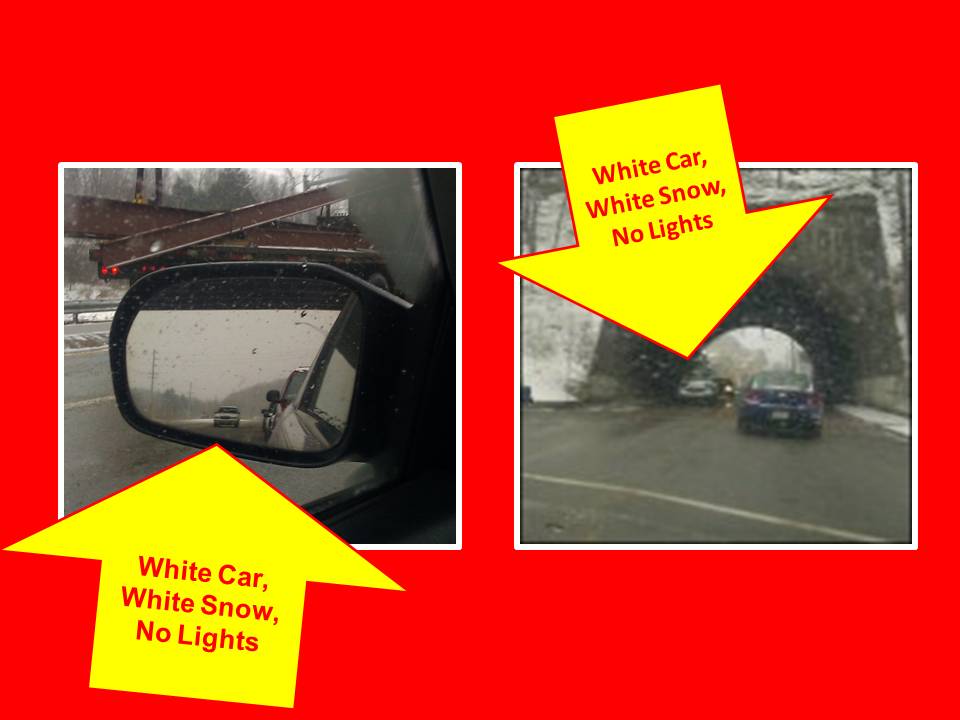 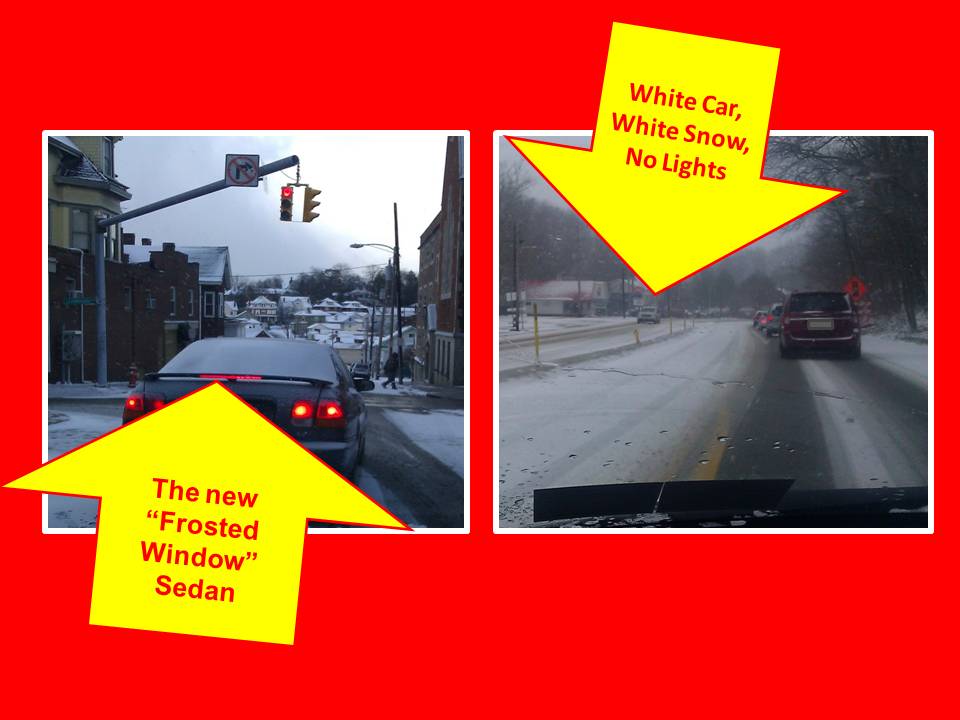 Whoaaaa….what happened here?  We’ll tell ya!  Damaris, our Jagoff Catcher was on a Jagoff Round-up Rampage!

Well, quit yer stereotyping…. below is the Twitter profile pic of our Jagoff Catcher that knows the law says you’re supposed to have your headlights on when you have your wipers on!!!!

Here’s a quote from the PA law:

The operator of a vehicle on a highway shall display the lighted head lamps and other lamps and illuminating devices required under this chapter for different classes of vehicles, subject to exceptions with respect to parked vehicles, at the following times:

(1) Between sunset and sunrise.

(2) Any time when the operator cannot discern a person or vehicle upon the highway from a distance of 1,000 feet due to insufficient light or unfavorable atmospheric conditions, including rain, snow, sleet, hail, fog, smoke or smog.

(3) Any time when the vehicle’s windshield wipers are in continuous or intermittent use due to precipitation or atmospheric moisture, including rain, snow, sleet or mist.

And then you have the ultimate in poor common sense, not cleaning off the back window!  Sheesh!  We’re guessing that Mr. Snow-on-the-window can’t afford a snow brush and probably got a speeding ticket later and gave the excuse, “Sorry officer, I was just trying to blow the snow off my back window!”

But why do we even need a law that says, “when the weather looks like S@#* turn on your headlights so someone else can see you?”  Is there no common sense left?  Should we also make laws that say, “When driving, keep your eyes open” and “When operating a motor vehicle, sit in the Driver’s Seat (which is the seat adjacent to the round thingy on a stem called the steering wheel).”

Here’s what were afraid of, are these drivers so simple that when they see a sign that says “Hidden Driveway,” that they think its a challenge and, when they drive past that supposed hidden driveway, they scream, “I WON!  I Found it!!!!”  Scary, huh?

Thanks again to Twitter Follower and 2nd Time Honorary Jagoff Catcher Damaris!  Go follow her (but if you do it in your car TURN YOUR HEADLIGHTS ON!)