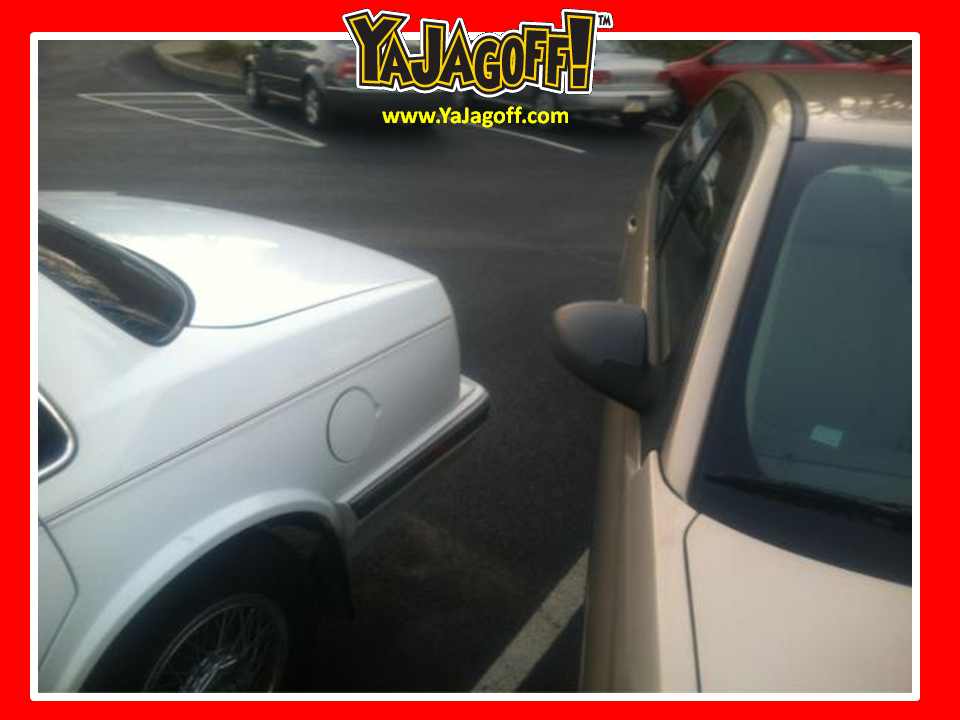 It’s our “Peter Parker” for this week.  This pic taken at Waynesburg University.  Go ahead, give it another look.  And, the answer is “No, this is not just a still photo of someone pulling into or backing out of the parking spot.”

The photo came with no caption because, well, who NEEDS one?

Now this is a perfect example of someone that, as my uncle would have said, “Doesn’t give to #@$#’s about anyone else but themselves!”  This is clearly a need for some Jagoff Rehab with @SecretAgentL .

Hey “Peter Parker,” not sure if you had to pee, poop, puke, were late for a anatomy, English test or urine test, were on the cell phone with your mommy asking her to send more BEER money or begging her to do your 2 pairs of dirty underwear when you get home for spring break, on the phone with your honey telling him/her how much they mean to you but you STILL think you should date other people JUST to make your relationship stronger, were headed to be first in line at the cafeteria for breakfast so that you can get one of the only 9 pieces of bacon that are actually crispy, or were late getting to the next protest sign painting.

Unless you were having a heart attack and were trying to find the closest Emergency Automated Defibrillator OR you were running to cash in a high-level winning ticket for part of that half-a-billion MegaMillion lottery prize, learn how to park or expect, when I back out, your sideview mirror is going home with me, Ya Jagoff!!!!!

Special thanks to Nate, @Nate_Regotti a new twitter follower and @DVEproducerJess for NOT keying the side of this guy’s car and for doing the RIGHT thing… sending it to us!!!