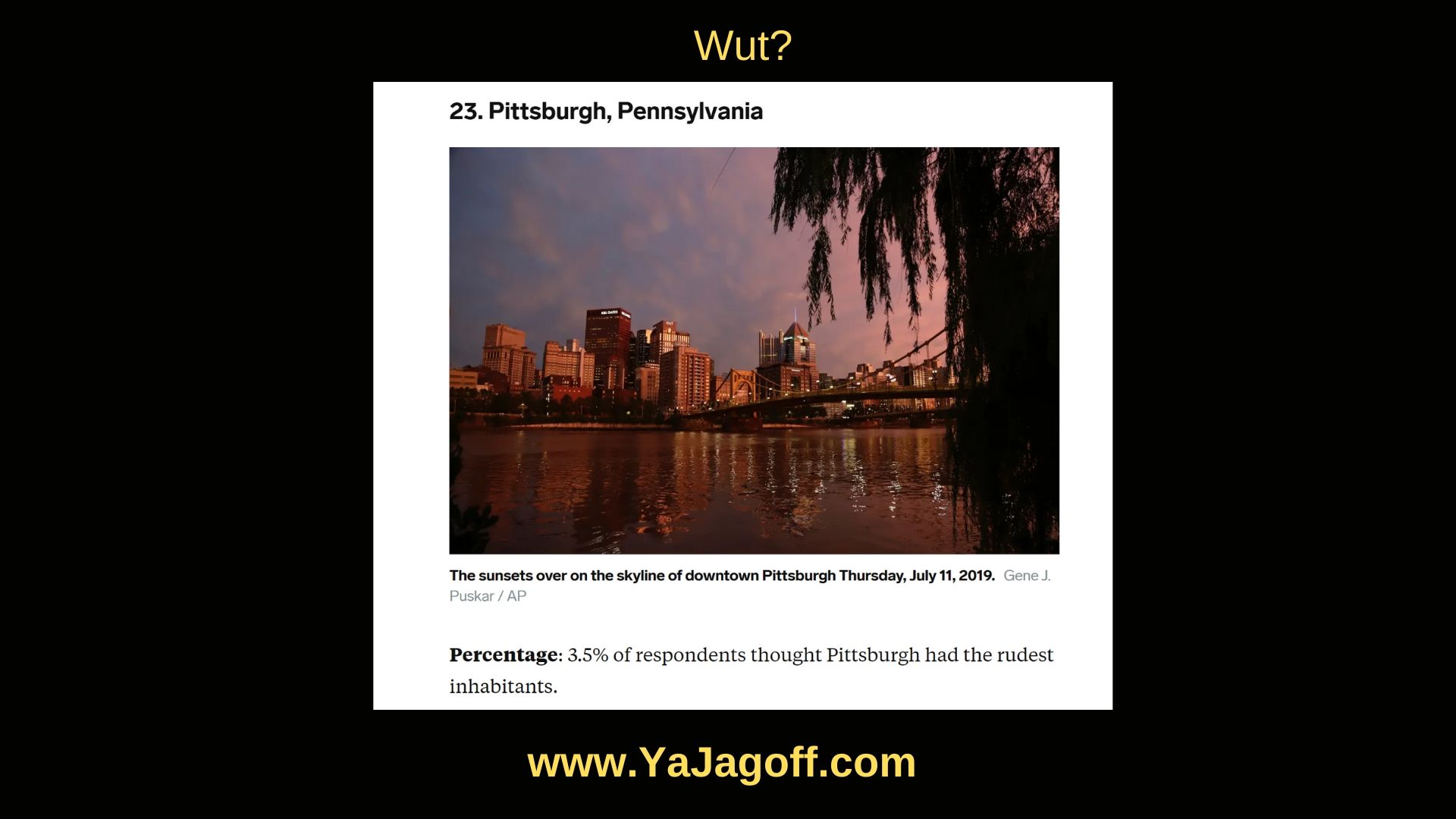 According to a new study from Business Insider, more than 2,000 people were surveyed in the top 50 metro areas in the country. Pittsburgh ranked 23rd on the list. New York city is the rudest city and Raleigh, North Carolina is considered the least rude.

To take the positive route would be to point out we are recognized constantly for our hospitals, universities, and trade boom. We have also been crowned the most livable city. But why does this one irritate us so much? I mean I even heard all three network television stations discuss or comment on this in the last few days.

I think because for so long we had nothing going on for us, so we went with our strengths. So what happened? I hear people comment on our niceness all the time after visiting.  After all, we got the youth to stay, we are almost even tech savvy, we have become a food town, with more restaurants than millwork, and our health industry is a claimed nationally.  How do we all have RBF?

Let’s put things in perspective, was this poll done the week before Christmas? I feel like it was. If so, I call unfair! After all, we had nothing even resembling cold weather, let alone snow. The holiday was falling mid-week, screwing up paid time-off and vacation time, not to mention people probably missed shipping dates to have packages arrive on time.

With all of this going on, how can people be considered pleasant? Catch us on a Steeler game… Rather, talk to us before the regatta….wait.  How about during the holiday spirit while walking into Lumaze. Well, not walking in because chances are people parked a mile away. I vote they poll us again sometime when the Penguins are in the playoffs and before the sun shines on the bridge at Picklesburgh. You won’t think we are rude then, ya Jagoff!