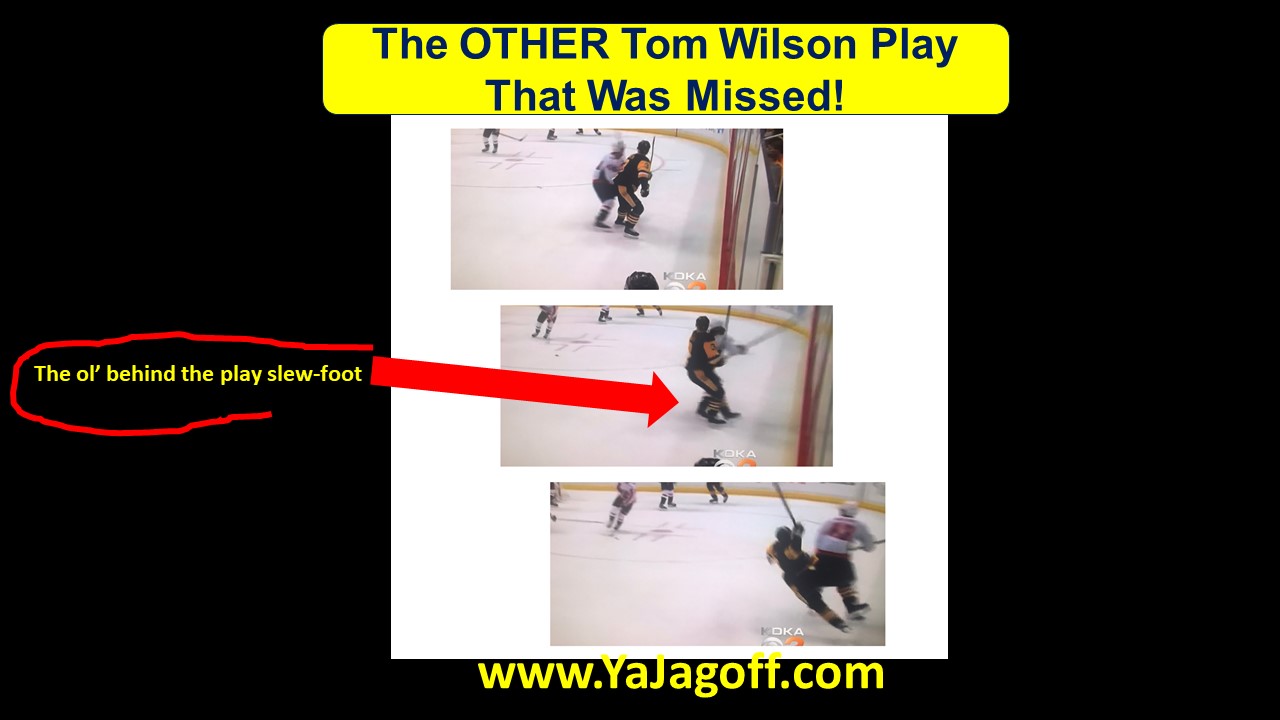 The Pens are used to garbage being thrown at them thanks to the Filthadelphia Flyers just last week.  But had to withstand the hefty cinch-sack with the word Wilson lettered across it during last night’s game against the Washington Capitals.  Our Pittsburgh Penguins did their best to dodge punches, pushes and cross-checks, better known as the Wilson war zone. This is his job.  A one-man disaster whirlwind who single-handily ruins a good hockey game.

His existence begs for a two sentence Mike Lange intro with a couple of expletives.  He is madder than a dear friend of ‘ol Sophie Massloff at a bingo who playing 98 cards simultaneously while smoking 3 cigs and just lost the jackpot bingo to an 18-year old, Iron City beer SIPPING first-timer who is playing one card!