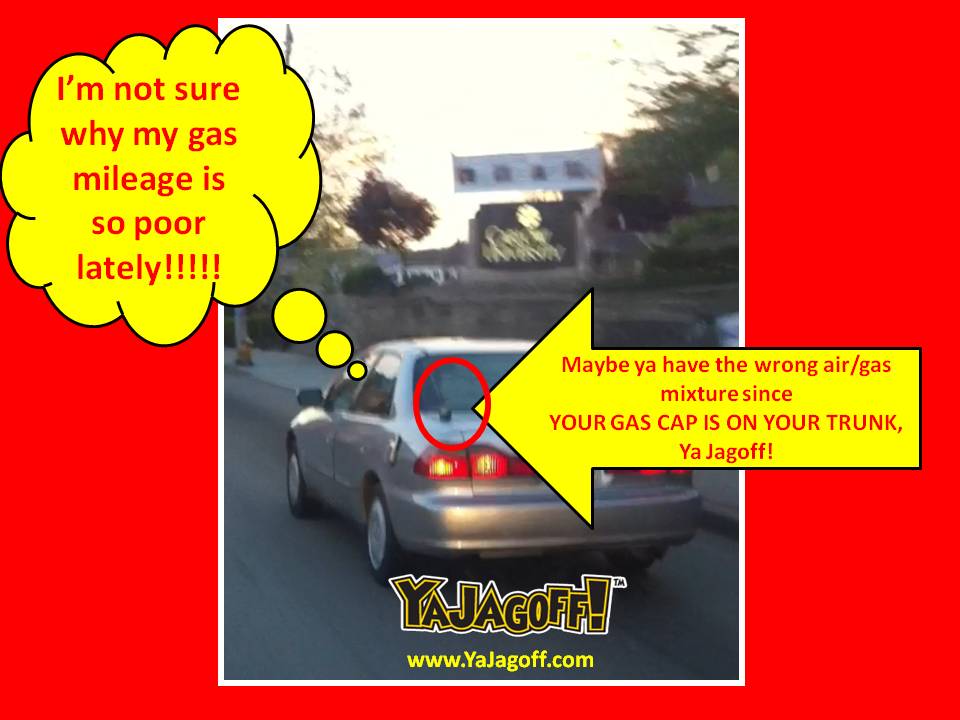 Not much to say about this one.  Other than, probably most of our readers HAVE done this before…. just not in view of a Jagoff Catcher!!  We’ve done it….but never caught.  So before you laugh at this one, remember, this could have easily been you OR us.  And now that we’ve acknowledged THAT, let’s laugh!!

Dude, you probably remembered your lottery ticket, 4 packs of smokes, some Funyuns, 2 SlimJims and a huge Turner’s Iced Tea while you were getting gas.  On the other hand, the stuff that’s vaporizing out of your gas tank at $3.99 a gallon is called gasoline.  And the reason why you’re currently getting .2345 miles to the gallon is….. YOUR GAS CAP IS ON YOUR TRUNK, Ya Jagoff!!!!