How lucky am I to catch a ride, park in Point State Park, have the Regent of the local chapter of the Daughter’s of the American Revolution unlock the paddle locked gate, unlock the historic blockhouse and let me walk around in the oldest standing building in the city of Pittsburgh? I know, right?

I have an interest in local history, especially the City of Pittsburgh, specifically it’s architecture. I am not a history scholar or anything of the sort. So, what do I do? I talk to my friend Susan Matlack, the Regent of the Pittsburgh chapter of the DAR.  I am treated to a private tour of the building and grounds and discuss the real scoop about one of my favorite architectural gems within in the city.

So. What did I learn? So much! The construction of Fort Pitt began as early as 1764 by the British. The Block House, thought to be constructed in 1764, is the only structure that remains of Fort Pitt, the oldest architectural landmark in Pittsburgh. This also makes it the oldest extant structure in Western Pennsylvania, as well as the oldest authenticated structure west of the Allegheny Mountains. Originally 1 of 5 small defensive redoubts that were strategically placed around Fort Pitt, the second of two forts build on this land. Fort Duquesne was built in 1754 and later destroyed by the French in 1758. Destroying the fort rendered it useless to the British who were weeks from a takeover of the land at the confluence of the Monongahela and Allegheny Rivers. All a part of the French and Indian War on the North American front.

The 5 redoubts as they were called were placed in the outer defense works of a fort to be a first defense against an enemy fire or invasion before the fort could be besieged. Unlike most redoubts of the time, the Fort Pitt redoubts were cover by a roof thus being referred to as a blockhouse. There is a very informative map at the Block House that illustrates the positions of the redoubts in relation to Fort Pitt.

After British abandonment of Fort Pitt in 1772 the fort was demolished in 1792 the Block House began an illustrious history of many uses and suffered from changes to the original building. It is recorded that after being abandoned it became a trading post for many years. By 1785 the building was converted into a single family dwelling and later a multi family tenement structure with a family living on the second floor. Window and door openings were added at some point.

In 1894, philanthropist Mary Schenley presented the deed to the Block House to the Daughters of the American Revolution with the intent that the structure be preserved for future generations. Industrialist Henry Clay Frick purchased all of the land surrounding the Block House in 1902, shortly before Mary Schenley’s death. He offered the Daughters $25,000 to move the Block House to Schenley Park. However, the DAR refused. After lengthy litigation, the Supreme Court of Pennsylvania ruled in favor of the Daughters of the American Revolution.  Thus the Block House was saved. Eventually it would undergo various methods of restoration and preservation to restore the building back to it’s original 1764 condition. The structure has never been torn down, completely rebuilt, or moved during its centuries of existence. Much of its timbers, brick, and stone remain original to its construction.

There are many facts to discover when you visit The Fort Pitt Block House: 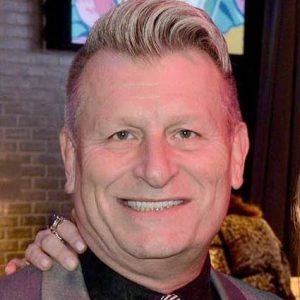