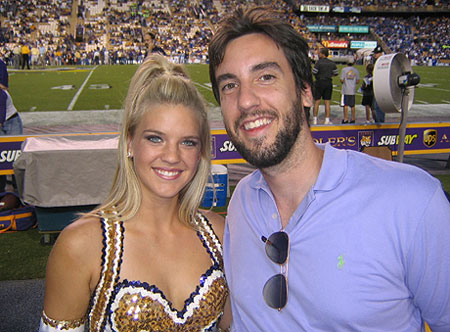 Ok, I HATE posting a link to this article cuz this guy’s gonna get more views than he deserves. Like lookin’ at a fender-bender on the Parkway West.

Here’s the deal:  outta town writers can make fun of our team name, or the Steelers logo (that quite frankly even some  Pittsburghers can’t really explain), or Rashard Mendenhall humping Ben.  You can even step on the Terrible Towel (AT YER OWN RISK).  But DO NOT poke fun at Myron Cope dying!!!!

Hey CLAY-boy, if you were a REAL writer, ya wouldn’t HAVE to write an “Anti Myron Cope Terrible Towel Dirty Pittsburgh Rivers” story just to get yer garbage articles some attention, Ya JAGOFF!!!!

(By the way CLAY-boy, the whole “dirty rivers” story is so 1960-ish – just like taking STAGED photos with team cheerleaders just so everyone thinks yer a PLAYA!)

Thanks to @nicolediperna and @danielcasciato for being Honorary Jagoff Catchers!!