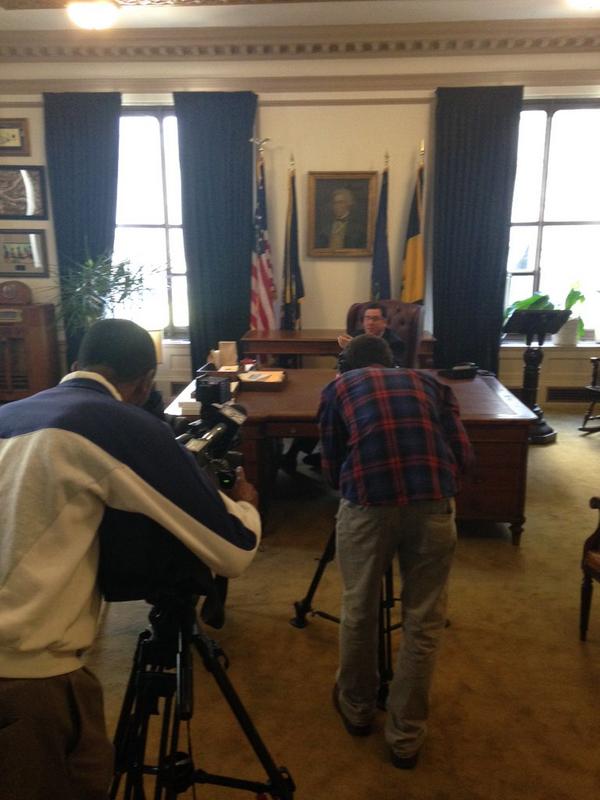 As a reader of this blog, you know that we started a petition to get the word “Jagoff” into the dictionary.  We were lucky enough to have, locally owned, 3 Guys Optical, offer to donate $1 per signature to one of my favorite charities, The Pittsburgh Emergency Medicine Foundation.

We have had some fun with this including some videos from Pittsburghers like Deadliest Catch’s Wild Bill and Pittsburgh Dad that pitch people to sign the petition.  The other day, Mayor Peduto showed his sense of ability to have fun for a good cause and shot a couple of pitch videos.  The story was picked up by the local news which was great for the petition effort and…. let’s all repeat.. THE FUNDRAISER!

Well, as usual, there were a few negative-nancy (no offense intended to people named Nancy) comments about the Mayor wasting his time doing this, “Shouldn’t be doing something more productive with this time?” kinds of things by people who also probably yell at police officers to “Go catch REAL criminals.” as they are being written a driving citation.

Some people, unaware that the REAL meaning of this project is DONATIONS to the The Pittsburgh Emergency Medicine Foundation. And, because of the Mayor’s obliging our request, we received over 300 new signatures to the petition… let’s interpret that as 300 more dollars donated by our buds at 3 Guys Optical.

I don’t live in the City but, my interaction with Bill Peduto have been nothing but fantastic.  The guy seems to genuinely have the City/Region’s best interest at heart. Yes, he will do things with which everyone  of us will disagree with at some point, but, his positive energy has been fantastic so far.  And his willingness to take chances and not fear failure is incredible.

So, to those who posted “Hater-notes” to the Mayor about “Is that all you have to do as Mayor….blah…blah..blah..blah,” if you would simply use your energy to skip the petition, click on The Pittsburgh Emergency Medicine Foundation website, and give $1, $5 whatever, we’d be doing really well and you’d have something to feel good about vs. complaining and feeling miserable.

Thanks again Mr. Peduto for your time, your sense of humor and your energy.

Closing note:  Some might ask, how does a guy like me get access to the Mayor for something like this anyway.  The answer is HOCKEY.  The Mayor and I play in an old man’s ice hockey league together along with Pittsburgh PR guy, Saul Markowitz.  Since it’s rather depressing, after each came, to sit and talk about our hockey skills, we sit in the locker room, have a few “Yeast Pops” and talk about stuff.  One day, Saul said to me, “ya know what you should do?”  One thing lead to another and the campaign/FUNDRAISER was created and the Mayor agreed to get involved because it was for a good cause.  So if ya wanna blame anything for this, blame our hockey skills!