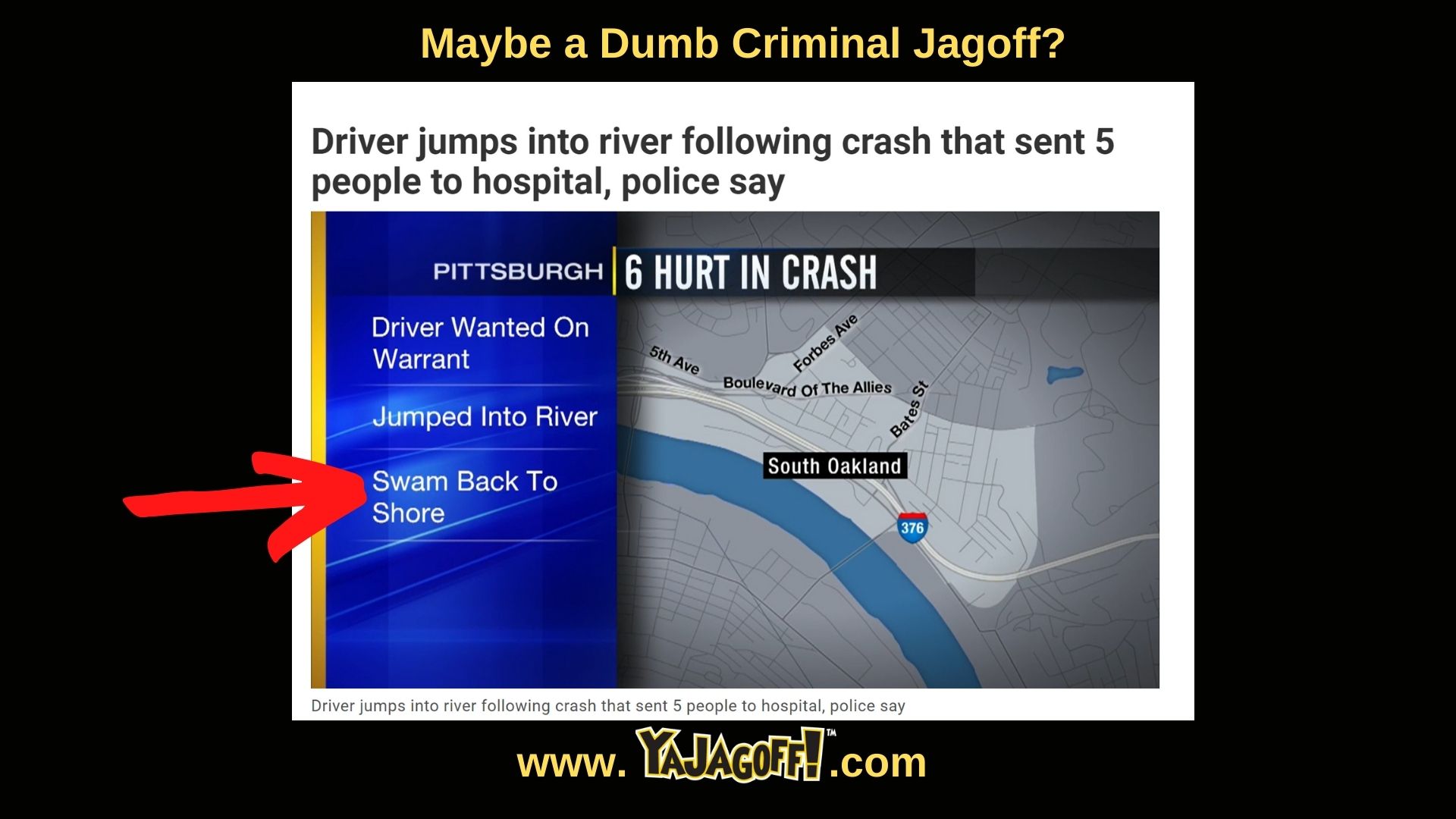 Yep… you see that correctly. A criminal wrecked some cars then jumped into the Monongahela River to get away from the cops. Well… since he wasn’t able to swim faster than a police radio or ride the river flow all the way to the Mississippi, the police just kind of waited for him to be done swimming to arrest him.

“Police said the driver of one of the vehicles fled and jumped into the Monongahela River. He later returned to the riverbank, where Zone 4 officers took him into custody.”

This is kind of like those Los Angeles are criminals that drive radically through the streets .. but are chased by a helicopter. There’s just no way to get away.  They police just arrest you once you bore yourself or tire yourself out.

So.. guy jumps into the river and.. well.. the police just hang out on one of the 2 shores for him to come out.. easy-pickens.

Well, no-named car-wrecking-Mon-river-non-English-Channel-swimmer, the next time ya plan a river escape, ya might wanna train with Michael Phelps or find a friend with a boat!  Either way.. glad ya got a good river-bath before you went to jail, YaJagoff.