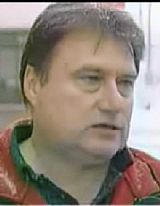 I have to admit, I was close to posting this as I was driving up West Carson Street yesterdat over top fairly deep snow tracks.  But then, I decided, “Oh, hell!  This one’s toooooo easy.  It’s like tellin’ a “dick joke” for an easy laugh.  I thought SO MUCH about NOT posting this that I chose to NOT have Mrs. Jagoff Catcher snap an iPhone photo!

Theeeeeeeeeeeen, I received a tweet sayin’ “Jagoff of the day suggestion. Director of Public Works who still hasn’t learned how to plow a road in Pittsburgh.”  That’s IT!! DONE DEAL!! Pushed me over the edge so here it is.

*  Monday Noon: Demitrius Ivory says there’s some snow comin’ and it might be more than a handful (Paraphrasing)

*  Monday Afternoon: Snow starts to pile up faster than BS out of City Council chambers

WHAAAAT???  I get the whole “salt can only do so much” and “we were out all night with everything we have” stuff but…

Me, the trucks that jack-knifed this morning and the cars that spun out weren’t on PACKED SNOW.  We were drivin’ PRIMARY ROADS on snow that looked like the end of the Boyce Park bunny hill after 120 kids snow-plowed down the first time.  Mr. Kaczorowski, engineers figured out how to turn an entire  “smokey city” into one of the “greenest cities” but reasonable snow removal still seems to elude you, YA JAGOFF!!!

(Of course, the Boyce Park bunny hill note is PURELY conjecture sinc the only way down that hill THIS SEASON is by Fire Department ladders and ropes!)

THANKS TO @Len_Brennan for the “push” and for being an EXCELLENT Honorary Jagoff Catcher!

In this article: City of Pittsburgh Snow Removal, Rob Kaczorowski