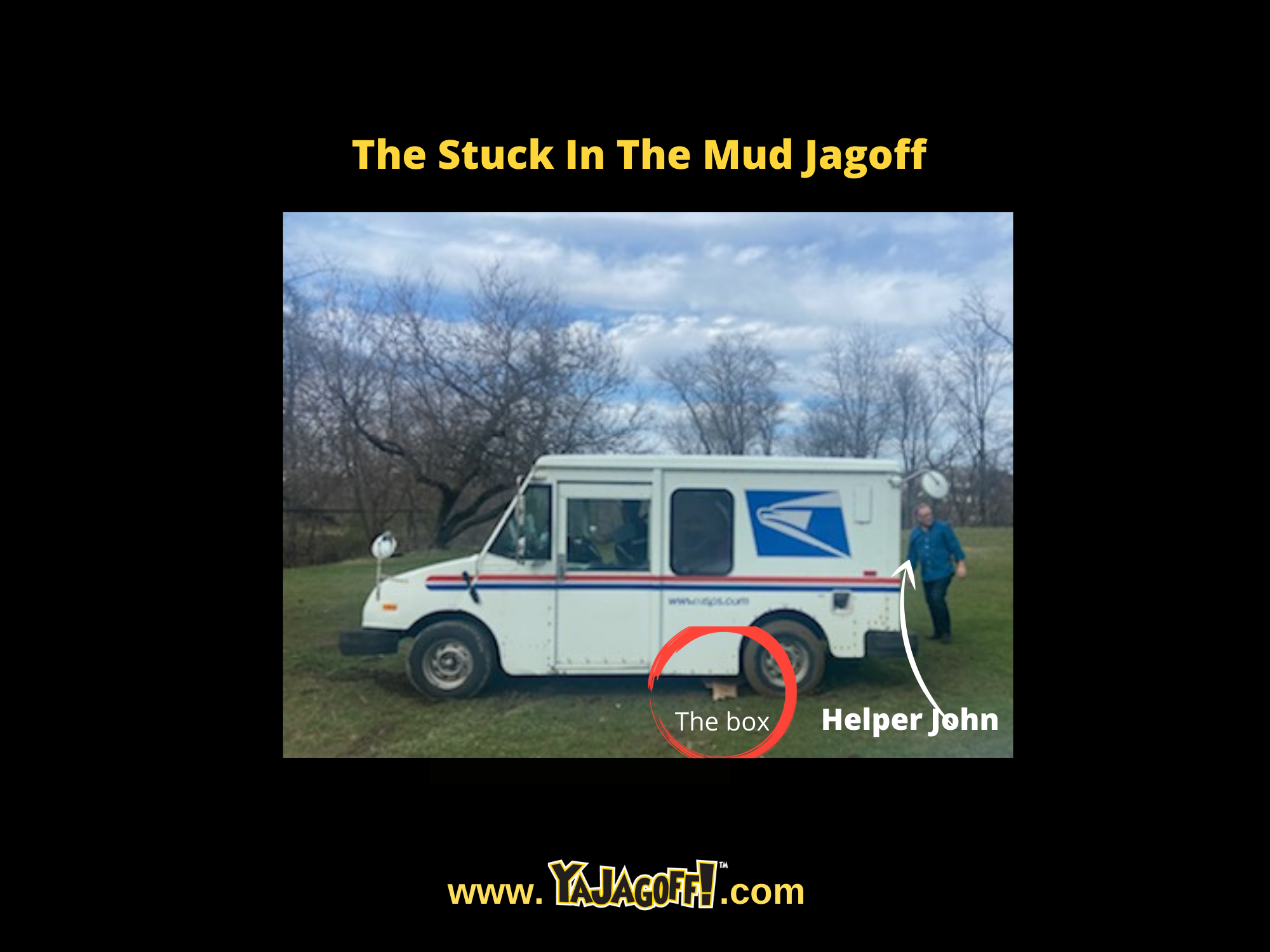 So the mail guy wanted to dart up the driveway, drop the mail and roll, and oh not have to bear the cutting wind. Ya just can’t have it all.

Just like the other five days of the week, my man landed at the top of the drive and placed the mail in its box.  As he prepared for his semi circle in the grass departure, he got stuck. The multiple rain days created a swamp-like field and well, swallowed his lil government mobile. The Amazon boxes strategically placed under the tires could not help muscle him unstuck.  Mud just kept splashing up and the boxes sunk.

After an hour of attempts at pushing and reversing and wheels spinning, the gov truck managed to become unstuck just like the rest of us common folk….good ol’ Triple A. The Lokowski’s were probably waiting longer than usual for their Kuhn’s circular and coupons to clip, but Triple A made it happen.  Thanks  for the new term for snail mail, ya jagoff!