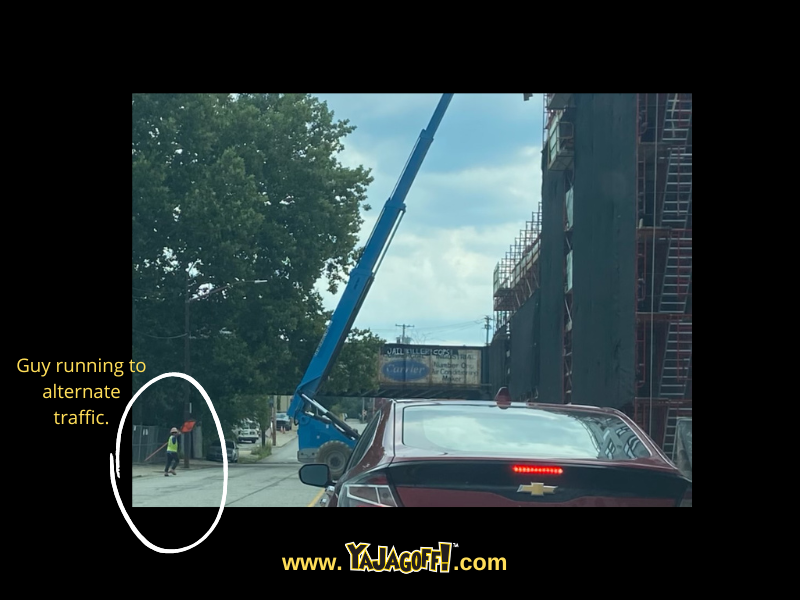 Holding the flag in a construction zone, especially in Pittsburgh, is like receiving the baton in the Olympics. You are traffic and construction king or queen. You know what’s up.

You control the road rage, the ‘way to go jagoff slurs,’ oh and the traffic patterns. My man, we will call him Nick, since he was not in “the nick of time,” was not ready for 412 flag duty. As his fellow workers put skills to work from the bucket of a truck many feet in the air, Nick got sidetracked moving traffic along and had to run to catch up to the traffic pattern. Twice.

All traffic kind of hesitated nearing the light on Liberty going toward Bloomfield because Nick wasn’t there. Just the truck with workers working.  Then Nick came out of nowhere running toward traffic.  Not sure if he was practicing a new traffic pattern TikTok or directing drivers. He was running AT the cars. Perhaps asking them if they should proceed?

Nick, that kind of  shotty work won’t allow ya to keep king status, ya jagoff!