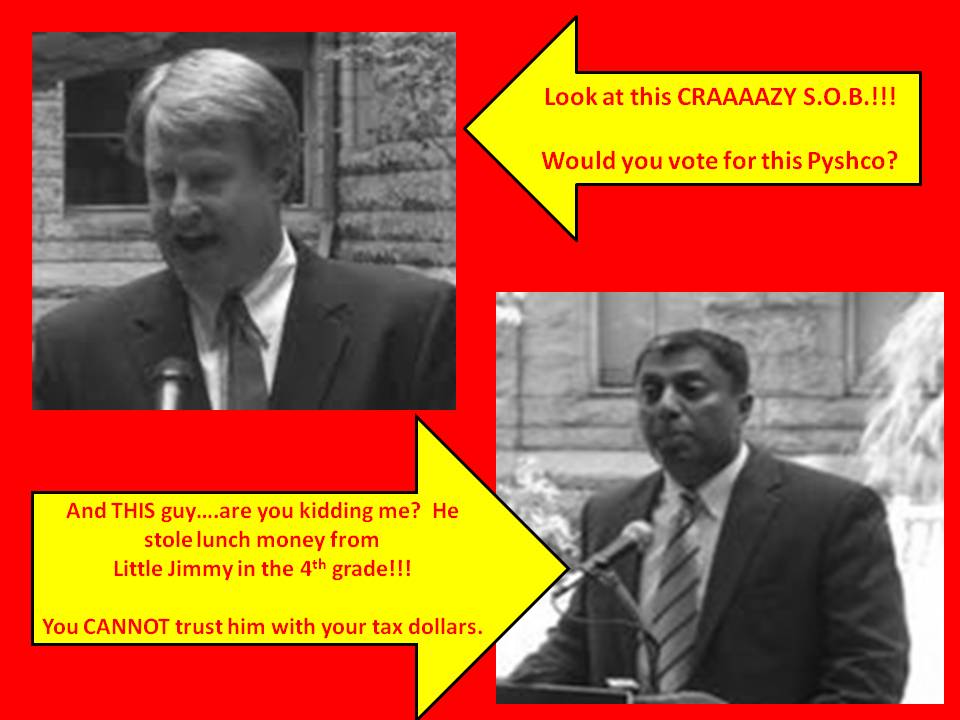 We are supposed to be proud today and exercise one of our most treasured gifts, the right to vote.  But these candidates make it sooooooo hard to take this stuff seriously with the constant negative campaigning:

“She Has A Sordid Past of Kicking Puppies”

Does showing fuzzy, scandalous photos of your opponent with their eyes bulging out of their head that look like they were taken in mid-sneeze OR telling people your opponent isn’t qualified to hold an office cuz he once used his bicycle to run over a picture of Jesus when he was 7 years old REALLY EFFECTIVE AND NECESSARY?

Here’s OUR idea on campaign reform given this silly negative campaigning stuff.  We say that each candidate has to furnish the opponent with 1 photo of themselves to be used by the opponent during the campaign.  It can even be a Glamour Shot!  Then, the opponent gets to use the photo how every they want—but its STILL a glamour shot and not some fuzzy psycho photo.  For example:

It would be legal for your to rub the dark pupils of your opponents eyeballs out of the picture with an eraser so that he looks like something from Politicians of the Living Dead.

It would be legal to draw an arrow through your opponents head with the complete understanding that you are not inferring that he/she needs to be cross-bowed during deer season. 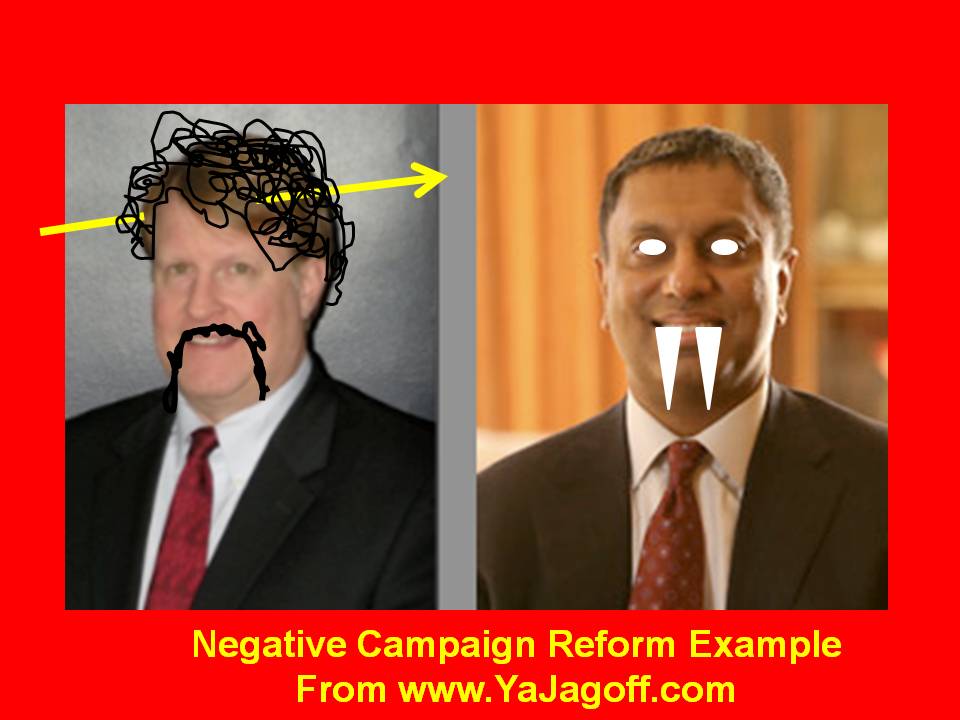 Maybe a good, solid, TRUTHFUL campaign slogan should be, “We suck LESS than the other candidates.”  And since we brought up slogans, while we are a-political on this blog,  we kind of hope that Raja wins for Allegheny County Executive so that we can get more mileage out of the Pittsburgh Pirates’ slogan:

Hey politicians, if you would come up with a slogan like, “I’m a good candidate and THIS is why – if you like what I’ve said vote for me” and then end it with a word that seems to be foreign to most politicians, PLEASE, maybe more than 27% of the public would actually exercise our right to vote, Ya Jagoffs!

For challenging economic/political thoughts, be sure to follow this blog, Dzaja Jogging, by out-of-town Pittsburgher Scotty Duryea

You can now order a Ya Jagoff! cell phone skin. They are only at CellPig.com

Write a note on their Facebook page saying, “Gimme one of those cell phone skins, Ya Jagoff!” 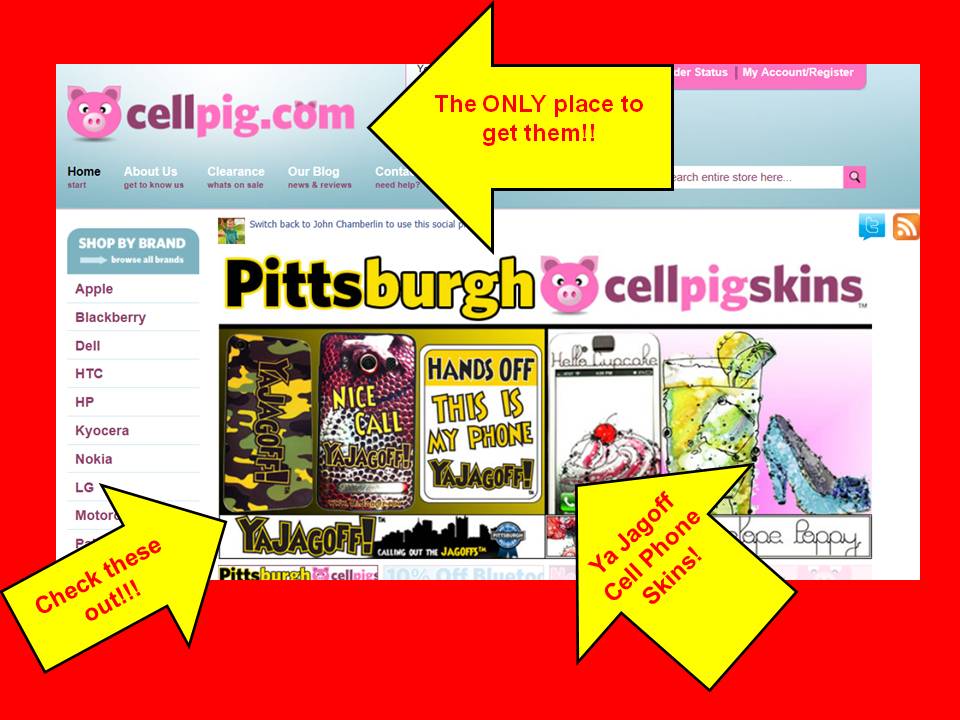