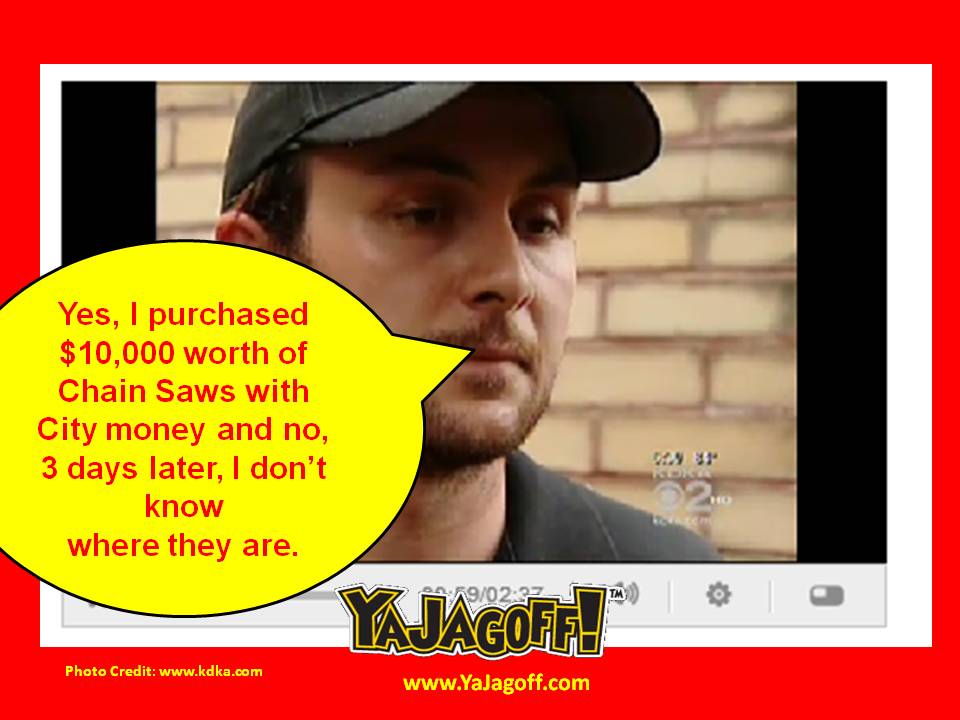 If you haven’t heard this story yet, it’s one of those “government done somebody wrong song” stories. On top of that, the boldness of the guy involved, Matthew Hogue, is incredible.

You can see the report from KDKA’s Andy Sheehan here, but basically, Matthew, City Councilman Kraus’ “constituent services coordinator” purchased $10,000 worth of chainsaws with, of course, City money. A couple of days later, Matty reports the chain saws stolen.

Wow.. we have lots of questions including:

A City Councilman has a staff member called a “constituent services coordinator” that hands out stuff to people? Really?? Is his real name Santa??

The $10,000, in this case, comes from some sort of local version of “walk around money?” Yes, his real name MUST be Santa!

If you steal $10,000 worth of chainsaws while a bear is s@#$ting in the woods and no-one is there to watch them, does the bear still make a sound when he’s s@#$ting and were the chain saws REALLY there if nobody was there to see the trees fall?

Oh Lord!!! Something says there are some friends of Matty’s aka “City Santa” that recently were sold some discounted chain saws who are going to be s@#$ting themselves whether they are in the woods or not when the police come knocking!!

FYI, Andy Sheehan’s not the ONLY big dog investigator in this town. We put our top Jagoff Reporters on this and they found the REAL story: It sees that Matt was secretly starting his own “chainsaw drill team!” His plan along was to have the team perform at local parades and street fairs for an honorarium. The money collected would then be utilized to decrease the City’s debt!!!

Unfortunately now that the chainsaws have been stolen, we need a fundraiser to replace the equipment!!! Those dog-gone burglars should be ashamed of themselves!!!!

Marty aka “Santa,” we say let’s get the drill team some new saws AND uniforms this time. (Of course we suggest some of our Don’t Be a Jagoff t-shirts).

Because of your community spirit, we thought we would honor you with a Draw Something rendering. A guy with your integrity and honesty SHOULD be “honored.” 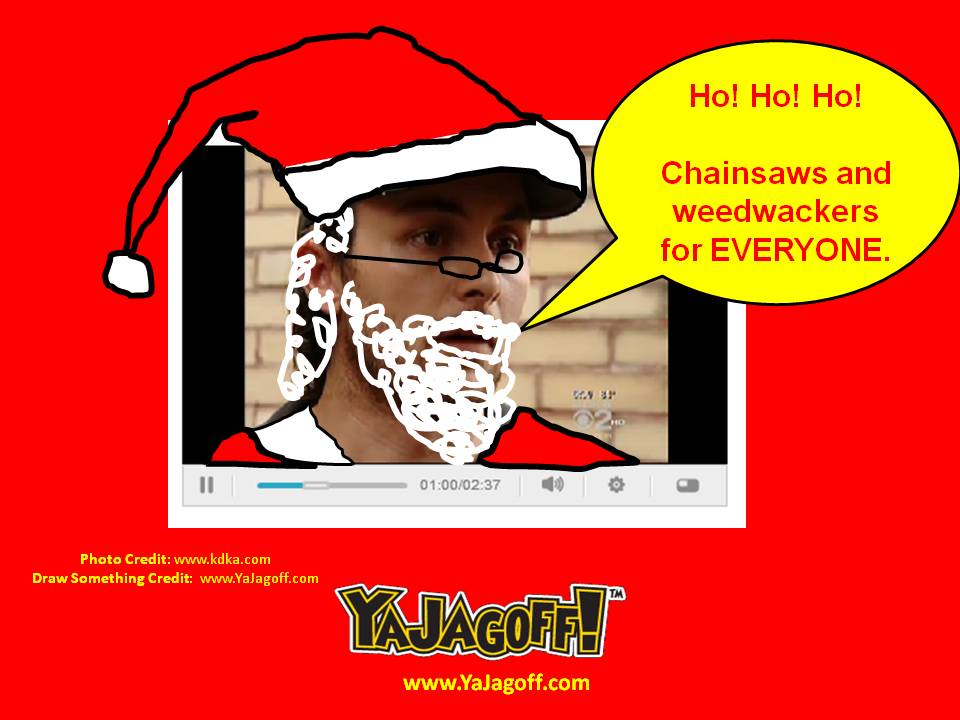 In the meantime, have fun s@#$ting YOURSELF while law enforcement folks find your buddies and cousins that have new chainsaws cuz this “Santa on City Dollars” deal is about to come to a screeching halt, Ya Jagoff!!!