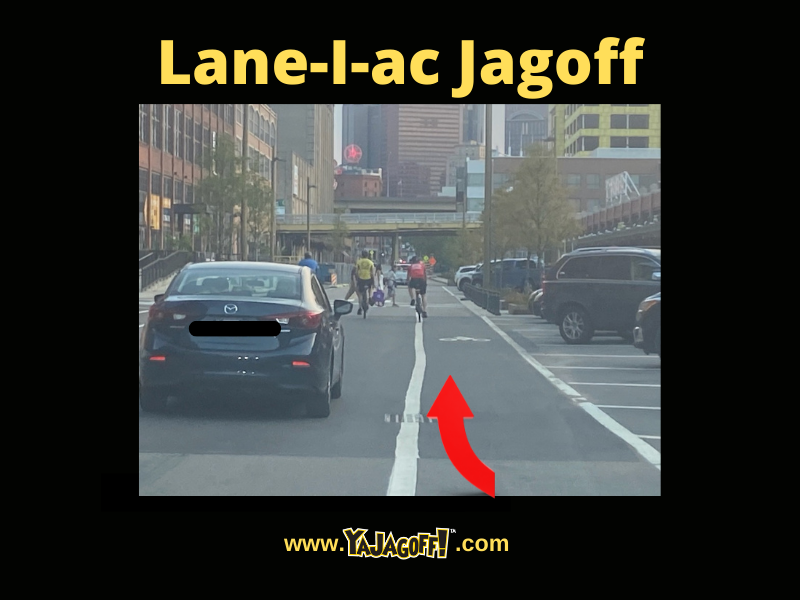 Bill Peduto will exit his role as Mayor of Pittsburgh with the legacy of creating an identity and opportunity for cyclists. Thanks for the bike lanes, mayor.  Now can we get the cyclists to have some common courtesy?

Insert any Pittsburgh neighborhood for an example, but in this case, near the Strip District off of Penn.  Right smack dab during post rush hour AND the time of evening when people are meeting for drinks and milling around; a hustle and bustle kinda hood with pedestrians, drivers and peeps on bikes.  Then picture three dudes all decked in bike gear hogging the entire road.

No mind for pedestrians waiting to cross, scooters buzzing around, and drivers trying to get from one place to another. NONE.  They ignored the perfectly outlined lanes created just for them.  It was clearly identified with the words bike lane just in case they were not locals who didn’t know about the mayor’s efforts for their well-being. The drivers slowed to a ripe old speed limit of 22 ish.  Come on bikers!  At least get us up to the actual speed limit of 25.

I get share the road.  I get and respect different means of transportation.  I get, respect and admire exercise with use of cycling, but share the lane ya jagoff and use your own.   Carry on!