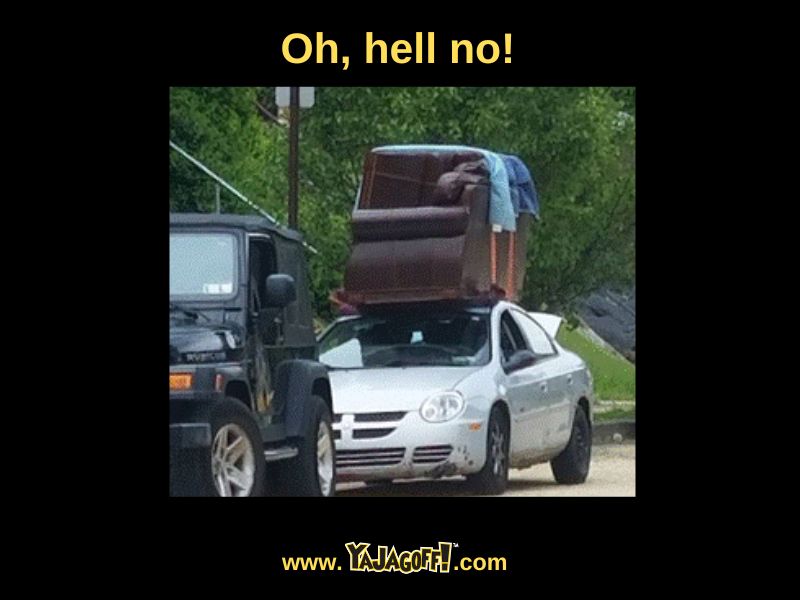 Is this the right way to move your couch?

Maybe they are NOT moving!  Maybe their vacuum broke, the in-laws were coming over and they had no other way to get all of the food crumbs and coins and pet hair out from under the cushions and the crevices!  It doesn’t appear that anything could possibly go wrong in this photo unless the family cat is stuck up inside the couch.  It will not handle the driving wind its face as well as a dog would!

Maybe we would give them a pass if they were WVU fans taking it down to the Backyard Brawl!  I mean… that is totally believable and encouraged.

Now listen dodge-stratus-mover, you pay to have pizza delivered!   For crissakes, pay the extra few bucks and find a guy with a pick-up truck, offer him some of your delivered pizza and cold beer to help you move.  And don’t dare say you don’t know anyone with a pickup truck!  Everyone in Pittsburgh is only 2.43298 steps removed from “a friend with a pick-up,” Ya Jagoff!