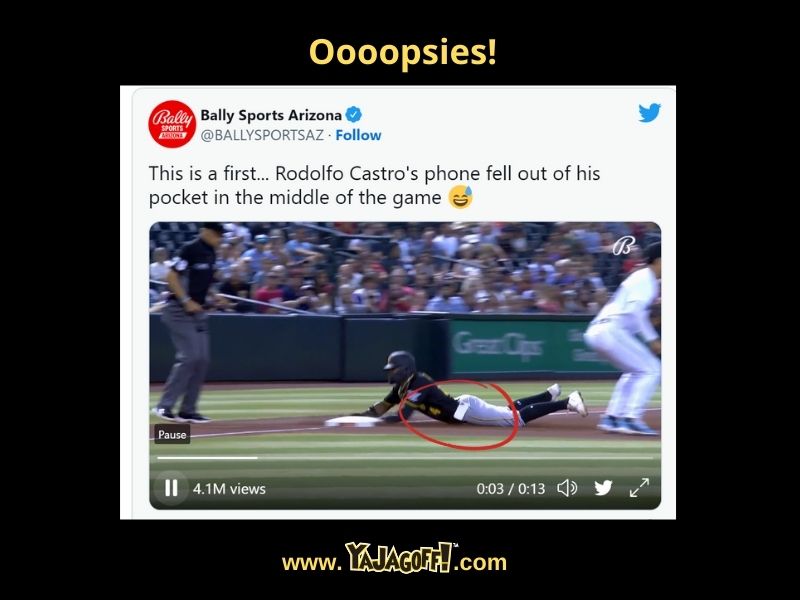 This isn’t a major guffaw..it’s more entertaining than it is negative.. except for the fact that the Pirates’ Rodolfo Castro was called out at third base for it despite being safe! Story in TribLive.com HERE by Kevin Gorman.

Phone are everywhere now… the dinner table, church, meetings, concerts, etc. but this is the first time, it seems, anyone has ever seen one make a slide into any base during a major league baseball game.

In the article it says, “MLB issued a memo in 2020 prohibiting cellphones for communication with on-field personnel, but it is unclear how that applies to the possession of devices that are not in use.”

Rodolfo… so many people go viral WITH their cell phones.. taking pics of a sunset, making videos of someone falling off of a toilet or down steps but, looks like you’re the first to have your cell phone, itself, to go viral!  Maybe we just need to focus on just playing the game as the Pen’s coach Mike Sullivan says. Winning starts with handling the small details… YaJagoff!