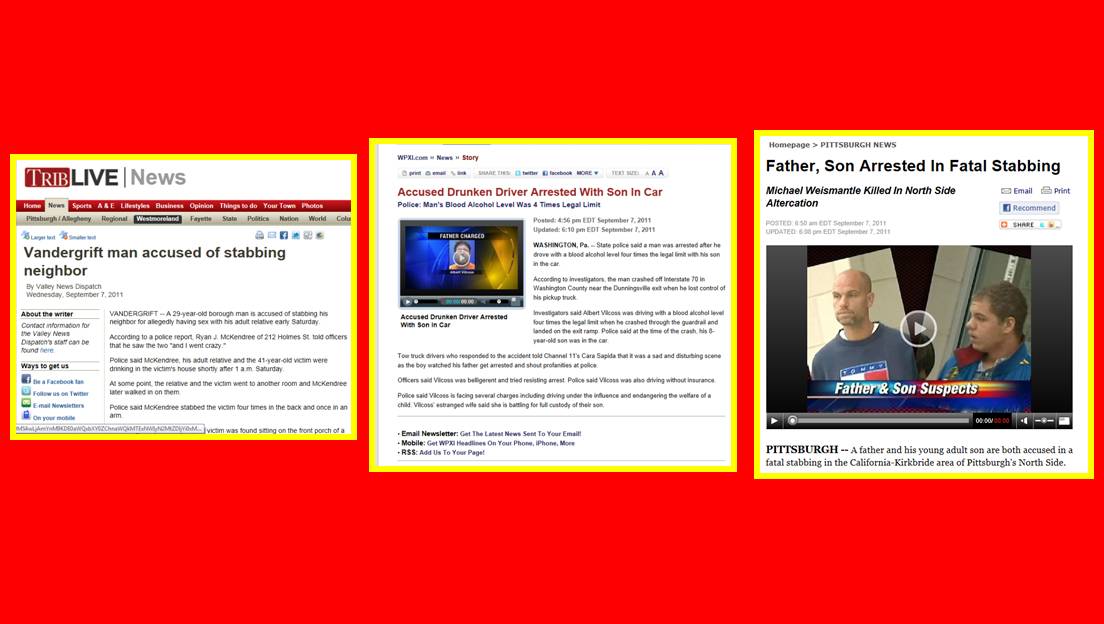 It would have been sooooo easy to write today’s post of all the Twitter Jagoffs that called Sid all kinds of names for being a “baby” and other things for not returning to hockey.  Those people are just trying to get famous on Twitter so we decided not to mention them.

Instead, we made a “Family Affair” Jagoff post!  Look at these stories over the past 24 hours:

40 Year-old Dad and 19 Year-old Son Arrested In Fatal Stabbing (Ya see, they were defending their daughter/sister that got in a fight with her best friend.. blah, blah, blah some how the girls make up but dad and son team up to kill someone ALLEGEDLY- WTAE)

Whatever happened to dads and son just taking in a baseball game to make an evening interesting?  Should we be blaming this on the Pirates record?

And when did having a beer with a neighbor turn into your neighbor ending up with your sister IN YOUR HOUSE??  It’s like a block party with the Hells Angels.

Can we blame this lack of responsibility on Rock and Roll like they did in the 1960’s?  As a currrent day example:

You turn on the Today Show’s Friday Morning Concert Series and you see moms, dads and families bouncing their heads, dancing and singing along with that week’s Concert Series performer.  Everyone’s having a GREAT time clapping and singing EVERY WORD – all in good fun, right?   But wait!!  The performer is Katie Perry and she’s singing, “I kissed a girl and I think I liked it!”

Right then there’s a close up of a dad smiling like crazy standing behind his twin daughters that are holding their home-painted sign that says, “Celebrating our Sweet 18 Birthday with Matt, Meredith and Al.”  And the girls GLEEFULLY sing as the chorus comes around again,  “I kissed a girl and I liked it.”  Uhhh, as long as the kiddies are happy, WHO CARES WHAT THEY’RE SINGING, right?

Naaaaaah!  Blame it on the fact that you have to have a license to do just about ANYTHING other than become a parent!

Mr. DUI GUY, don’t worry.  What do 8 year-old kids remember anyways and you’d probably get drunk and act the same way at a baseball game.  And to the Father-and-son tag-team-stabbers, well, use the alibi that you thought this was just a 3-D X-box game and you were having “quality together time!”  And Mr. Neighbor-Stabber, good luck getting a cup of sugar from anyone in the neighborhood, but either way, LEMONADE might be a good suggestion the next time your friends come over to chat.

To all 3 of you, thanks for making us glad that my parents whooped us with a paddle occasionally, made us say, “Yes Sir” and “No Ma’am” and made us come in when the street lights came on, Ya Jagoffs!

CHECK THIS OUT!  The son of Twitter Follower @Rach4Steelers (Minnesota) wearing one of our t-shirts in London, England!!!

Click on his picture to order your OWN shirt, Ya JAGOFFS! 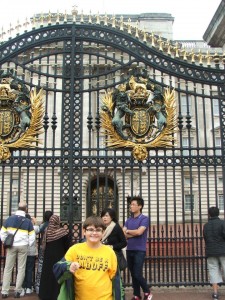