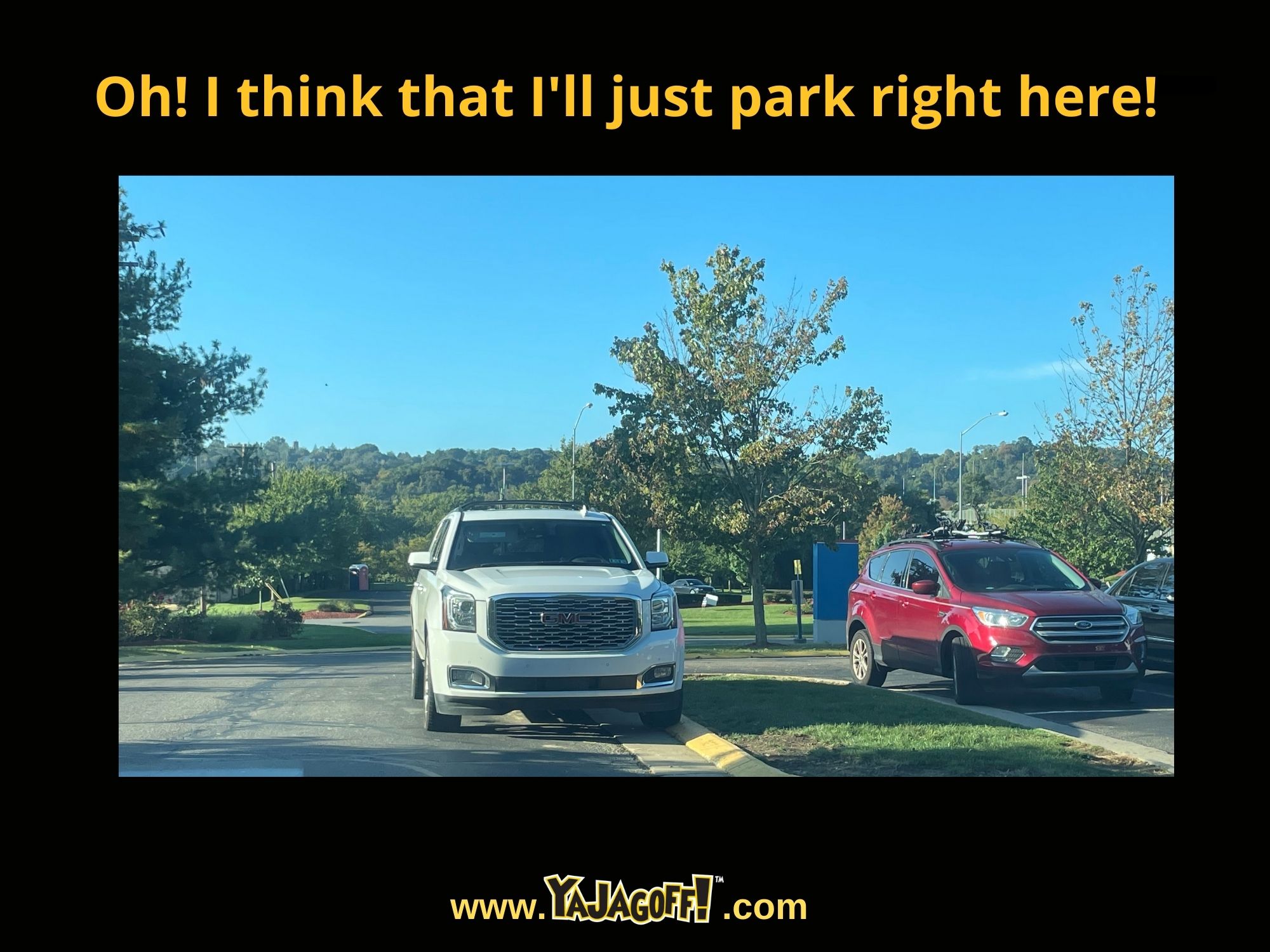 But then…..ya have peeps like in this pic.  Hmmmmm….The driver of the swanky hockey-parent SUV just had to be closer to their destination than all of the other people who wanted to park close!

Hey there hockey-parents, good to know that your parallel parking skills are up to par! But, those parking spots seem a little selfish don’t ya think?  No better way to teach your young hockey players to be humble than to say, “Hmm…no more spaces close to the rink so I think I’ll just go wherever the hell I want!”  I mean, for GAWDSAKES… royalty like you shouldn’t EVER have to lower themselves by parking in a simple commoner’s spot in an adjacent lot just 25 yards away! Right?  BTW, you’re kids not gonna make the NHL either so make him/her walk a little…. Ya Jagoffs!