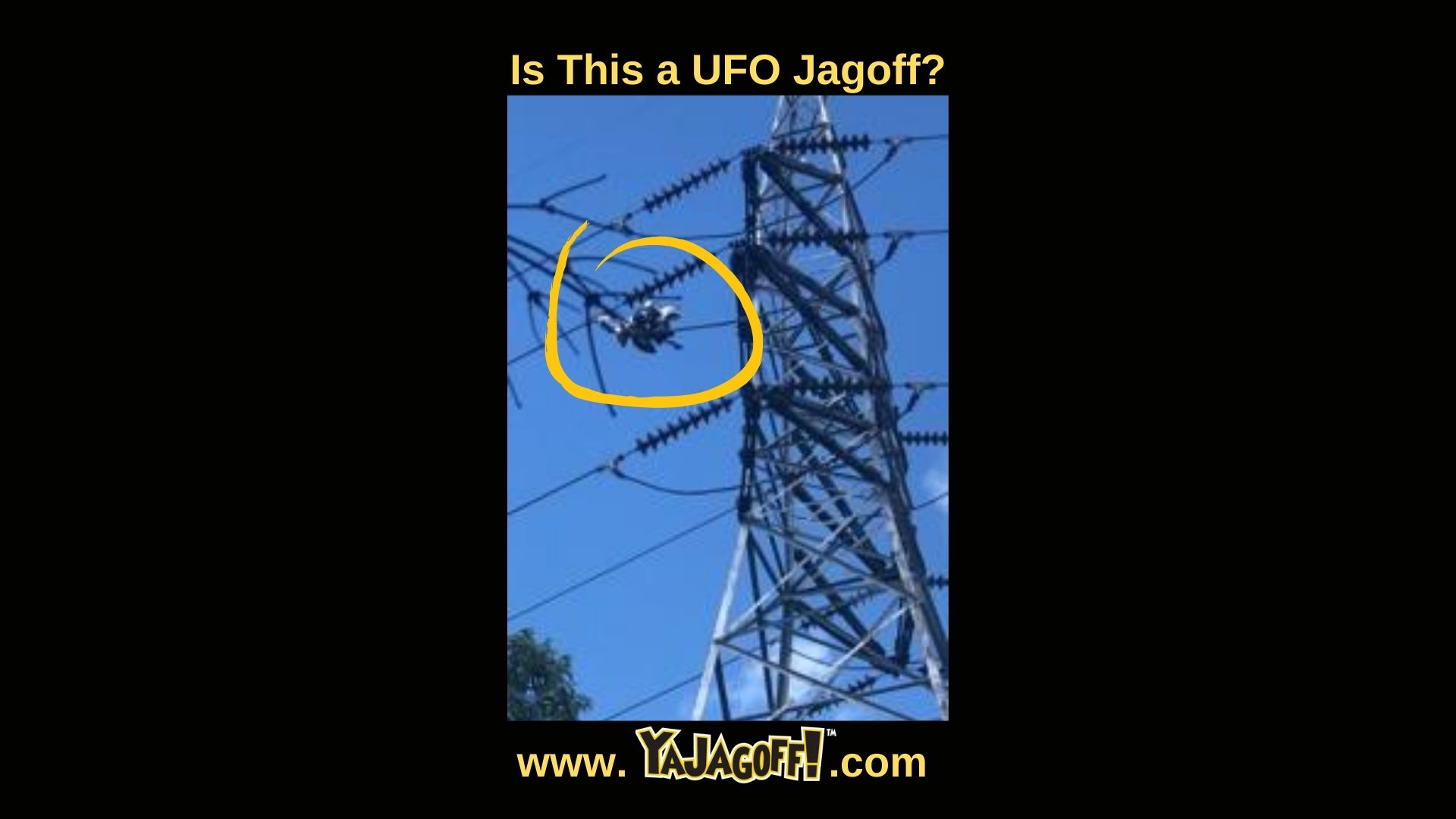 Can ya figure out what that is stuck in the local electric tower wires?

(Go ahead… take a minute to make the pic bigger on your phone or computer. In the meantime, remember that song, The Electric Slide?  “It’s electric! Boogie woogie woogie woogie!”)

Ok.. you don’t have all day and neither do we so… it’s a set of balloons that someone let go and, eventually, perplexed a few Duquesne Light field crews for a bit. It’s kind of like neighborhood fireworks… you see them, but you’re not sure where they came from.

The funny thing is, everyone can probably relate to this in that.. if you went to the local outlet to get balloons and you tried to stuff 6-10 mylar balloons into the hatchback of your car.  You feel like a salmon swimming up stream or it’s never-ending like trying to pick up a wet watermelon seed from the floor.  And who hasn’t had that experience of handing a kid a balloon or two and telling them, emphatically, “Now hold on tight!”… and then they DON’T!!

Well, like the fireworks, we don’t know where the balloons originated from but, whomever you are, your neighbors who were inconvenienced with occasional zapping noises and perplexed Duquesne Light staff in their yard would appreciate it if, the next time you hand someone a bunch of celebratory balloons “to hold for a minute” that you tie them to their wrist with a clove-hitch-reef-bowline-sheet-bend-rolling-barrel-anchor-bend-slip-knot… or just tie them to the bad kid in the neighborhood and let him learn a lesson… YaJagoff!

Thanks to @BallerJay36 for being today’s honorary jagoff catcher!