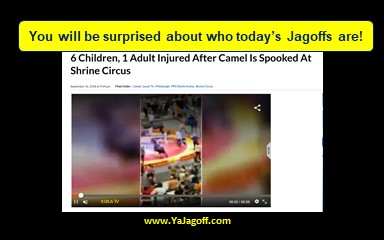 I get it… you may not like animals in the circus.  You may even hate it.  You may hate the Shriners who continue to push back at the legal the system about using animals in a circus to entertain kids.

Here’s the story from KDKA TV:

But.. and the big but here is this part of the article, “They were giving camel rides and camels were walking around calmly. And then a kid threw a shovel at the camel’s feet, which startled the camel and it started to buck,” Ruthie Kester, of Latrobe, said.

Oh… wut? A kid ALLEGEDLY threw a shovel? Oh.. that sounds like a kid whose parents or overseeing adult need to be held responsible, huh? This is just like those stories where the kid crawls inside of an arcade game and then a rescue crew has to tear apart the arcade game to get the kid out….. meaning….WERE ARE THE PARENTS when this stuff happens??????