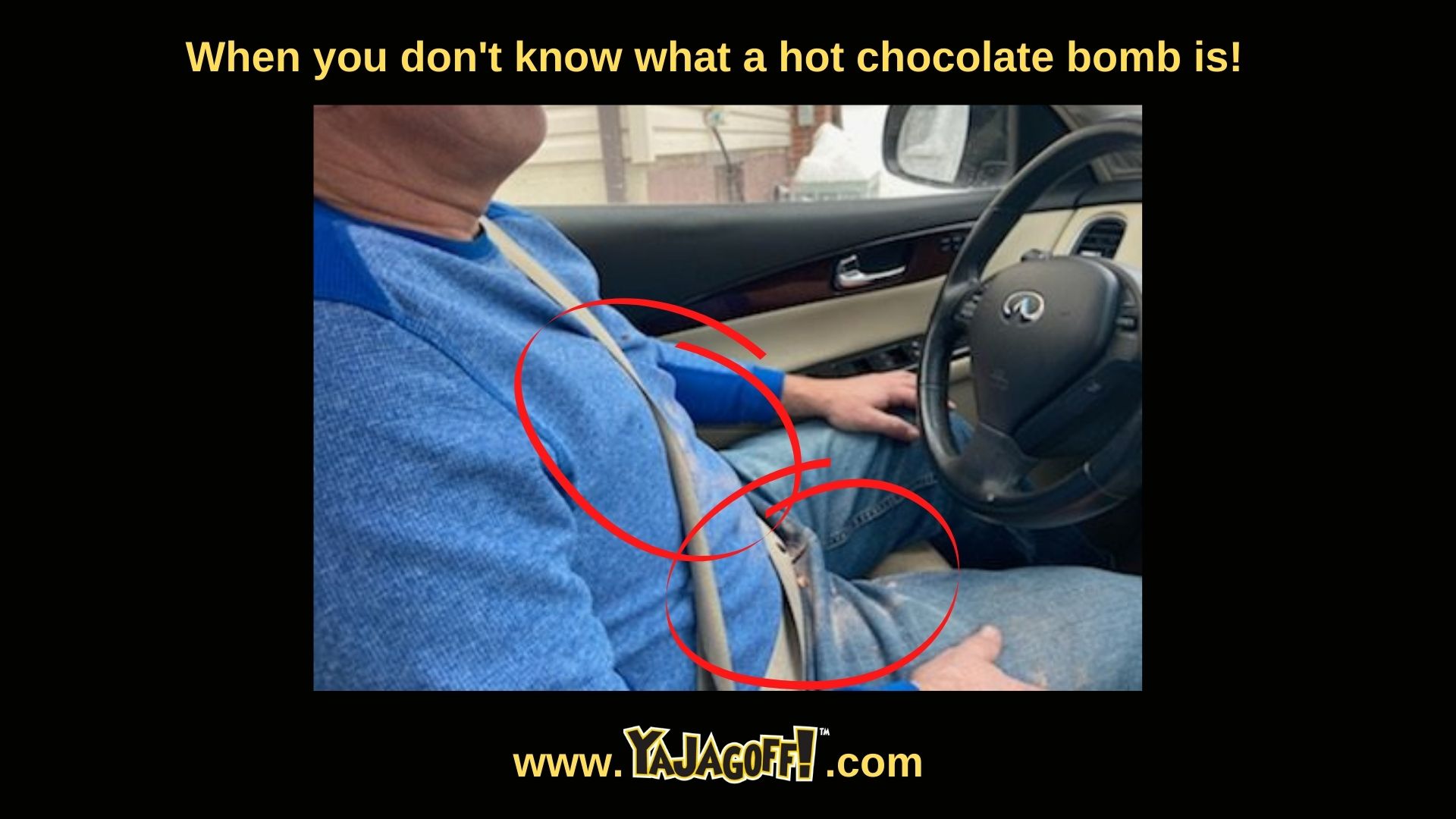 Admittedly when I received a great smelling snowball with the words bath bomb on the packaging about three years ago, I was confused. I mean I used context clues and figured it had something to do with a bath and after all, again, it smelled good. So, I googled it and learned quickly the bath bombs were cutesy fizz soaps that make you think you are soaking in the middle of a meadow full of lavender.

So, no surprise that when I saw pics of hot chocolate bombs, I thought those bad boys exploded all of their chocolate decadence in your mouth. I didn’t use context clues I guess, and I did not share any of my curiosity with my partner. In fact, I kinda let him be the guinea pig.

This holiday season when my sister-in-law nicely passed a few chocolate “bubbles” through my window, I was elated because I hoped for my daily protein shot of PB, which I assumed was inside of the chocolate. Uh no, hot cocoa trickled out, but luckily, I had not taken a large bite. Can’t say the same for John.

As usual, we were in a hurry and before I could warn him not to hefty bite in, he was already covered in choco powder. He bit with hunger teeth. As I laughed at the scenario, he annoyedly brushed off hot chocolate from his lap. And his shirt. And his car seat. Not sure who the jagoff was, me or him? Or my sis-in-law for not specifying. Either way, the chocolate was da bomb, ya jagoff!