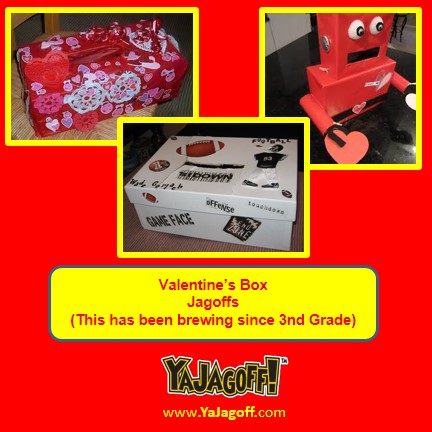 I hope you enjoyed your parents doing your Valentine Boxes.  My guess is, today, you’re the person that has no idea how to take a secondary route to work when the Parkways are jammed.  If you’re a guy, you have to call your spouse from the grocery store aisle 4 times if they don’t have exactly what you were sent to get.  And, when you don’t get your way at work or someone gets a recognition that you didn’t get, you from a new lunch-group that doesn’t include “that suck-up.”  But you’re definitely the person who doesn’t admit that it’s your lunch that’s was in the work refrigerator for the past two months stinking up the entire floor.