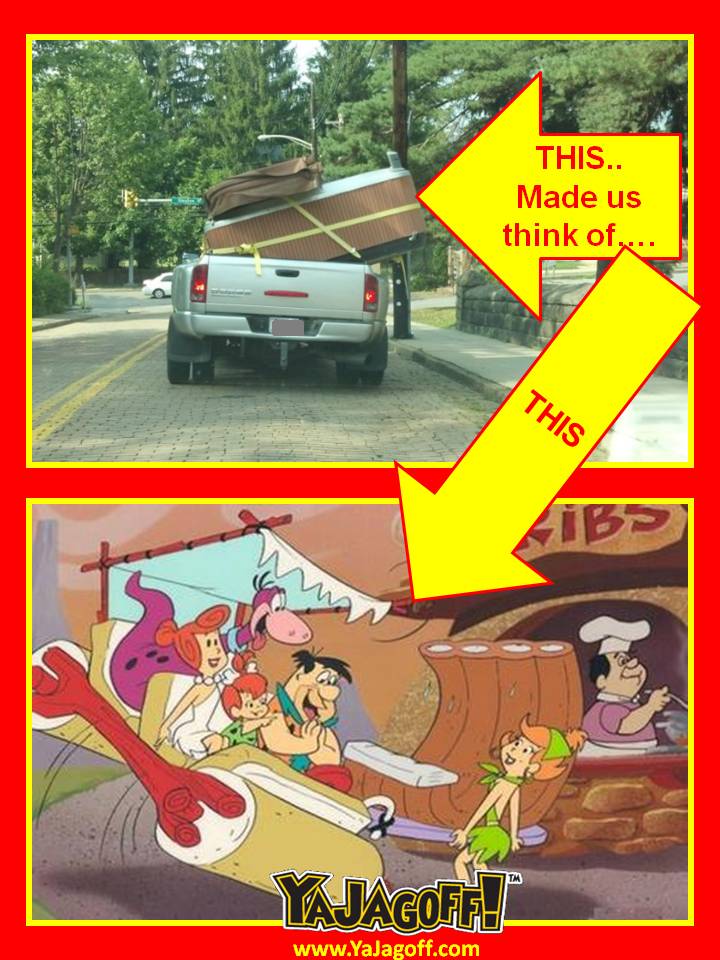 People carrying inappropriate furniture and appliances in inappropriate ways on top of inappropriate vehicles is becoming a bigger trend here than “Peter Parkers” all of the sudden.  We’ve had chairs and beds on top of sedans and jeeps but THIS ONE is the big daddy!

As soon as we saw this, we flashed back to that waitress dropping the ribs on Fred Flintstone’s car and tipping it!  Haaaaaa…”Barney Rubble…. what an actor!!!” (Do you remember what movie, featuring a Pittsburgher, that line was from?)

The dual-wheel-dual-big-wide-mirror-sucks-lots-of-gas pick-up truck above should be the guy hauling things like love seats and queen-sized beds that we’ve posted before. 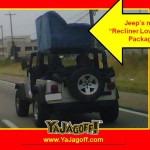 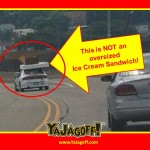 But nooooooooooooooooooooo… SOMEHOW the driver of this truck rationalizes in their head, “I gotta big truck, and 223 feet of straps, a few bungees, some Velcro and a roll of duct tape, so let’s load this mother up!!!” Oh sure, the dual-wheel-dual-big-wide-mirror-sucks-lots-of-gas pick-up truck can handle the payload but how about that whole balancing thing??

We were gonna end this with “get a delivery truck ya…well, you know.” BUT then we thought, maybe this IS the delivery truck!!!!!!  Maybe the purchaser of the hot tub found a “We Haul Anything Including Your Sleeping Mother-in-Law” ad in the same Pennysaver where they found the tub.

Or maybe we’re totally mistaken and this is this is some legit new RV gizmo that, once it’s parked, folds out into a 120 x 110 parkay deck complete with side benches and a 21-piece teak wood dining ensemble and retractable canvas roof.

NOPE!  It’s just someone driving thru Crafton with a hot tub precariously loaded on to the back of their pick-up!

Who ever you are, we hope you stopped at the Flintstone’s favorite rib joint to get lunch and balance out your truck.  In the meantime, here’s a secret from MOST hot tub purchasers:  By the time you figure out how much it costs to install it, fill it, keep it clean and heat it, you end up using it about as many times as you would that dual-wheel-dual-big-wide-mirror-sucks-lots-of-gas pick-up truck when diesel fuel is $6 per gallon.  That’s why it was in the Pennysaver in the first place!

Thanks to Twitter Followers @chemicalPitt and @SchmidtyDad for being our Honorary Jagoff Catchers today.

BTW, if you know the answer to the movie question above, write it in the comments below.