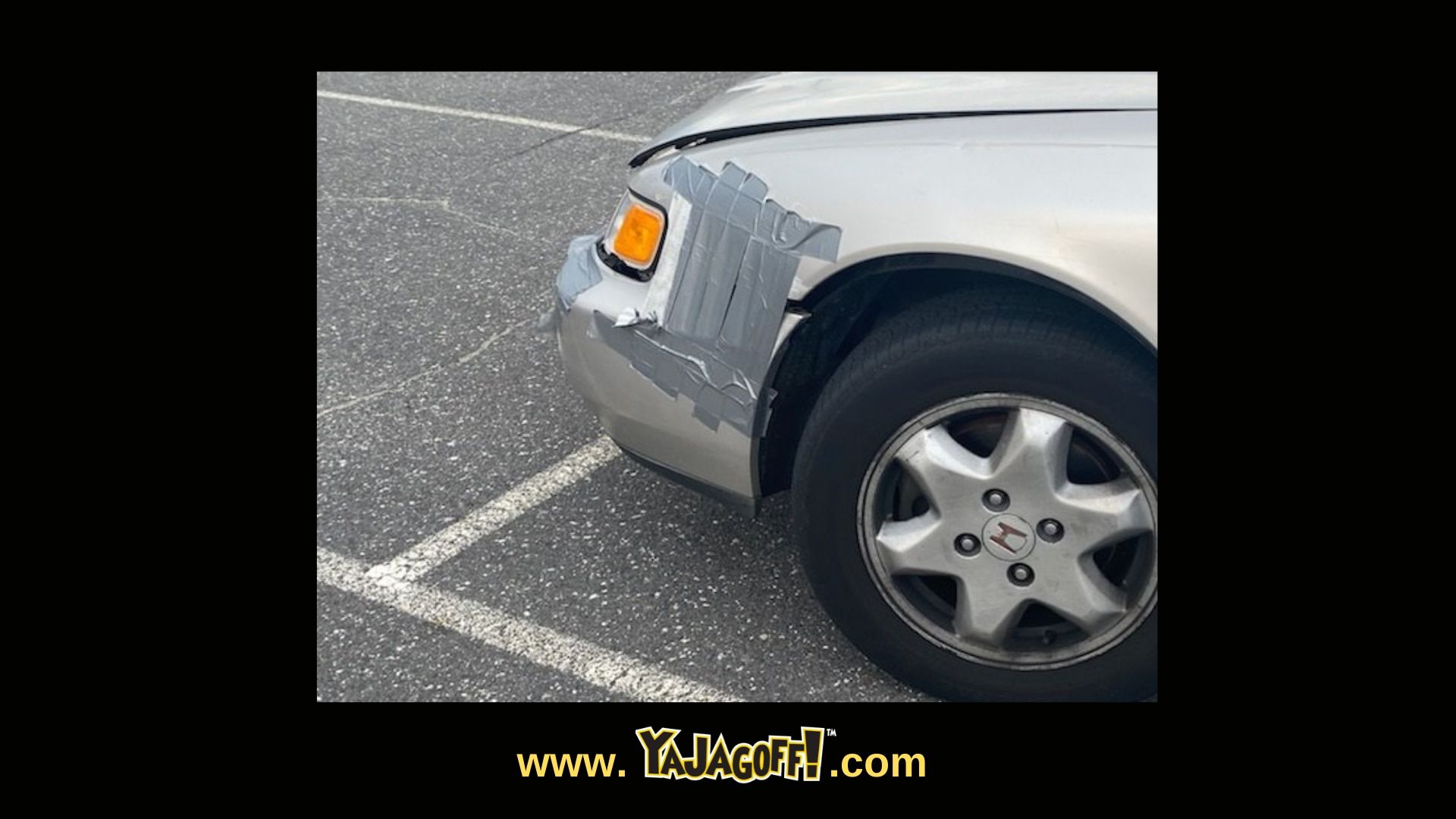 Duct tape is a staple in my house. It has been used for broken lunch boxes, hockey sticks, and I have even seen my husband wrap his bleeding, busted open thumb instead of gauze or a Bandaid.

It is also one of those items that If asked to participate in an impromptu game of Let’s Make A Deal, where you are asked to show random items in your purse or car glove compartment, duct tape would be one of mine.

But it was even surprising for my duct tape family to see a vehicle being held together with the stuff. I mean I have seen bungee cords holding parts on before getting to the service department, or even a piece of plastic in the window until a repair can happen. But a front bumper duct tape job? Much more rare IMO.

Again, we are culprits of using duct tape, and even colored hockey tape to provide quick fixes. Heck, one time I use black hockey tape with mini fire icons on it to keep a Barbie head intact, it was lit. As for duct? It even once served as a pant patch. I mean the pants were gray so you could barely tell. The car concerns me, hoping the service appointment Is soon. But the owner could give e a run for my money if we play Let’s Make A Deal!  Game on, ya jagoff!