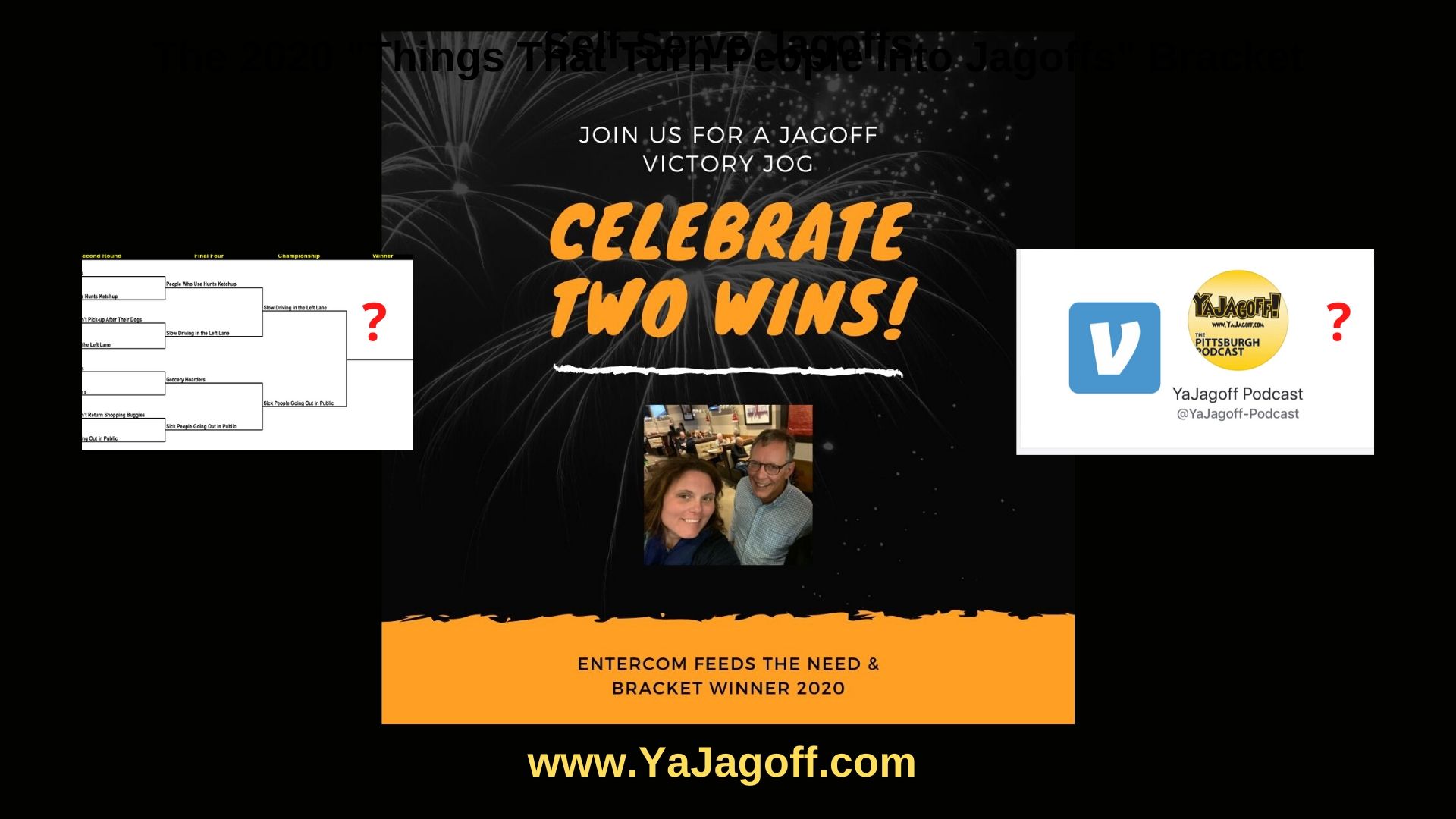 Ok, short and sweet, we had a two week break from actual blog writing thanks to the irritations, annoyances and nuances that yinzers prompt.  Yep the March Madness brackets of bus-riding gum chewers, non buggy putter-backers and other ‘Burgh bothers are spotlighted in a bracket called “Things that turns people into jagoffs.”

Thanks to the lurking and looming little ball of chaos known as the Corona Virus, we crown this year’s winner: Sick People Going Out In Public as the biggest thing that turns our fine Pittsburgh peeps into jagoffs.

In other news related to the pandemic, Entercom, the company who hosts our weekly podcast as well as Y108, 93.7 The Fan, 100.7 Star and KDKA held a telethon to raise money for The Greater Pittsburgh Community Food Bank.  The telethon, appropriately titled Feed the Need, had intentions to deliver 100,000 meals and ended up collecting enough to do 1.5 million meals.  What? That is insane Pittsburgh!  The steel city never ceases to amaze us.

The jagoffs proudly took part in “Jingle your change, ya jagoff,” as part of the Feed the Need initiative.  While we don’t have those kind of numbers to report, we proudly collected over $600 in change over a 10-hour time span—that is $60 an hour full of dimes and nickels and pennies.  If yinz threw quarters in that made a loud jingle.

Kudos to Entercom, cheers to Pittsburgh and let’s keep up the positivity in this amazing city.  Today, we do a virtual victory lap, ya jagoffs!