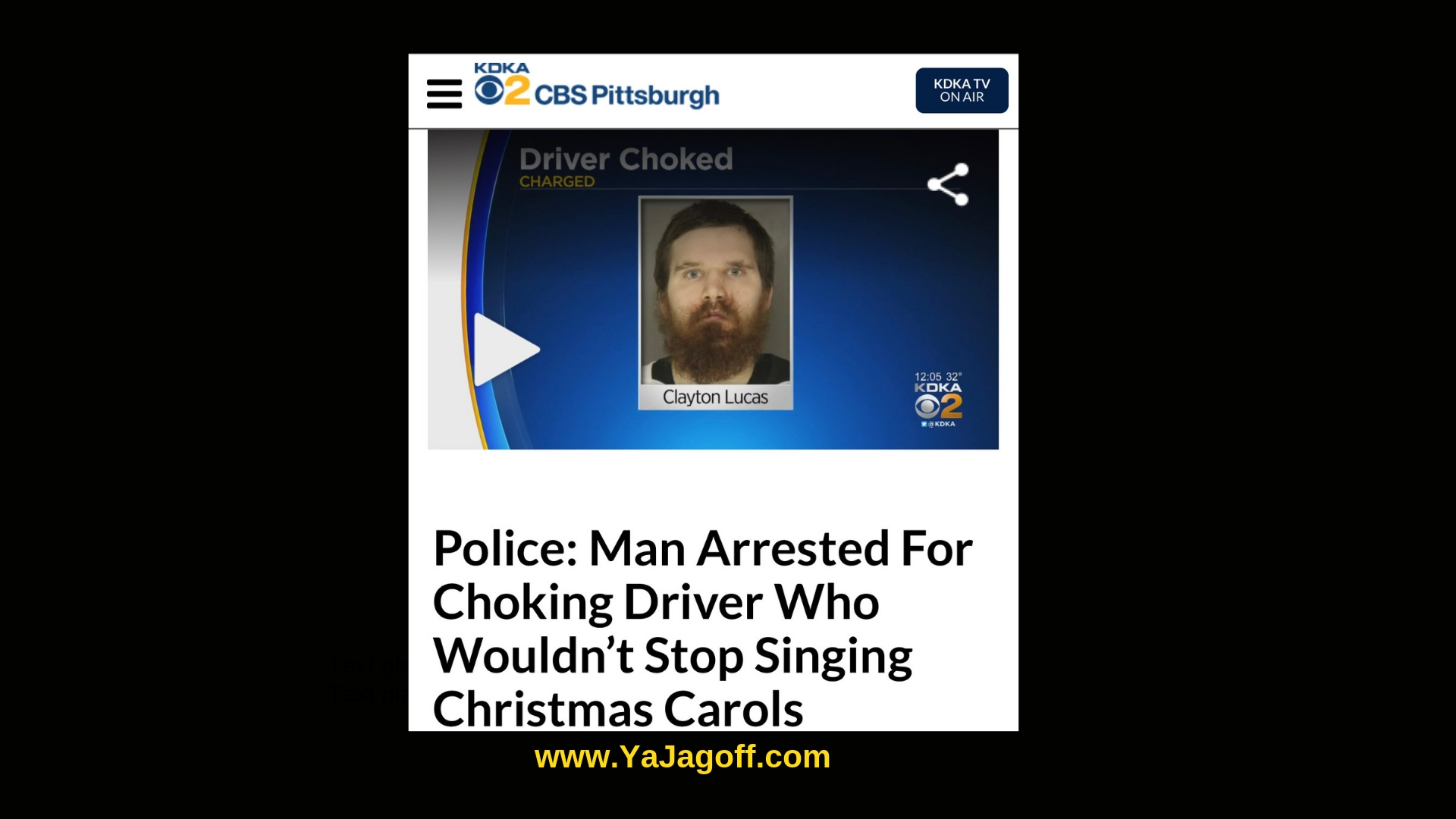 Wow! And you thought you were angry over hearing Christmas songs so early in Walmart.. or the radio stations that run a Christmas-song-only schedule until after 12/26.

Well, Clayton Lucas must have never worked retail! Or maybe he did and, as a result, Christmas songs turn him into an anti-elf werewolf kind of thing.

Clayton was, allegedly, being driven on Pittsburgh’s Route 28. His driver liked signing Christmas songs as it would seem.. even though Christmas was 70+ days ago.

Clay-Play didn’t dig it so he, allegedly, decided to choke is driver to the point that the driver thought he was going to pass out! The driver pulled over and cops were called and, well, Clay-Play got a little handcuff present and a free trip to jail.

See story on KDKA-TV  And many national news outlets

Clay-Play… you gotta chill. Your story has been all over the national news outlets. Look, we know that, even under normal circumstances, Route 28 might put Mother Theresa into a swear word rant equal to 27 truckers at an anti-Prius convention. But this was only Christmas songs! Even if the singing was really bad, I mean, listening and smiling in a patronizing/supportive kind of way… like a parent of a 5 year old piano player who hits all of the wrong notes on stage at their first recital, would be a good choice.

Thank GAWD you have been detained for a bit, Clay Play… because I’d hate to see what you do if you saw my neighbor’s house… they still have a homemade lighted Christmas bow attached to the roof!

Our suggestion…head to jail and work on your 2 and 3-part harmony. Then, when your next driver starts to sing…. you can smile and join right in, YaJagoff.