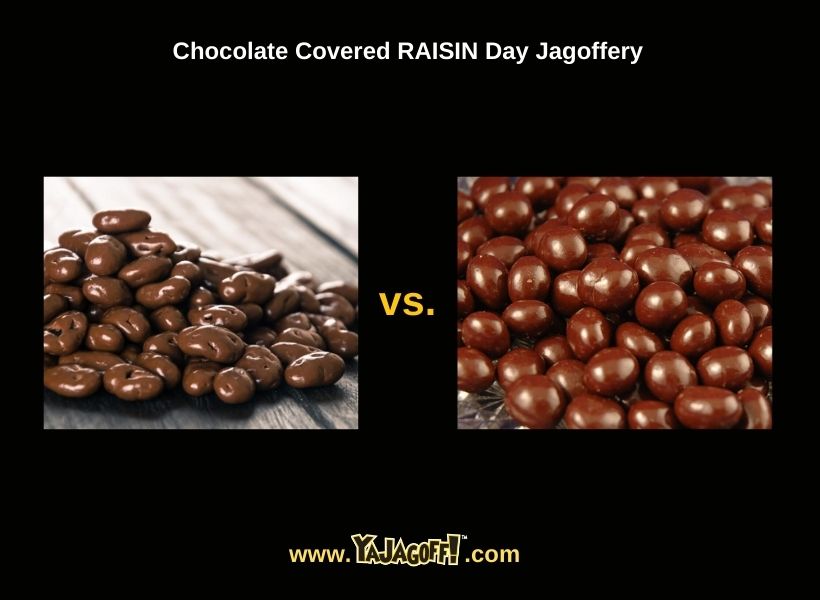 Hey chocolate covered raisins! You’re sneaky and most people only eat you because they think they grabbed a handful of chocolate covered peanuts! Only the smart Dr. Cyril Wecht-level chocolate peanut eaters know to look closely at the little dimples in the chocolate which indicate you’re a raisin vs. a nut. The rest of the folks continue to be disappointed by you… the same way they are disappointed by an oatmeal cookie when they were expecting a chocolate chip cookie or by a square piece of chocolate in a gift box that is an orange cream and not a caramel.

So chocolate covered raisins… surely some people like you. But we believe that a larger amount of people mistake you as a peanut but, there are also others that are craving chocolate so much, that they will scarf you down for their fix…. the way some people fake their way through “white chocolate.”

As of today, National Chocolate Covered Raisin Day, we are officially protesting and creating a petition to have you reveal yourself, blatantly.  Like the laundry pods that ain’t candy or like drain cleaner that has a Mr. Yuk sticker on it, raisins, show yourself in a manner other than those sneaky little chocolate dimples… Ya Jagoffs!