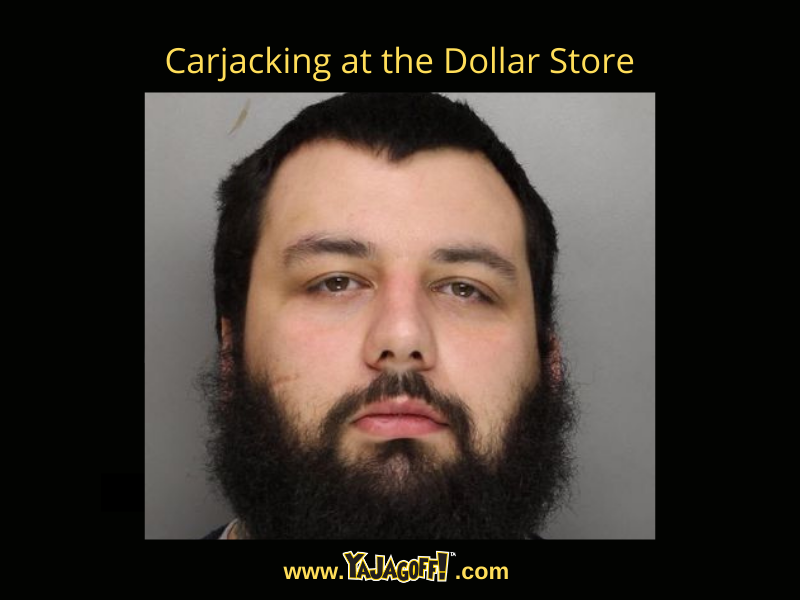 Imagine your grandma’s routine. Church, then the grocery store before heading home to do pretty much nothing because she is in her eighties and well, there is not much left TO do.  Except one day, all she wanted was a quick jaunt to the dollar store during her typical routine to snag some moth balls. Should be an easy grab and go home.  Nope.

Instead, “Jack,” short for carjacker, foils the plan.  Out of nowhere he carjacks the 80 plus year old woman and drives away.  He threw her out of her own grocery getter and just went about his biz. To be clear, it doesn’t matter where he carjacked grammy, but the fact that it was at a dollar store makes the act even worse.

Like did he know gram’s routine and was ready to mess up her day? Is it some sick thing he just likes to do, ya know carjack the elderly? Or is there some deep-rooted payback he had in store for gram?  Like she jumped the line at the dollar store and he will show her?

The good news is gram got off of her tush and identified Jack to a tee, tats and all.  The New Castle police caught Jack.  Enjoy the slammer Jack, no more joy rides for you, ya jagoff!

Read the full story thanks to KDKA