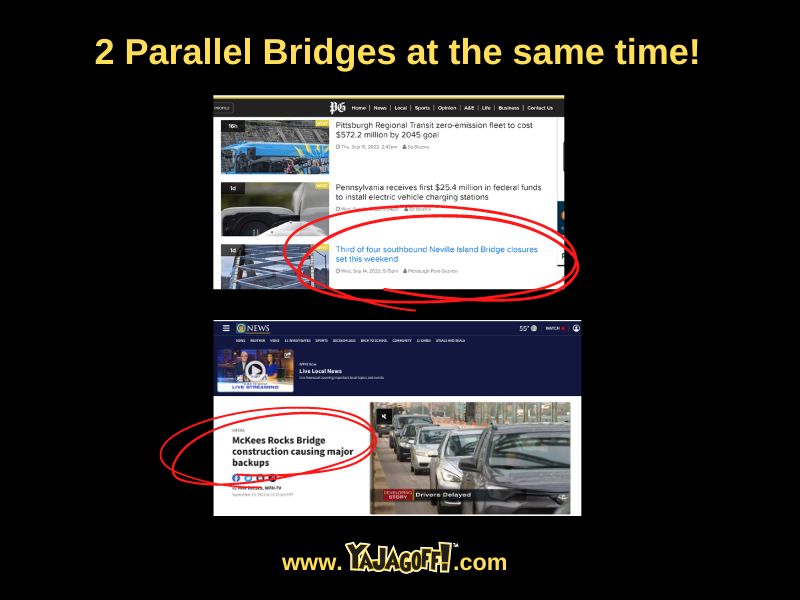 This pic: The McKees Rocks Bridge and the Neville Island Bridge on Interstate 79 are parallel bridges.. alternate routes for each other.. .and both under construction at the same time!

That one alley in Sharpsburg that goes behind where the pizza place that used to be the donuts place is now.