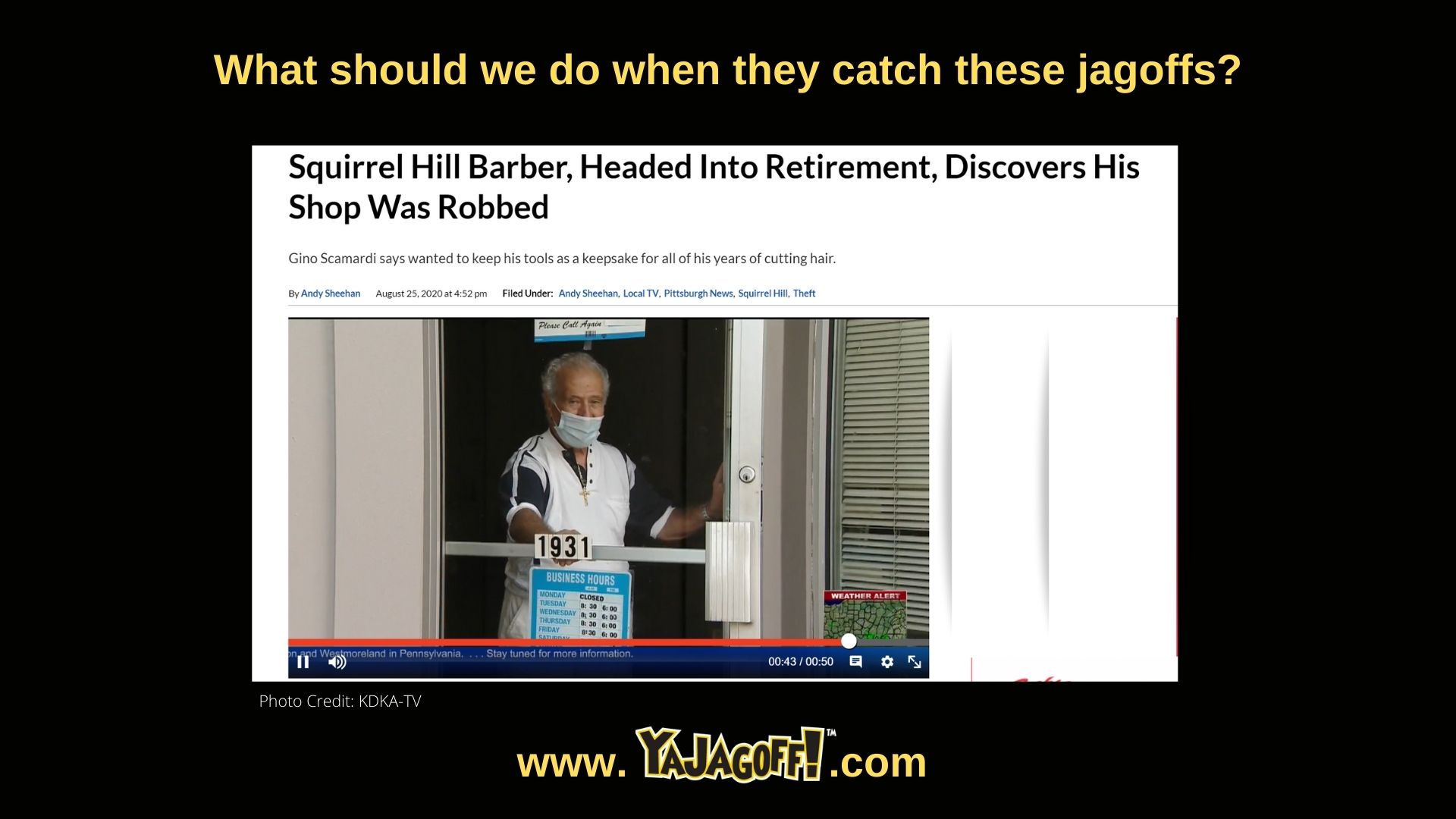 “Gino Scamardi says wanted to keep his tools as a keepsake for all of his years of cutting hair.” – KDKA-TV

He’s been a barber in Squirrel Hill for 60 years. He gave his last haircut, last Saturday.  He collected his tools of the trade, scissors and razors, into a suitcase to take with him as memories of all of the conversations he had while trimming around someone’s ears.

Well, that retirement plan is spoiled because someone broke into the barbershop and stole his bag of memories.  In the terms of our friend, CL, “Who does that?” Who emotionally tortures a guy like Gino who has worked hard to earn a buck as a part of the community for 60 years?

We don’t know who it was yet but we wanna gear up on a solid plan of punishment for when they catch the thieves.

First, they sit in a gynecological exam chair vs. a barber chair. Second, we gear up with a couple of used disposable Bic razors that we found in a neighborhood dumpster. Hopefully previously used by a hairy neighbor that shaves himself regularly for swimming or bicycling. Then, we shave their legs, arms, face and chest completely.. no soap, no Harry’s Razor lotion, no nuthin. Once shaved, we paint their open pores with that green disinfecting juice in which the dirty combs soak. That’s gotta “stimulate” those open pores a bit. Then, we get Gino’s household weed whacker and use that to trim their pelvic region AND their eyebrows.  And for the head, maybe we trim it very close with a #3 blade and then, we get some duct tape that we apply to the head and then pull it off quickly, repeatedly, until the head is bald. After all of this, since Gino should be RELAXING in a nice hot tub, we dunk the culprit into a hot tub of bubbling rubbing alcohol.. you know.. just to wash off the green juice residue and make sure that our culprit is Covid free. While in the hot tub, Gino gets to tell the culprit his fave stories from his 60 years of cutting hair. Maybe like 1 story for every year. And after that, Gino gets to escort the culprit(s) to the magistrate for arraignment.

We were thinking that Gino should have a hand in this but, he is already retired so, maybe he should just sit back in an old barber chair and enjoy. And maybe we do this while he’s listening to some Italian mandolin music and sipping on a glass of Italian wine.