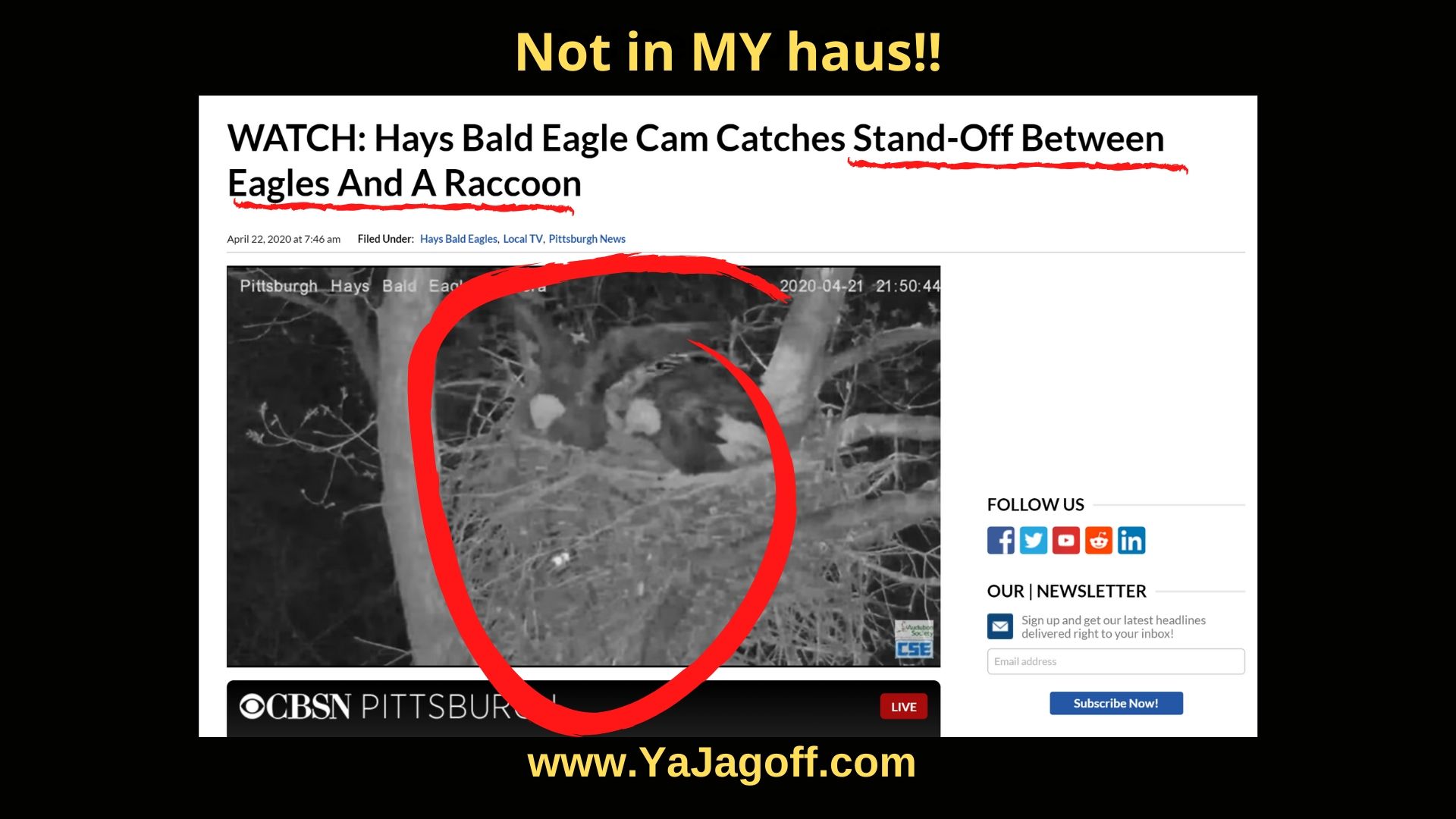 In case you didn’t know it, the Hays section of Pittsburgh STILL has some bald eagles.  They are now visible on the 24-hour Cam here . So it’s kind of like an aviary version of Housewives of Jersey Shore.

Well, the other night, the Eagles-in-Hays version of the  “Pauly D tries to steal some panties from Snookie’s undie drawer” happened.  A local raccoon (at least we think he was local but that’s not confirmed) tried to steal the recently laid bald-eagle eggs from the nest.  And the reaction was pretty close to a Snookie-on-crack-what-are-you-doing-in-my-room kind of thing from mama eagle.

Here’s part of the story from KDKA-TV:

The raccoon had climbed under their nest and for about 20 minutes, the eagles and the raccoon found themselves in a stand-off.

After a while, the eagles were able to back the raccoon down the tree.

If you watch the video, you’ll see the possum sneaking up the tree trunk. In the picture, you can see his eyes glowing and the eagles makes themselves very big with their wingspan span. He looks twice, and then retreats back down the tree trunk. “Uh-Oh.. this ain’t the Giant Eagle Eagles’ Nest I was picturing!” And it didn’t have anything to do about the eagle not wearing a PPE mask.

It’s an awesome thing to watch nature but like this but, it’s even MORE awesome when it’s a Pittsburgh eagle and she’s gettin’ all “You best get away from my eggs…if you want eggs, take your big ol’ ass down to the Eat’n Park Buffet.  Cause if you take one thing from this nest, I’m gonna make this like I’m a 6-hour-tailgating-Steelers-fan on a Sunday night game, and you’re a Ravens fan that walked by me and said, Franco Harris ain’t no Terrell Suggs, Ya Jagoff!“